A homeless man who risked his life to save the life of a D.C. police officer was reunited with his family this week after they spotted him on TV. They hadn’t seen him in eight years and had thought he was dead.

John Burrows jumped into action when he saw another homeless man attacking a police officer in downtown D.C. the morning of July 2. The officer was responding to a report of an assault when the man turned on him and stabbed him in the head with scissors. Burrows helped get the man under control.

"I was really mad at the guy for just stabbing him for no reason. That made me mad,” Burrows told News4 later that day. “They're my cops. This is my city and I don't want you stabbing them."

Burrows’ niece, Renee DuPerow, saw him on News4 that night. The D.C. Department of Human Services helped find Burrows, get him a place to live and raise more than $20,000 for help him get back on his feet.

When Burrows and his niece saw each other on Tuesday for the first time in years, they hugged for a long, long time. D.C. Chief of Police Peter Newsham met with them and said Burrows’ actions will never be forgotten.

“What you did for our officer — seriously, God bless you for that. We really appreciate that. You really saved his life,” he said.

The officer had non-life-threatening injuries and was set to be released from a hospital on the day he was attacked.

DuPerow said she was stunned to see her uncle on News4. 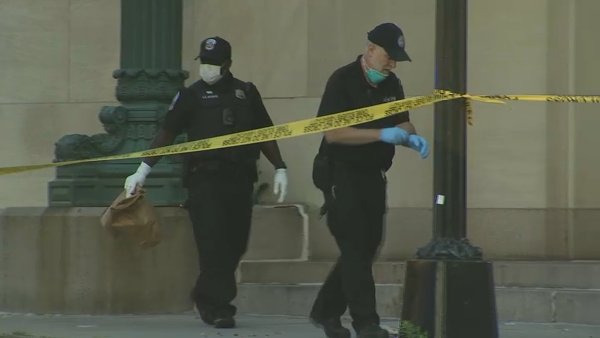 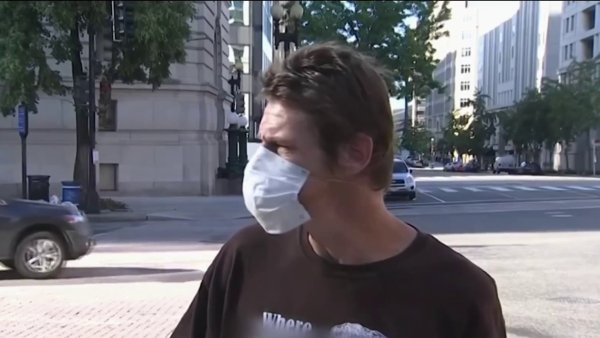 She rubbed her uncle’s back, both wearing face masks as the coronavirus pandemic continues. Burrows’ mother and uncle were set to travel to D.C. to see him after he had lived on the streets of D.C. for more than two decades.

The Department of Human Services got Burrows a hotel room until he can be placed in permanent housing. A fundraiser started by the department “per the request of the community” has raised more than $20,000. One person donated more than $1,000.

The family hopes their reunion will mark a fresh start. Now that Burrows has connected with his family again, he said he plans to hold on.