The Great Dismal Swamp served as a refuge for people fleeing slavery. It was considered wild and inhospitable for hundreds of years

Welcome to the Great Dismal Swamp?

The city of Chesapeake is evaluating a plot of land for a visitors center to draw more attention to the Great Dismal Swamp National Wildlife Refuge in Virginia and North Carolina.

The Virginian-Pilot reports the city plans to evaluate a 2-acre plot next to the Dismal Swamp Canal Trail to see if it's a good place for a center. The feasibility study costs nearly $36,000 and would take roughly four weeks.

Officials say the city would share the facility with the U.S. Fish and Wildlife Service, which would buy the property and build the center. They say about $490,000 is available to buy the property. No funds have been allocated for construction, which is estimated to cost as much $8 million.

Advocates say the decades-old plan would draw tourists traveling into the area along U.S. 17.

The swamp is home to black bears and hundreds of species of birds.

The Great Dismal Swamp served as a refuge for people fleeing slavery. It was considered wild and inhospitable for hundreds of years, according to the Fish and Wildlife Service. 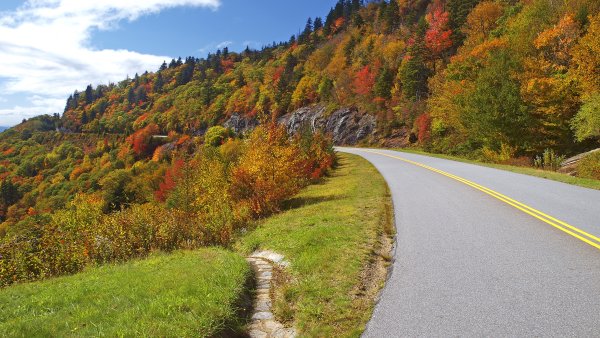 Fall Colors 2021: When and Where to See Autumn Leaves in the DC Area

In 1732, Col. William Byrd II led a surveying party through the swamp. He called it a "vast body of mire and nastiness ... very unwholesome for inhabitants," according to a a brochure on the history of the swamp and the Underground Railroad.