“To See My Daughter Smile”: Three Months After Horrific Crash, Ken Gemmell Looks Toward the Future

There was a time when Ken Gemmell had it all. Three beautiful children: Arabelle, Cole and Devin. The love of his life: his college sweetheart, Marie. Their home together on a quiet cul-de-sac in Maryland.

Arabelle, age seven, took delight in being a big sister.

Three-year-old Cole loved to use his father as a jungle gym. A family photo shows the little boy sitting on his dad's head as Ken laid on the floor. "He'd use me for seats, ladders, whatever he could," Ken Gemmell recalled recently.

And the family had just grown again. Baby Devin was only seven weeks old. 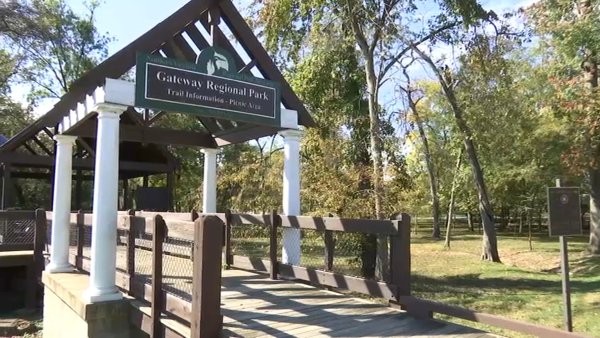 Caring for a newborn didn't slow them down a bit, Ken remembers. "We were always out and about," he said. "I know a lot of our friends didn't know how we did it, with two or three kids, getting out as much as we did."

But all that was before one day changed everything.

On Dec. 8, 2014, a private jet with three aboard slammed into their Gaithersburg neighborhood, a wing clipping another house before piercing the Gemmells' home, engulfing it in flames.

It was a Monday morning, and Ken Gemmell was at work. Arabelle, a second grader, was at school.

But Marie and the boys were home, trapped inside.

In 911 calls, shock and alarm is evident in callers' voices.

"I just saw a jet hit a house! The house is on fire," a caller told a 911 dispatcher. "When he came in on final [approach], it flamed out and he went straight down into that house."

All three people on the plane perished in the crash. Emergency crews rushed to the scene, but the intense flames and structural damage kept them from getting inside the home.

On Christmas Eve, a group gathered to wrap and deliver presents from across the country for the surviving members of a family whose home was hit by a small plane near the Montgomery County Airpark earlier this month.

Around 11 a.m., Ken began getting calls about the crash, described as somewhere in his neighborhood.

"They didn't know where it was," he said, remembering the horror of that day less than three months ago. "At that point, I started calling my wife, and there was no answer."

When he reached the neighborhood, police wouldn't let him get close enough to see the house.

"I think we probably knew they were in there, but we didn't know for sure, so we were holding out hope that maybe they got out and were somewhere else," he said.

But Marie never answered her phone.

Five agonizing hours later, Ken's worst fears were confirmed: Most of his family was gone. Their bodies were found in an upstairs bathroom, Marie cradling her sons, trying to shield them from the smoke and flames.

"I knew she was trying to do everything she could to keep them, and keep them calm and try to save them if it was possible," Ken said. "...[T]o make sure it wasn't painful for them."

A day after the crash, Ken Gemmell posted on Facebook: "No words can describe the enormity of our loss and sadness over yesterday's tragedy. We lost Marie, the love of my life and college sweetheart, and our two young, innocent and joyful sons -- a loss that no person should ever endure."

A community paid its respects to a woman and her two young sons who were killed when a plane crashed into their neighborhood this week. News4’s Derrick Ward has more on the tribute.

The devastating loss touched the nation. Within just days of Ken and Arabelle's unimaginable loss, an online fundraiser had collected nearly half a million dollars, and donations of clothing and toys poured in.

The Denver Broncos, the Gemmells' favorite team, also reached out, flying Ken and Arabelle out for a game.

Ken said the trip was difficult, but that it was good for Arabelle.

"It's overwhelming," he said "I [thought], we're only here because of what happened, and for me, that hurts a little bit. But to see my daughter smile at those events, it's really cool."

Ken and Arabelle also lost their dog and their home, which was gutted by the fire and later torn down.

They have no plans to return to the site on Drop Forge Lane.

Instead, they're doing the best they can, starting over in a new home. But amidst the scores of new, donated belongings sit the few things they were able to salvage from the wreckage.

Picture frames. A teacup. A family tree that Cole made, with Marie's help.

As Ken Gemmell and his daughter work through their grief, Ken encourages her to move forward.

"As I've told my daughter, we don't want to let this completely defeat us," he said. "We don't want this to become what defines our lives, or ruins the rest of our lives going forward. For the most part, we just need to persevere and do what we can to honor Marie, Cole and Devin."

If there's one thing Ken Gemmell wants others to know, it's this: "Just how great of a mother she was. She really did love the kids so much."

Anyone who's heard of Marie's heroic act knows that to be true.