A group of D.C. singers just returned from a groundbreaking trip.

For 35 years members of the Gay Men's Chorus of Washington have been singing their story of acceptance and equality mainly around the D.C. area, but this summer they were the first openly gay chorus to ever tour through Cuba.

It was only a short 45 minute flight from Miami that carried the 20 singers to the country in July, but for many members, it felt a world away and had them wondering what kind of reception they would receive.

“The concept of being somewhere that's controlled by a regime is so hard to fathom,” said singer Rob Finn.

"What will nine days of out, proud gay men do to an island that's rustling with its own civil rights struggle?" wondered Michael Hill, president and CEO of the non-profit Youth for Understanding USA, which helped coordinate the historic trip.

They arrived at their hotel the first day to find something unexpected, the Pride flag flying out front, the first time it had ever flown in a state-run space in Cuba. 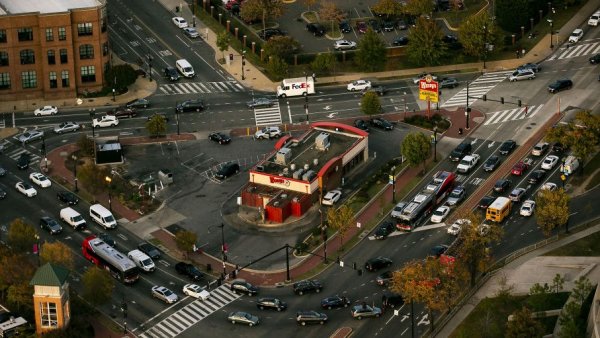 In just more than a week, these D.C. singers performed 21 different times in and around Havana. Singer Jay Gilliam admitted the trip was exhausting but enlightening. "I was surprised there wasn't animosity towards Americans,” said Gilliam.

The chorus was busy from sun up to sun down and kept on a very tight schedule. Singer Patrick Nelson said, “I think we saw what the government wanted us to see. But on the other hand, we had enough time to talk to individuals and to do things that were kind of off the plan.” Some of that free time included riding in those classic cars everyone has heard about. Jack Reiffer, who’s been with the chorus for 18 years laughed as he told News4, "I was seeing cars that i drove in high school. I’m an old man."

The group had the chance to take in some nightlife with a visit to the famed Buena Vista Social Nightclub, where they were invited to perform on stage. The chorus also traveled outside downtown Havana a few times, swimming in a mountain river at biosphere reserve called Las Terrazas and touring Ernest Hemingway's palatial estate, a stark contrast to the many once-stately buildings now sitting in disrepair.

But when asked to describe the highlight of the trip, most pointed to the people they met, including students at a cultural center in Arroyo Naranjo, who shared their own music and dance, and young adults from the Mariana de Gonitch Chorus, who did an entire set of American pop songs in English. “I think you can reach people through music that may not necessarily agree with your message,” said singer Jarrod Bennett.

One performance seemed to really touch many of the chorus members. It was the day they arrived at a senior center, inside a reformed 18th century convent, where more than 400 people showed up to hear them sing. "I kind of just expected them to just sit there and listen,” said Patrick Nelson. "They were all so excited when it was over and wanted to come up and talk and wanted to hear about the music."

This journey of a lifetime seemed to impact not only the Gay Men’s Chorus of Washington but many of the people that attended their concerts. "It is the first time this has happened in Havana, and I think it has major importance for gay people and everyone in this country,” Cuban resident Carlos Alberto Hernandez said after attending one of the concerts. And Cuban writer Tomas Fernandez Robaina exclaimed, “I never thought that we would see this. For me it was something incredible to show the people that times have changed in Cuba, that we are in a period of changing.”

The chorus ended each concert with one of its anthems, "Make Them Hear You," first in English, then in Spanish. “Love is really the core of all the repertoire that we’re singing,” said GMCW artistic director Thea Kano. As she often tells her singers before each performance, “Someone in that room needs to hear us.” Two countries finding a way to relate through song. “We all want to be able to express ourselves freely, to be accepted by our families by our society and by our government,” said singer Jay Gilliam. "So I think we're all fighting for that."