A former Maryland governor says he was wrong to deny early release to prisoners sentenced to life.

Democrat Parris N. Glendening denounced his 1995 declaration and called for the governor to be removed from the parole process. Glendening campaigned a strict stance on serving prison sentences, signing parole papers for lifers only when they are terminally ill.

Maryland is one of only three states that require governors to sign off on parole for inmates sentenced to life, according to the American Civil Liberties Union.

"I must say in all candor, I was wrong," Glendening told CBS Baltimore on Wednesday. "If I was in office right now, I would [work] with the legislature to change that process including removing the governor from it."

For more than 20 years, no Maryland governor has signed off on a parole board's recommendation to release a lifer who committed a crime as a juvenile. The state has 271 juvenile lifers whose sentences give them a chance for release, the Associated Press reported in July.

People who are sentenced to life in prison with the possibility of parole must wait 15 years before petitioning for early release. That number jumps to 25 years for those who are now serving life in prison after receiving a death penalty verdict.

Parole commissioners and hearing officers hold hearings via video conferences and in-person meetings in correctional facilities throughout Maryland. The Maryland Parole Commission then makes a recommendation to the governor, who ultimately has to approve release. 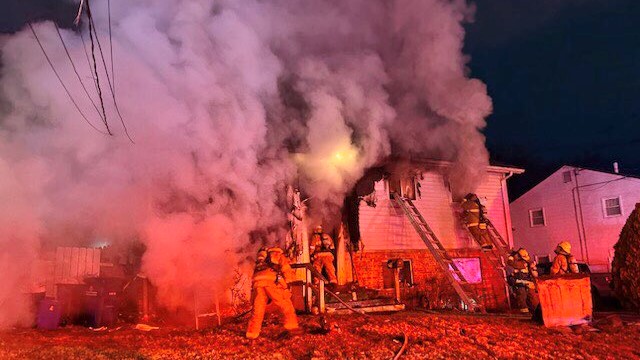 Republican Governor Larry Hogan says the decision should be left to someone directly accountable to Maryland citizens, not the parole board. Since taking office in January 2015, Hogan has granted parole for two individuals with life sentences, but neither was sentenced to life in prison as a juvenile, according to a press released on Hogan's website.

The ACLU has challenged Maryland's parole system, and the state General Assembly is considering legislation to take the responsibility away from the governor.

"For years, lifers and their families have tried to get the state to live up to the promise of second chances that a parole-eligible sentence is intended to provide," ACLU Staff Attorney Sonia Kumar said in a statement.

At a January 2017 hearing, the state urged the court to dismiss the case, arguing it was without legal merit. U.S. District Court Judge Ellen Lipton Hollander rejected the motion the following month.

"A parole procedure does little in the way of actually making parole a possibility when the decision of whether to commute a sentence is entirely up to [the governor's] discretion and the political tides of the day," Hollander said. "And, a system of executive clemency, which lacks governing standards, does not constitute a meaningful opportunity to obtain release for Juvenile Offenders..."