Dozens of families who fled Afghanistan after the Taliban took control of the country landed on Tuesday at Washington Dulles International Airport.

A Qatar Airways flight arrived at the airport outside Washington, D.C., in the afternoon. Passengers waited to be relocated by the federal government.

An Afghan woman named Bushra was on that flight with her husband and young child.

"I want to take this moment and thank the American people and Afghan people who have lost their lives, and I want to honor both of them. Thank you," Bushra said.

In Afghanistan, Bushra worked for the Tragedy Assistance Program for Survivors, an organization that supports people grieving the death of a loved one who was in the military. Once the Taliban seized control of the country, TAPS worked with the State Department to get Bushra and her family on one of the last commercial flights out of the country.

"Oh my gosh. It was, it was beautiful just to know they've arrived in America. They're safe," said Bonnie Carroll, of TAPS.

Bushra worked with Afghan women to make blue bracelets for TAPS, which sold them to support American and Afghan families who lost loved ones in the war.

"I just arrived in America, and I'm really grateful to people who supported this project that I have been working for," Bushra said. 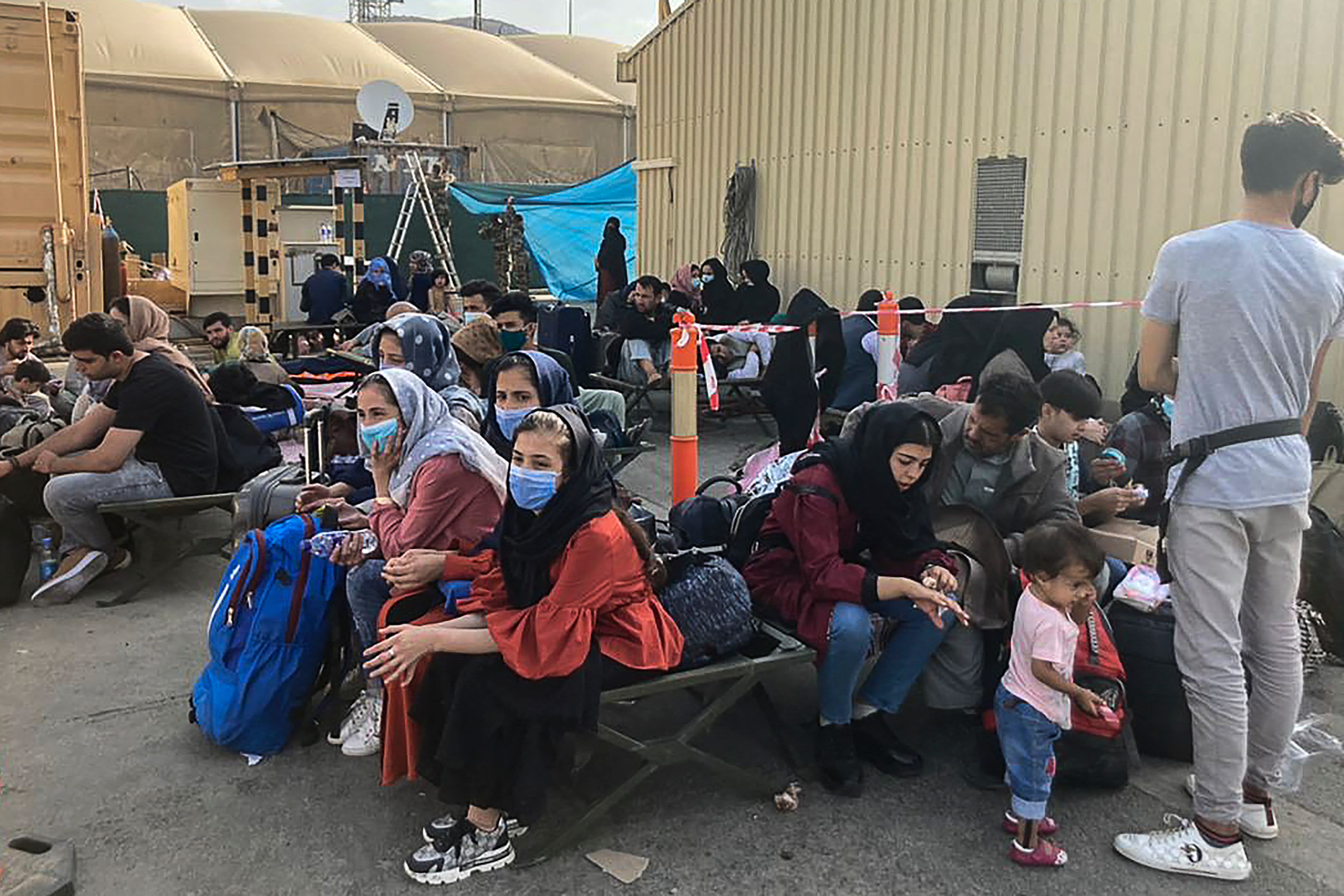 Afghanistan Evacuations Speed Up Amid Reports of Taliban Violence, Crackdown on Women's Rights

Commercial flights out of the country are extremely limited, with some canceled. But a handful of flights were scheduled to depart for Istanbul, Dubai and a few cities within Afghanistan, CNBC reported.

Thousands of Afghans desperate to leave swarmed the tarmac at the Kabul Airport Monday. Some fell and died after trying to cling to departing planes.

After nearly two decades of war, more than 6,000 American lives lost, over 100,000 Afghans killed and more than $2 trillion spent by the U.S., the speed of the Taliban takeover of Afghanistan shocked the world, CNBC reported.

In April, Biden ordered the Pentagon to withdraw U.S. troops from Afghanistan by Sept. 11, a decision he said was made in lockstep with NATO coalition forces.

Biden defended his decision to leave the country on Monday and placed the blame squarely on the Afghan national government.

“The developments of the last week reinforce that ending U.S. military involvement in Afghanistan now was the right decision … Here’s what I believe to my core: It is wrong to order American troops to step up when Afghanistan’s own armed forces would not,” Biden said.