"Two women were at the window ...and they were just screaming and screaming for help"

A three-alarm fire that ripped through an apartment building in Fort Washington, Maryland, Sunday morning was accidental, and caused by an electrical problem, investigators said Monday.

The fire left people crying for help on upper floors after some tried to extinguish it with handheld fire extinguishers, investigators said.

When Prince George's County Fire and EMS arrived, they found fire and smoke coming from a third floor apartment.

A witness told News4’s Derrick Ward that a woman cried for help to save her children.

“This lady is screaming, saying, ‘Help me, help me get my kids. Somebody call 911,’” Tiara Parker said. “So I get on my balcony and then I see her with her kids on her balcony. I saw guys running over there and she started tossing them off of the balcony, tossing her kids. And then next thing I know, she got down, and that’s when it got real bad.”

"Two women were at the window, and smoke was just going, and they were just screaming and screaming for help," neighbor Karen Craig said.

Firefighters made several rescues. At least one person was trapped on an upper floor. 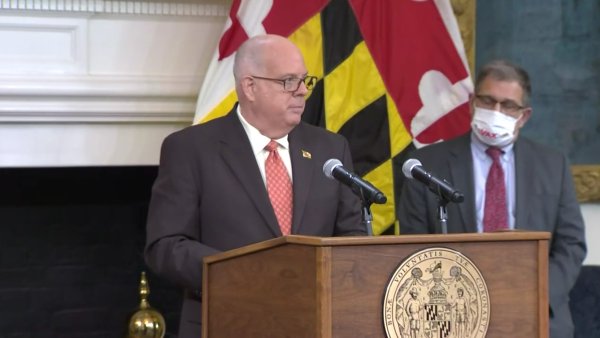 Two people were rushed to a hospital with non-life-threatening injuries, including a woman in her 80s who jumped from her top-floor window to escape the flames, a spokesman for the Prince George's County fire department said.

Four people, including a firefighter, were evaluated at the scene.

About 30 people who live in 11 apartments were displaced. Residents were standing outside in their pajamas.

The fire broke out at Glen Rock Landing Apartments in the 2500 block of Corning Avenue near Glen Rock Avenue. Officials received multiple panicked 911 calls about the fire about 8:30 a.m.

The fire completely gutted one apartment. Residents stood nearby in their pajamas.

Investigators believe some residents tried to fight the flames for too long before calling for help. Fire officials said the building's fire alarm bells were never pulled and activated, which meant many residents didn't have enough warning of the fire.

The fire department said residents should stop trying to put out a fire and exit a house or apartment once a fire grows larger than the size of a cooking pan or small trash can. Residents should also call 911 as soon as possible and activate the fire alarm on the way out of the building so others can escape.

The cause of the blaze is under investigation. Damages total $150,000, the fire department estimates.

Video shot by a viewer shows flames leaping from the roof of the building.