The FBI director declined to comment on the cause of the death of U.S. Capitol Police Officer Brian Sicknick, who collapsed after responding to the Jan. 6 attack on the Capitol and died the next day.

FBI Director Chris Wray told the Senate Judiciary Committee Tuesday the agency is “not at a point” where it can disclose or confirm the cause of death. Wray was responding to a question by Republican Sen. Chuck Grassley about how the officer died.

Grassley asked Wray if he was saying the FBI has determined the cause of the officer’s death. Wray says he “didn’t say that." 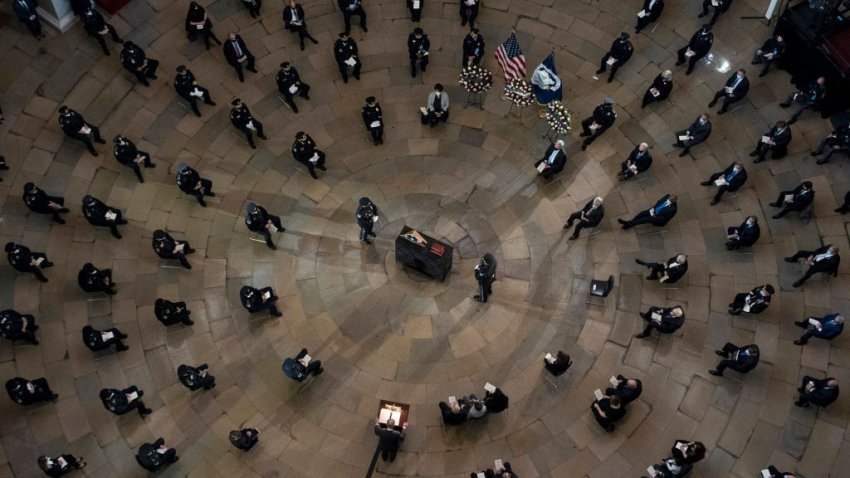 Wray says there's “an ongoing investigation" into the officers' death.