“The whole world will listen to Joaquin today"

The father of a teen boy who was shot and killed at his school in Parkland, Florida, in a mass killing four years ago that left 17 people dead climbed a downtown D.C. construction crane in protest on Monday.

“With Congress unable to pass popular life-saving reforms, President Biden must live up to his campaign promises, prioritize gun violence prevention, and take immediate action to build safer communities across the nation,” the group said in a statement.

Oliver; Emm Augusta-Smith Talarico of Northwest D.C.; and Alexander Sherwood Lundberg of St. Louis Park, Minnesota, were arrested and charged with unlawful entry and destruction of property. The destroyed property was a lock, according to a police report.

The parents of Joaquin Oliver, who died in the mass shooting at Stoneman Douglas High School, were in D.C. to draw attention to gun violence.

Manuel Oliver appeared to send tweets from the top of the crane.

“The whole world will listen to Joaquin today,” one message said.

A man could be seen being escorted down from the crane at about 9:30 a.m.

The White House issued a statement earlier Monday mourning the deaths of the 14 students and three educators killed at Marjory Stoneman Douglas High School on Feb. 14, 2018.

“We can never bring back those we’ve lost. But we can come together to fulfill the first responsibility of our government and our democracy: to keep each other safe. For Parkland, for all those we’ve lost, and for all those left behind, it is time to uphold that solemn obligation,” the White House’s statement said in part. 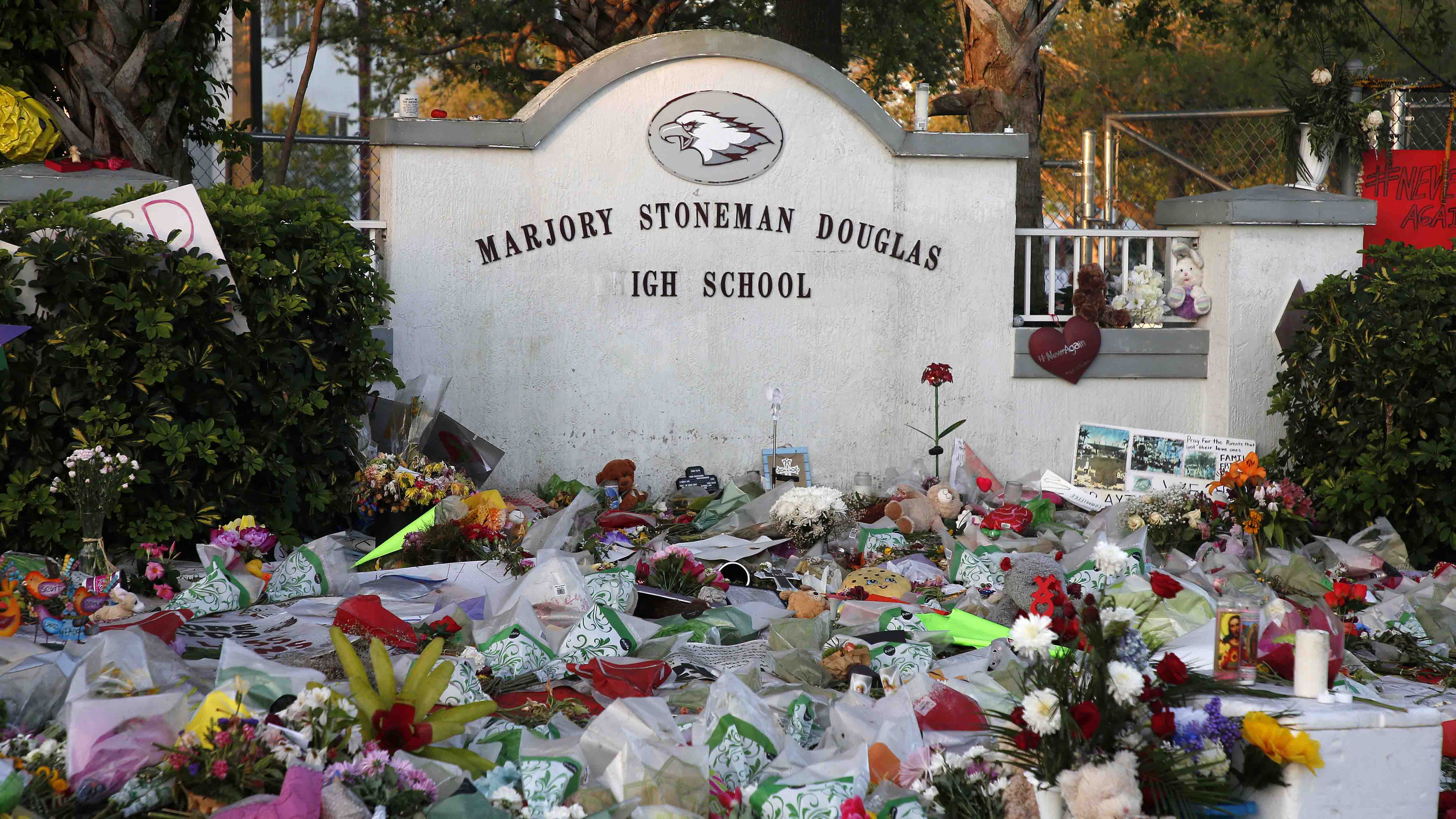 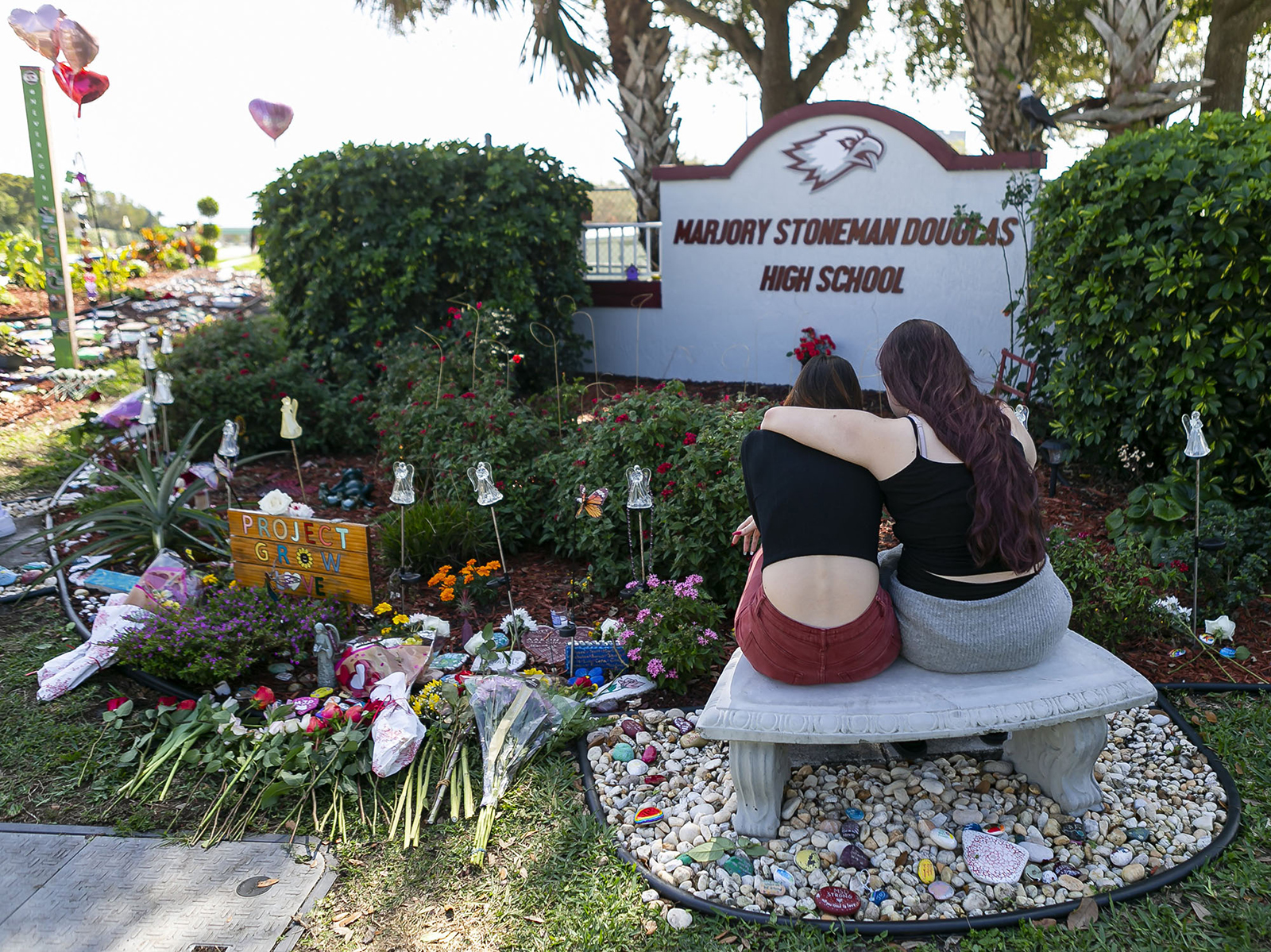 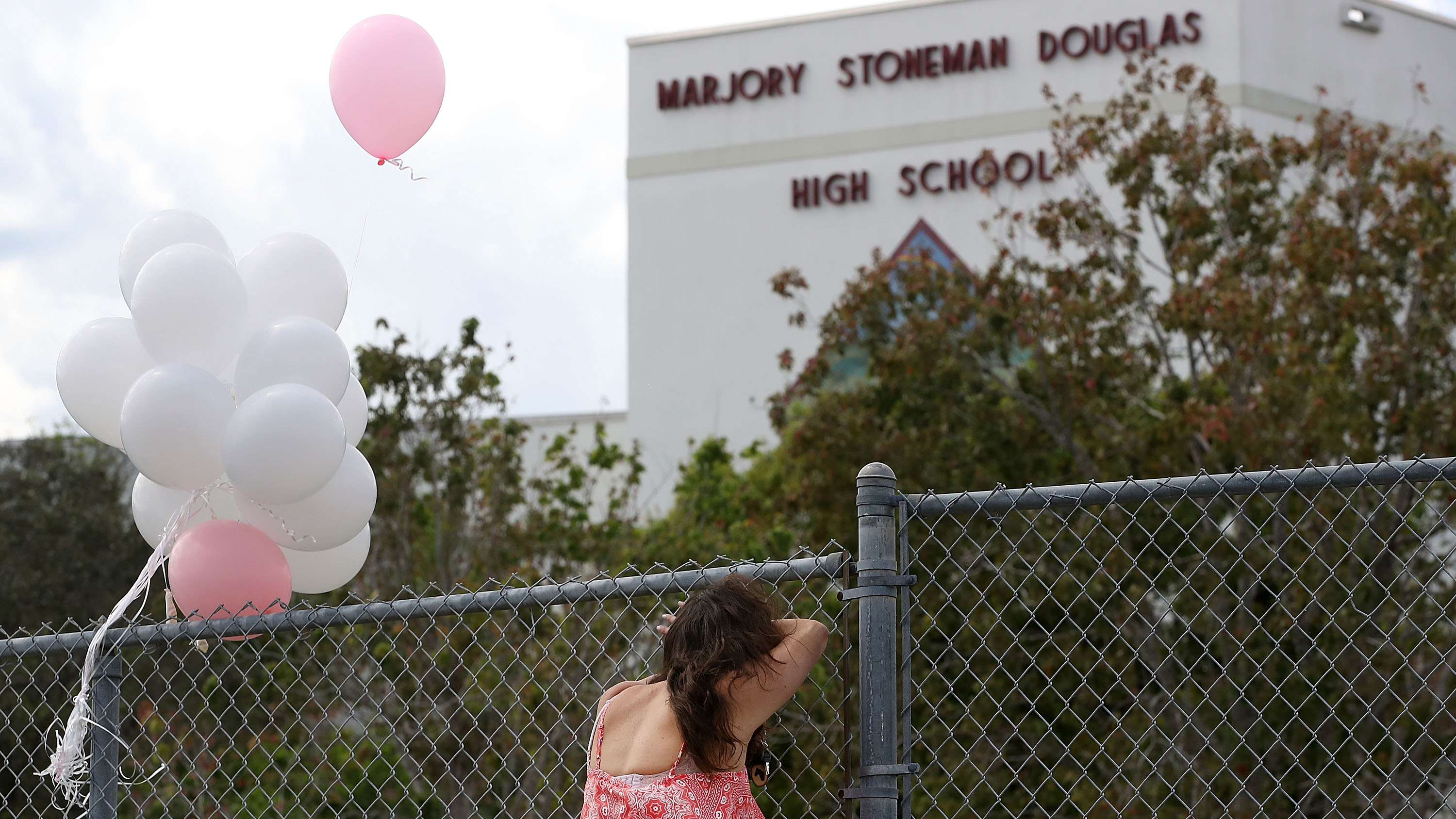 Manuel Oliver has repeatedly drawn attention to the tragedy of gun violence in the years since he lost his son.

In 2018, he draped a bulletproof vest over the "Fearless Girl" statue in New York City, transforming her into "Fearful Girl."

“The Fearless Girl is undeniably brave, but bravery isn’t bulletproof,” a statement read.

Manuel and Patricia Oliver founded an organization called Change the Ref, which they say "uses urban art and nonviolent creative confrontation" to expose the effects of mass shootings.

The family of Joaquin Oliver, a student killed in the Parkland shooting two years ago, held a vigil for the massacred students and protest for stricter gun control on the National Mall Friday.

Two years ago, the family marked two years since the shooting by visiting the National Mall, where they held a vigil for the massacred students and demonstrated for stricter gun laws. The family also joined a group holding mock newspapers displaying articles about mass shootings that occurred after Parkland.

"Some people might be wondering that we're here," Manuel Oliver told News4 at that demonstration on Feb. 14, 2020. "'Oh, they should be home, praying and crying and feeling bad.' I want to make sure that you don't have to be sorry about us. You have to be sorry about yourself if you're not doing something. We are here because we think that we can save other lives."