"We can hopefully change the laws and we can get something implemented where this won't continue to happen to our young Black men," Paul LeRoux said.

At a rally demanding justice for a man shot and killed by police in July, the Silver Spring Justice Coalition called on Montgomery County to make changes in the way it handles people in mental distress.

Ryan LeRoux, 21, was shot and killed by police at a Gaithersburg McDonalds on July 16, after authorities said they received a call about a customer who had ordered food but was refusing to move through the drive-thru lane. Police said LeRoux had a gun in the front seat. 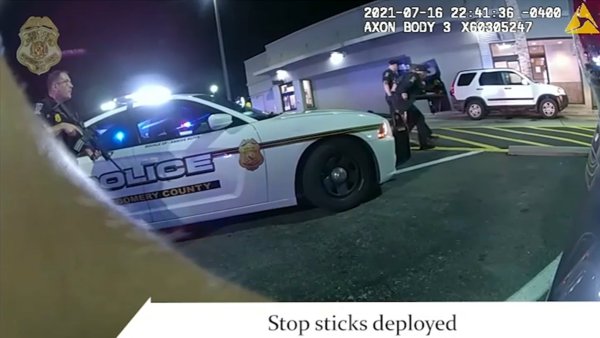 After a stand-off that lasted around 30 minutes, Ryan LeRoux’s father, Paul, told News4 that officers fired 24 shots. At a media briefing on July 27, the police chief did not say whether investigators believe LeRoux raised a weapon or posed a threat to police, the Associated Press reported.

"We keep telling you the same story, other families being caught up in the killings of their loved ones, because police intervene where they never should've been in the first place," Bob Veiga, of the Silver Spring Justice Coalition, said.

LeRoux’s father attended the press conference, saying he was staying hopeful as the Howard County State’s Attorney’s Office investigates his son’s death as part of an existing agreement with Montgomery County.

"We can hopefully change the laws and we can get something implemented where this won't continue to happen to our young Black men," Paul LeRoux said.

Activists said the county needs to make more and better use of its crisis intervention teams to handle calls involving those who are having mental health problems.

"It's not helpful for police with badges or guns or tasers to come scream at you when the only danger you are is probably to yourself," another person at the demonstration said.

Those supporting the removal of the chief argue that there is a systemic problem within the department and a change in leadership is one way to begin making change.

Montgomery County police have not responded to News4's request for comment on this story.