A man who had a 21-year-old worker dig a network of secret tunnels under his home in Bethesda, Maryland, is responsible for his death in a fire last fall, police say.

Askia Khafra's body was found naked in the basement of a house on Danbury Road after a fire broke out on Sept. 10, 2017. Investigators then found tunnels under the house, plus chemicals and electrical wiring.

On Friday, Montgomery County police charged Daniel Beckwitt, the 27-year-old resident of the house, with second-degree murder and involuntary manslaughter in Khafra's death.

A Montgomery County police affidavit released Wednesday reveals new details about the bizarre case and tells why police say Beckwitt is responsible for Khafra's death. What the tunnels were being used for is still a mystery.

A hole in the basement's concrete floor dropped down about 20 feet and led to "an underground tunnel complex" that branched out about 200 feet in length, the police document says. That's more than half the length of a football field.

Investigators say "Beckwitt was specifically aware of the increased likelihood of a fire breaking out within hours before the call for a house fire."

A representative for his lawyer, George Bealefeld III, declined to comment on the case.

On the day of the fire, the house in the 5200 block of Danbury Road had "immense piles of garbage and discarded items" in the house and basement. Only "narrow, maze-like pathways" let someone move through the house.

A "haphazard daisy-chain" of extension cords was being used to meet the "substantial electrical needs" of the tunnels. Why electricity was needed in the tunnels is unclear.

Police say they interviewed Beckwitt and that he said that on multiple occasions he rented a car and picked up Khafra from his home in Silver Spring. Then, Beckwitt said he drove Khafra to Manassas, Virginia, more than an hour's drive southwest. 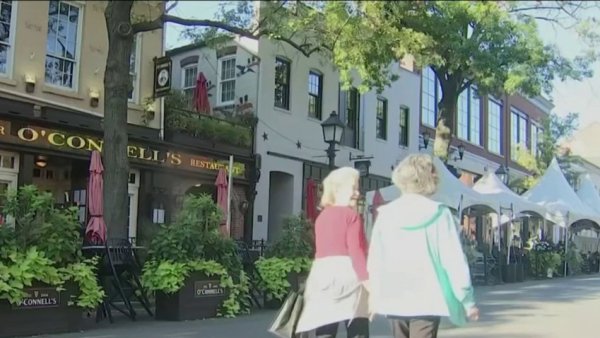 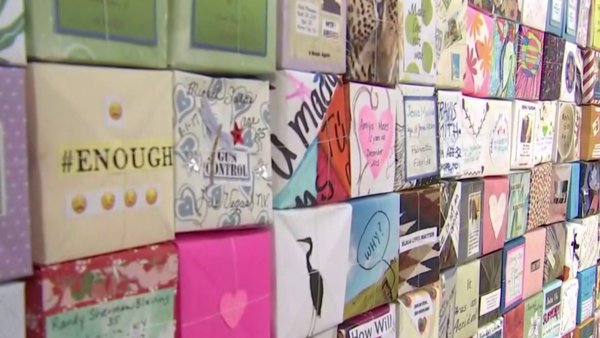 "Once there, Beckwitt had Khafra put on darkened, black-out glasses that prevented Khafra from seeing where they were going," the police document says.

Beckwitt told Khafra he was taking him to an undisclosed location in Virginia, according to police. But, instead, he drove him to the house in Bethesda. There, Beckwitt guided Khafra — who was still unable to see — out of the car and into the basement of the house. Once they were in the basement, Beckwitt let Khafra take off the glasses so he could "work digging the tunnels for punctuated periods of days at a time."

It's unclear whether Beckwitt paid Khafra to dig the tunnels.

Beckwitt suffered minor injuries and was able to escape, but Khafra was trapped. He died of smoke inhalation and burns, a medical examiner determined.

Khafra was a young entrepreneur who dreamed of success in the business world, his mother told News4 on a brief phone call.

Cobb said he had never met Beckwitt, but said it was his understanding that Khafra was working for him.

Beckwitt was arrested Friday evening in Burke, Virginia, and charged in Khafra's death.

Montgomery County sued Beckwitt and the property’s owner, David Beckwitt, in March, saying the property was a “public nuisance” that was “unfit for human habitation.” David Beckwitt is Daniel Beckwitt's father, a source with knowledge of the case told WTOP.

The lawsuit says that after the fire, investigators found hoarding conditions, hazardous materials, tunnels and excavations that extended to the street and “likely beyond at least one property line.”

In October, the county condemned the building and posted orders on the property calling for the repair or removal of the house by December. Officials did not get a response from the Beckwitts until later.

In a response filed with the court in May, the Beckwitts said they were unaware of orders against them until December. In their response, they denied that the property was uninhabitable or a public nuisance.

Beckwitt was held in Fairfax County and then extradited to Montgomery County. He is set to appear in court Thursday.

As of Wednesday, the house was surrounded by a fence. The yard was full of garbage and bins full of water, attracting rats and mosquitoes.