After a D.C. resident said he took in protesters who were "decimated and beaten" by police, Police Chief Peter Newsham said there was no evidence anyone was beaten

The Washington, D.C., police chief defended the actions of officers who were involved in a mass arrest of protesters who were out after curfew and allegedly being destructive near Swann and 15th streets Northwest on Monday night, saying that there is no evidence anyone was beaten.

Protesters were being unruly and officers reported that some were kicking on doors on a residential street, Chief of Police Peter Newsham said.

Nearly 200 people were arrested in the neighborhood, but up to several dozen avoided being detained when a stranger opened the doors to his home and let inside demonstrators who had been pepper-sprayed.

The person in that home, Rahul Dubey, spoke to News4 and made national headlines on Tuesday when those protesters left his home minutes after the curfew was lifted.

A Northwest D.C. resident said he sheltered dozens of protesters in his home after seeing them "absolutely decimated and beaten on the steps of my house." News4's Justin Finch reports.

Dubey told News4 he acted on instinct after seeing protesters "absolutely decimated and beaten on the steps of my house."

Newsham specifically refuted that claim at a press conference Wednesday, saying no one arrested had visible injuries.

"I don't have any evidence at this point to corroborate the allegations that anyone was decimated and beaten," he said. "Knowing everything that I know about the Metropolitan Police Department, our tactics, that was very disturbing to hear."

Newsham says the Internal Affairs Bureau will review allegations that excessive force was used on protesters, and that every deployment of pepper spray will be looked into. He said he wanted to share information he had on the arrests because police misconduct is a serious accusation. 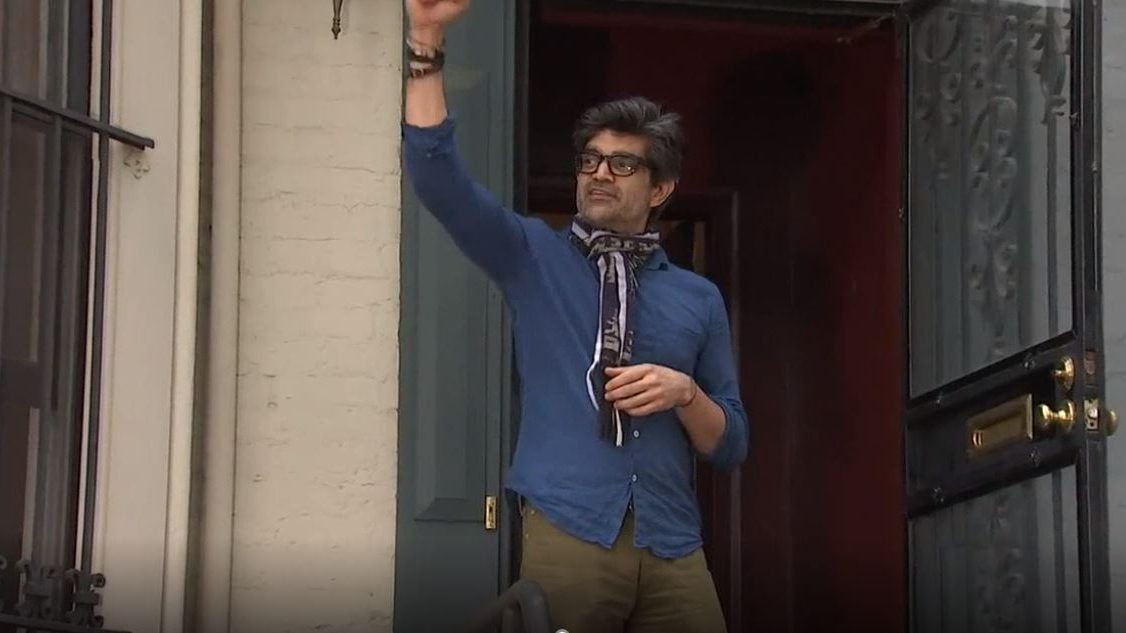 Protesters Shelter in DC Home Overnight After Being ‘Corralled,' Pepper-Sprayed by Police 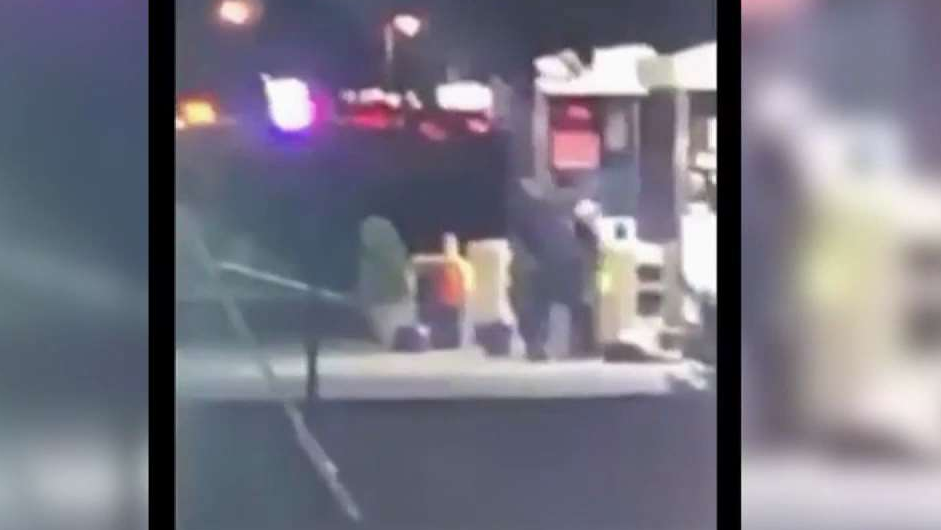 “I think it would be irresponsible for me to not share the facts at my disposal," he said.

Police, protesters and witnesses have put forth versions of what happened in the area of 15th and Swann streets on the fourth night of anti-police brutality and anti-racism protests sparked by the death of George Floyd.

Before the mass arrests occurred at about 9 p.m., police officers noticed protesters doing things consistent with behaviors police had seen for two nights, when some demonstrators smashed windows and looted stores, Newsham said.

In the area, people had recently thrown projectiles and burned a police car.

WTOP Anchor Ken Duffy posted on social media and other witnesses said that police tactics drove them off Florida Avenue NW and into a more residential area.

Police saw protesters kicking on doors on Swann Street and reported the possible crimes over their radios. A concerned citizen also called police and relayed the same information, Newsham said.

"Believing that there were burglaries occurring and residences were being entered, police deployed pepper spray," Newsham.

But eventually, police learned that at least one resident, Dubey, had allowed people into the home. A video taken inside Dubey's home shows at least one protester coughing with a cloth on his face, as if he'd inhaled pepper spray.

The 3rd District Commander was brought to the scene and had multiple conversations with Dubey through his window, Newsham said.

The chief said his officers counted 10 to 30 people who went in the building, while witnesses told News4 up to 60 people were inside. Newsham said these people "escaped arrest" and were not detained once the curfew was lifted.

Police did not enter the home in part because breaking curfew is not a violent crime, Newsham said.

There is currently a ban on gatherings over 10 people in an effort to slow the spread of coronavirus.

The 194 people arrested in the neighborhood were photographed at the scene and at prisoner processing, and no one arrested had any visible injuries, Newsham said. Those arrested did not resist.

Dubey said the people in his house ranged from 18 to 50 in age and called them "an amazing group of people that were gathered here peacefully."

A Northwest D.C. resident said he sheltered dozens of protesters in his home after seeing them "absolutely decimated and beaten on the steps of my house." News4's Justin Finch reports.