“We will not allow people to incite violence, intimidate our residents or cause destruction in our city," Mayor Muriel Bowser said

Members of the D.C. National Guard will respond when supporters of President Donald Trump protest the 2020 election results in downtown D.C. this week.

“Some of our intelligence certainly suggests there will be increased crowd sizes,” said Contee, adding, "There are people intent on coming to our city armed.”

A U.S. defense official said the D.C. National Guard members will not be armed or wearing body armor. Congress is meeting this week to certify the Electoral College results, and Trump has refused to concede while whipping up support for protests.

Anyone who carries a gun at a protest or within 1,000 feet of a protest will be arrested, in line with D.C. law, the acting police chief said. Police posted signs this weekend in Freedom Plaza, where protests are expected, warning about the law.

“We will not allow people to incite violence, intimidate our residents or cause destruction in our city,” she said.

Officials will evaluate whether a curfew will be needed, Bowser said.

Police will increase their presence around churches after demonstrators previously destroyed Black Lives Matter signs outside. 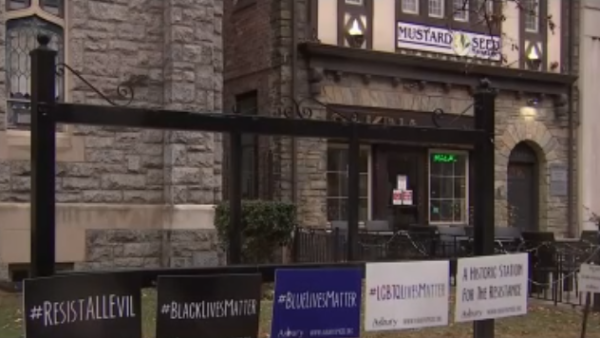 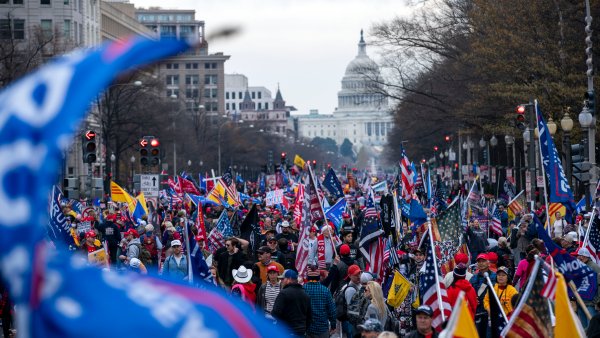 In a message Sunday, the mayor asked people to stay away from the demonstrations and downtown area.

“I am asking Washingtonians and those who live in the region to stay out of the downtown area on Tuesday and Wednesday and not to engage with demonstrators who come to our city seeking confrontation, and we will do what we must to ensure all who attend remain peaceful,” Bowser said in a statement.

Federal law bars guns from being carried on U.S. Capitol grounds and in National Park Service areas such as Freedom Plaza, the Ellipse and the National Mall, Bowser’s office said Sunday. It’s illegal to open carry firearms in D.C., and D.C. does not have reciprocity with other states’ concealed pistol licenses.

“Unless a person has been issued a concealed pistol license by the District of Columbia, they cannot conceal carry a firearm in the city,” the mayor’s office said. 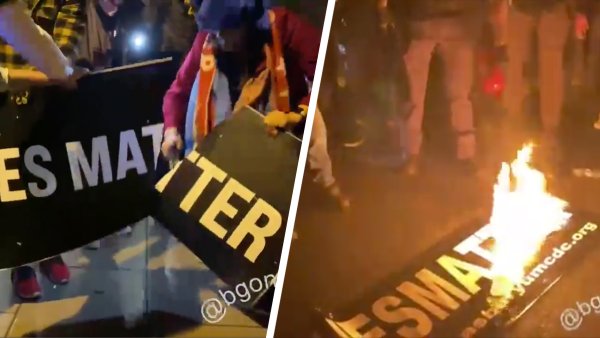 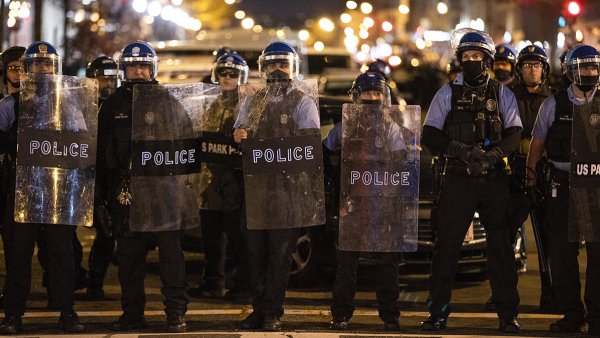 The president said on Twitter on Sunday that he plans to attend the demonstration. Contee said Monday that he did not have additional information.

Many streets downtown will be closed to parking Tuesday, Wednesday and Thursday. Street closures also will be in place.

Because D.C. does not have a governor, the designated commander of the city’s National Guard is Army Secretary Ryan McCarthy. Any D.C. requests for Guard deployments have to be approved by him.

The defense official said that there will be no active duty military troops in the city, and the U.S. military will not be providing any aircraft or intelligence. The D.C. Guard will provide specialized teams that will be prepared to respond to any chemical or biological incident. But the official said there will be no D.C. Guard members on the National Mall or at the U.S. Capitol.