More than 15,000 current National Guard members were in D.C. as of Sunday morning, NBC News reports

By the busload and planeload, National Guard troops were pouring into the nation’s capital on Saturday, as governors answered the urgent pleas of U.S. defense officials for more troops to help safeguard Washington even as they keep anxious eyes on possible violent protests in their own states.

More than 15,000 current National Guard members were in D.C. as of Sunday morning, NBC News reports.

Military leaders spent chunks of Thursday evening and Friday calling states in an unprecedented appeal for more National Guard troops to help lock down much of the city in the days before President-elect Joe Biden’s inauguration. In dribs and drabs, governors responded, some agreeing to send an extra dozen, 100 or even 1,000, while others said no.

The calls reflect fears that violent extremist groups are targeting the city in the wake of the deadly insurrection at the U.S. Capitol on Jan. 6. The threats range from armed insurgents to possible attempts to plant explosive devices at so-called soft targets. But as Washington begins to resemble an armed camp, with more than 25,000 Guard due in the city by early next week, concerns about violence at state capitals has grown.

All told, more than 130 U.S. Air Guard flights in the past 72 hours have carried at least 7,000 Guard troops to Joint Base Andrews in Maryland, according to U.S. officials, who spoke on condition of anonymity to discuss internal numbers. Thousands more are in buses and military trucks, thundering up highways toward Washington.

News4's Derrick Ward reports on how D.C. is stepping up security before Inauguration Day.

Some Bridges Between DC, Virginia to Close

If you have to travel between D.C. and Virginia on Inauguration Day, start planning now.

Memorial Bridge was shut down Friday evening and will stay closed at least through 6 a.m. Thursday, the National Park Service and U.S. Park Police said.

The other three bridges will shut down from 6 a.m. Tuesday through 6 a.m. Thursday.

This leaves the Chain Bridge and Key Bridge as the only ways to cross between D.C. and Virginia. The Woodrow Wilson Memorial Bridge between Alexandria and Prince George's County also will remain open.

As a politically divided nation prepares to inaugurate a new president in the wake of a violent insurrection at the Capitol, a group of Christian leaders is hoping to ease tensions through prayer during three days of ecumenical, nonpartisan programming.

Using the slogan and social media tag #PeaceWithJustice, the effort aims to project spiritual unity and counter people's feelings of helplessness with action, during a time of high alert.

The name of the gathering — held virtually due to the pandemic — is in part a nod to the Rev. Martin Luther King Jr.’s observation that “true peace is not merely the absence of tension; it is the presence of justice.”

After Monday's federal holiday, the event continues Tuesday with a multidenominational Zoom prayer service. On Wednesday, when Biden is inaugurated, participants plan a daylong chorus of testimony and other statements on Twitter in the hopes of restoring a sense of harmony to a transition of power that has been marred by violence.

Prominent participants include Michael Curry, presiding bishop of the Episcopal Church, and Walter Kim, president of the National Association of Evangelicals. 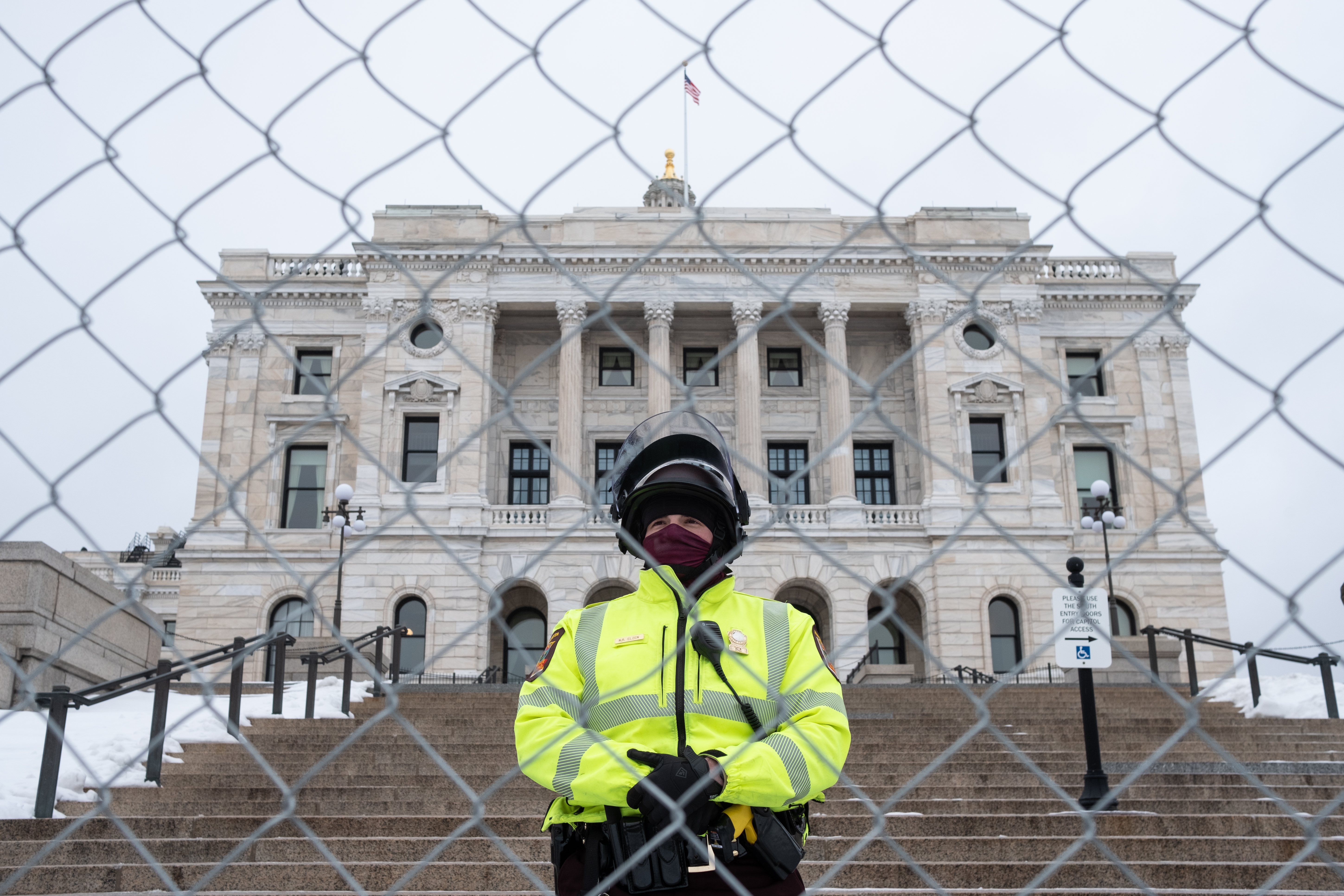 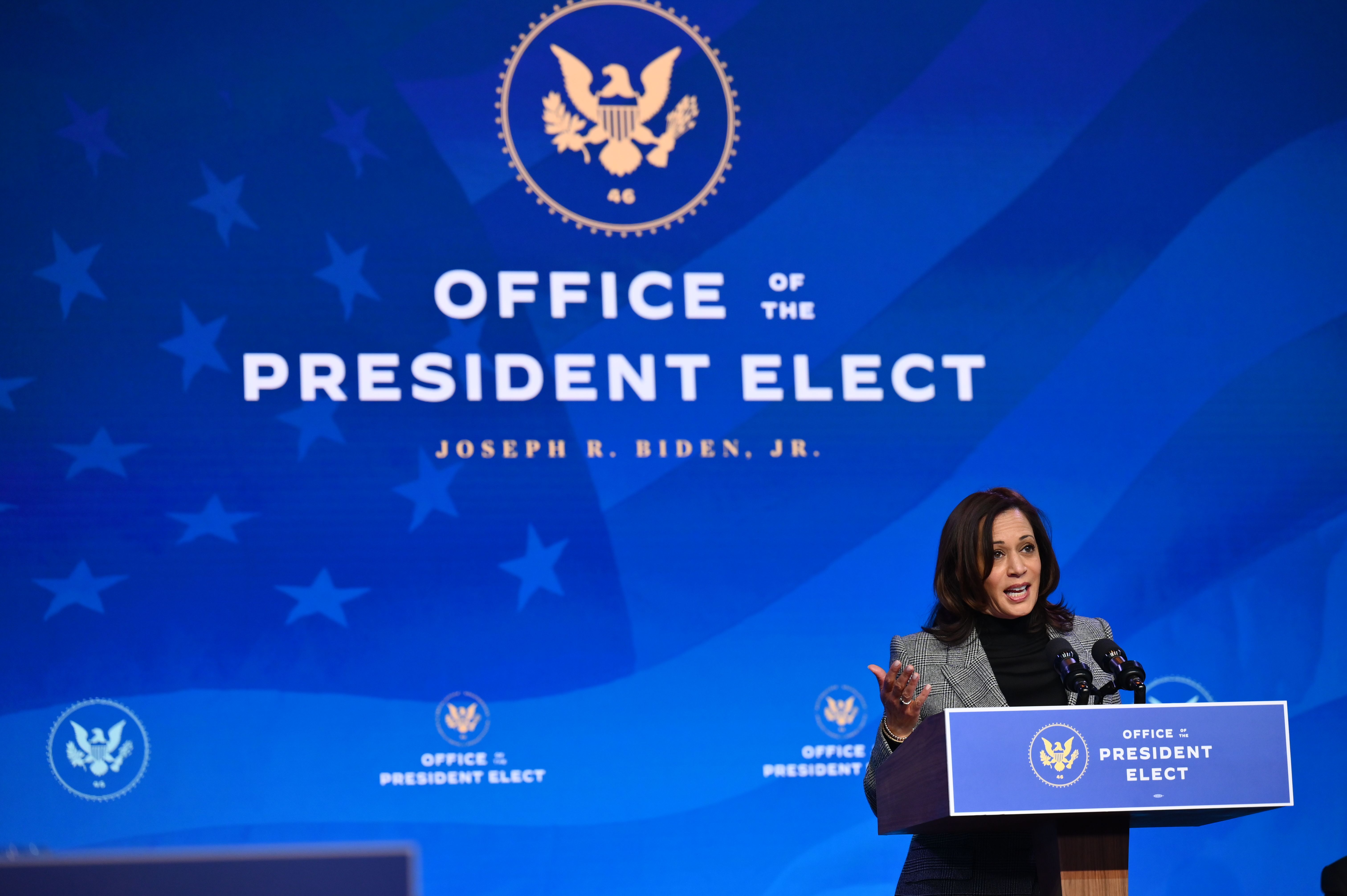 Harris to Be Sworn in by Justice Sotomayor at Inauguration

Journalists Prepare for Protests Where They Could Be Targets

While monitoring online chatter about protests at state capitols in advance of next week's presidential inauguration, the Seattle Times came across a chilling description for journalists: soft targets.

The phrase drove home the importance of safety precautions being put in place by news organizations across the country this weekend, including those planned by Times managing editor Ray Rivera and his colleagues.

“This is scary territory,” Rivera said. “I don’t want to overstate this, but there is always the concern. It’s hard to know how much of this is rhetoric or bombast, but it’s easy for me to think that some person is going to take those messages seriously and do something."

Video of journalists being roughed up is fresh in mind, along with graffiti scrawled on the Capitol saying “Murder the media.”