Mayor Muriel Bowser created the Office of Migrant Services and cited “the ongoing humanitarian crisis that’s taking place in our city as a result of the actions of the governors of Texas and Arizona, who have bused hundreds of people to D.C. each week since April"

D.C. declared a public emergency Thursday to provide services to asylum seekers who have arrived on buses from border states for months.

Mayor Muriel Bowser announced the creation of the Office of Migrant Services, funded with an initial $10 million. D.C. will seek reimbursement from the Federal Emergency Management Agency (FEMA) for all eligible services.

At a news conference Thursday morning, Bowser cited “the ongoing humanitarian crisis that’s taking place in our city as a result of the actions of the governors of Texas and Arizona, who have bused hundreds of people to D.C. each week since April."

The state’s governors have reported sending about 9,400 people so far, Bowser said, noting the figure was not verified. Buses arrive at Union Station almost daily.

The Office of Migrant Services, housed within the DC Department of Human Services, will receive migrants, provide transportation, give meals and address urgent medical needs.

The $10 million will go toward hiring staff to help aid organizations that serve asylum seekers as they arrive around the clock.

“This is going to really make our response more robust and make sure the long-term services that need to be given to this population will happen,” said Tatiana Laborde, managing director of the humanitarian nonprofit SAMU First Response.

The funds also will go toward building a processing center where people can be housed temporarily. The District is looking for a site to build the center in D.C., Maryland or Virginia. 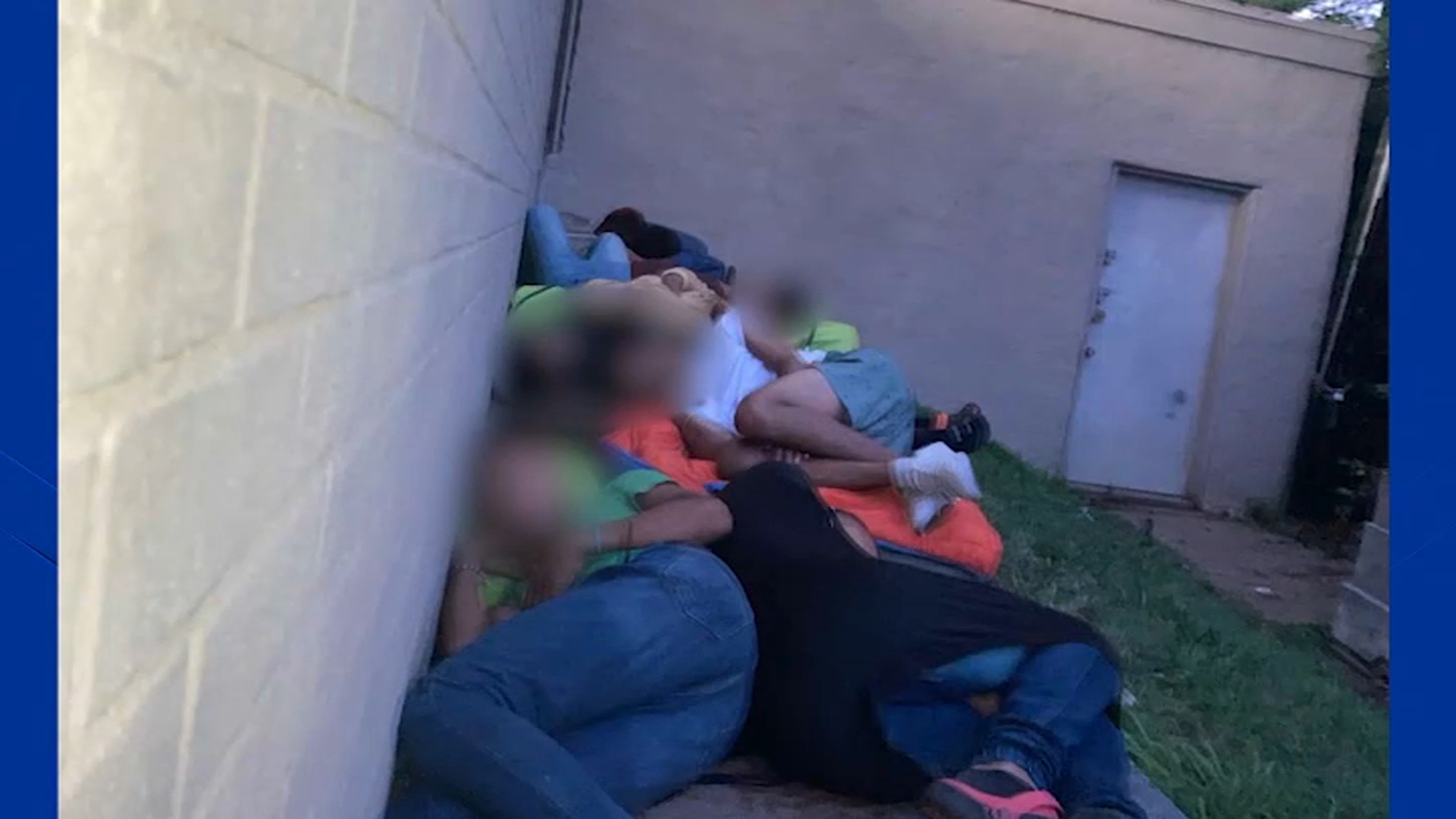 ‘We Are Suffering': Some Migrants Bused to DC Describe Worsening Situation

The plan is to have support staff on site at Union Station 24/7 because there is no coordination between D.C. and Texas or Arizona, so there’s no advance notice of when buses will arrive.

For the District, the plan is a way to keep the influx of migrants from crushing the already-strained system set up for those experiencing homelessness and in need of other crucial services.

About 350 asylum seekers are being housed in D.C. hotels, and about 70 children have been enrolled in District schools so far. All of the District’s homeless shelters for single adults are at capacity.

By declaring a public emergency, D.C. has the authority to establish the office and provide services, the mayor said.

Families bused to D.C. told News4 they’ve slept in hotels used as homeless shelters, and sometimes on the street.

"If somebody could lend us a hand, we would be so thankful, because this is hard. We are suffering,” one man said.

Bowser previously requested the activation of the D.C. National Guard but the Department of Defense refused.

In her remarks Thursday, Bowser once again called on the Biden administration and Congress to take responsibility for the thousands of asylum seekers who are entering the U.S.

“What we need in this country is we need the Congress to do its job and fix the immigration system. We have millions of people living in this country who don’t have the means to take care of themselves and have a secure life, and we need a pathway to citizenship for them,” she said.

Bowser will ask the D.C. Council to extend the emergency beyond the initial 15 days in the mayor’s order. She said she believes there’s no end in sight and the humanitarian crisis will only worsen.