Migrant seafood-processing workers, who are legally hired and transported to the U.S. each season through the federal H-2B visa program, face heightened risks of catching COVID-19

For thousands of miles and over two days in April, 59 workers from Mexico traveled together on a bus — despite the pandemic — to their legal, seasonal jobs as crabmeat pickers and seafood processors in Maryland’s rural islands.

Lindy’s Seafood Inc., the wholesale crab and oyster company in Maryland that hired the workers, paid for their cross-country trip. The company put them to work the day after they arrived without quarantining or waiting for COVID-19 test results. Those safeguards are not required under state or federal law.

Within a week, workers were informed that several had tested positive for the disease. 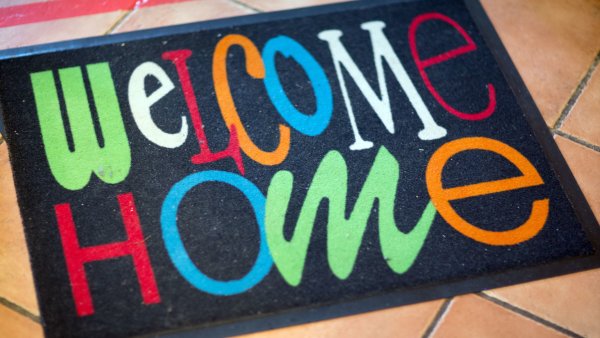 ‘They're Family Now': Maryland Couple Open Their Home to Asylum-Seekers From Honduras 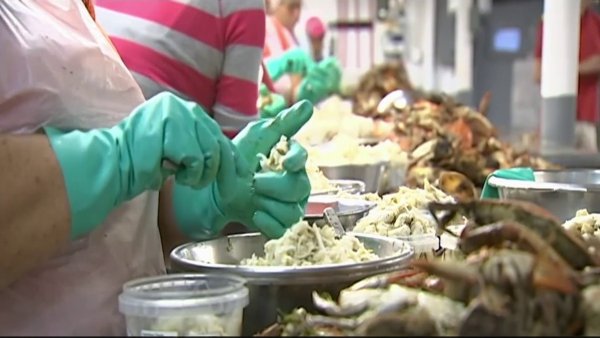 Migrant seafood-processing workers, who are legally hired and transported to the U.S. each season through the federal H-2B visa program, face heightened risks of catching COVID-19.

They often travel long distances to their jobs, where they live in communal housing. Classified as essential workers, they are permitted to continue working even if they come in contact with someone who has COVID-19.

The U.S. Department of Labor, which runs the H-2B program, did not establish COVID-safety rules for the workers’ cross-country bus travel. Maryland, Virginia and North Carolina — states with flourishing seafood industries that rely on H-2B seafood workers — also failed to provide H-2B workers with critical protections in the ongoing coronavirus pandemic.

Between October 2019 and September 2020, more than 12,000 H-2B workers were authorized to work at seafood companies across the U.S, including 2,232 at 41 companies across these states, according to an analysis by the Howard Center for Investigative Journalism at the University of Maryland.

Of the three states, only Virginia provided statewide totals for COVID-19 cases at seafood facilities – 106 cases in three outbreaks – and none of the state health agencies disclose outbreak locations.

The Howard Center found COVID-19 outbreaks at seafood plants in all three states through interviews with migrant workers, advocacy groups and a church.

COVID-19 safety issues in the plants rarely show up in complaints to federal and state agencies in charge of enforcing workplace protections.

Since January 2020, the Occupational Safety and Health Administration received 63,455 workplace complaints related to COVID-19 across the U.S. Of those complaints, 32 were against seafood-processing companies, which have more H-2B workers than any other industry except landscaping, a Howard Center analysis found.

Gianna Nino-Tapias got a masters degree from Stanford University in epidemiology, but is now working with her family as a migrant farm worker after losing her job due to the coronavirus. She joined LX News to discuss her viral tweet and conditions for migrant workers during the pandemic.

“If they complain, they could be fired in retaliation and lose their lawful status in the U.S.,” said Clermont Ripley, an attorney for the nonprofit North Carolina Justice Center.

In the absence of government standards and enforcement, decisions on how to keep workers safe from COVID-19 are largely left up to their employers.

“If a worker doesn’t feel safe, they obviously don’t have to come,” said Lydia Hock, whose agency, Labormex LLC, has recruited H-2B workers for the seafood industry. “There’s millions of people in Mexico that want these opportunities.”

Each season, H-2B workers travel from their hometowns in Mexico to one of seven Mexican cities where a U.S. consulate processes and approves their visas. Then, transportation companies drive workers to different U.S. states at their employers’ expense.

Workers risk contracting COVID-19 at each stage of this process.

They may wait days, if not weeks, in crowded rooms for their visas to process, then board crowded vans and buses for their trips north.

H-2B seafood workers told the Howard Center about traveling thousands of miles in a packed bus in September, and sleeping in a crowded van with more than a dozen other workers for two nights in January.

After arriving, workers typically enter group housing provided by their employers — often at a weekly rate the workers pay. Some start work the next day without being tested for the virus.

The U.S. Department of Labor has not issued COVID guidance for migrant workers’ bus travel to the U.S., department spokesperson Edwin Nieves confirmed. And there is no requirement that workers be tested for COVID-19 when they arrive, nor while they are in transit.

These holes in the regulatory system prompted worker-advocacy organizations to send a letter in April 2020 to key federal agencies seeking immediate action to protect migrant workers.

None of the recommendations were adopted.

The Howard Center also found that Maryland, Virginia and North Carolina have not established local protections for H-2B workers that advocates say are needed.

In September, Santiago — an H-2B worker who asked the Howard Center to identify him by a pseudonym because he feared losing his job at Bonums Oyster Company Inc. in Kinsale, Virginia — boarded a crowded bus in Monterrey, Mexico, with about 40 other H-2B workers.

They traveled a day and a half to get to work.

Two days after the bus arrived in Virginia, Bonums took the workers for COVID testing at a clinic, Santiago said. His test came back positive, and the company quarantined him in a house with 11 others for 15 days, he said. He said he received full pay while quarantined.

Records show that state officials were aware of the situation. An October email between staff members at the Virginia Department of Labor and Industry noted that 33 Bonums employees tested positive for COVID-19.

Calls to Bonums were referred to a representative of the company, who declined to be identified or to comment.

In January, Monica — an H-2B worker, who also asked to be identified by a pseudonym to protect her job — left Mexico’s Pacific coast for a cool winter on the Atlantic, packing shrimp and crabmeat at Fulcher’s Seafood LLC companies in Aurora and Oriental, North Carolina.

After arriving in Aurora, her employer didn’t do testing, Monica said in Spanish, “until there were already cases.”

After falling ill, she and other workers were quarantined by the company for at least eight days, she said. She received half pay while quarantining and did not seek health care while sick, she said.

Fulcher’s later confirmed nine cases among migrant and local workers between two plants. But when the Howard Center asked local health department directors about the illnesses, they said they had no record of it.

Aubrey Vincent, vice president of Lindy’s, said the company had implemented safety measures in response to the pandemic. Masks are provided to workers, they are distanced 6 feet apart and sanitation procedures have been increased.

Yet this year, when 59 H-2B workers arrived in Maryland after two days of cross-country travel, Lindy’s put them to work the next day. Vincent said the decision was based on discussions with state and county health officials.

“They’ve already ridden in a bus all the way here,” Vincent said. “They’re already in the houses. They have already been exposed with each other.

“Why is working the issue, if that’s not where the contamination is happening?” she asked.

According to Vincent, the recruiter in charge of finding H-2B workers for Lindy’s said workers would be tested before crossing the U.S.-Mexico border.

However, a negative COVID-19 test is not required for travel into the U.S. by land, according to the U.S. consulate in Mexico.

Last July, a coalition of health professionals, including former OSHA officials and migrant-worker advocates, urged Maryland Gov. Larry Hogan to create an emergency temporary standard, which would require Maryland workplaces to take steps to prevent the spread of COVID-19.

A spokesperson for Hogan told The Baltimore Sun in August that the standard was not needed, because the governor gave local health officials the authority to close down unsafe workplaces.

Asked by the Howard Center how many workplaces had been closed down, a spokesperson for the Maryland Department of Health wrote that the agency does not maintain a central database of companies cited by local health departments and law enforcement for not complying with COVID-19 orders.

The company did not enforce social distancing at work or in migrant housing, the complaint said, and workers who tested positive and lived onsite were not quarantined in accordance with CDC guidelines.

State records show VOSH closed the complaint without an inspection, relying on a letter from the company’s lawyers that the problems had been addressed. A representative of the company said Bevans had no comment.

In August, North Carolina Gov. Roy Cooper, a Democrat, considered an executive order that would have ensured COVID-safety precautions in migrant housing, transportation and worksites. It would have protected the 907 H-2B visa recipients certified to work in North Carolina seafood plants between January and August 2020.

But Cherie Berry, a Republican who led the North Carolina Department of Labor, voiced strong opposition. She wrote to Cooper that the order would overregulate employers and that her agency, which does not report to the governor, could not enforce the regulations.

When worker advocacy organizations appealed, Berry rejected their requests. “While I am not dismissing the tragic deaths that have occurred as a result of this virus, statistically the virus has not been proven likely to cause death or serious physical harm from the perspective of an occupational hazard,” Berry wrote.

In April, Maryland’s governor requested that DHS immediately increase the number of H-2B worker visas to the maximum allowable under federal law.

This story was produced by the Howard Center for Investigative Journalism at the University of Maryland’s Philip Merrill College of Journalism. The Howard Center is an initiative of the Scripps Howard Foundation in honor of the late news industry executive and pioneer, Roy W. Howard.