"I was very, very much in shock," said a member of a Black fraternity whose video call was crashed. "I just couldn’t move. And I wouldn’t end up moving until hours after the situation had been over." The FBI is investigating

When Zoë Washington logged on to a video call for her finance class at American University, everything seemed normal.

But a few minutes into the lecture, someone with their camera off joined the call and started yelling racial slurs.

“I don’t even remember how long it lasted because I was just kind of frozen in shock, but they just unmuted themselves and just started spewing the N-word over and over and over again,” Washington said. “And everybody in the class, we were all frozen.”

The professor frantically kicked the perpetrator off the call, apologized and continued teaching to about 30 people, including two other Black students.

Washington, 20, turned off her camera and began to cry. She ran downstairs, told her mom everything and let the call run without her.

A number of colleges and universities have recently been targeted by racist Zoom bombings, according to the Anti-Defamation League, which has tracked instances of hate for decades. White supremacists have crashed online classes and events, and targeted students of color. 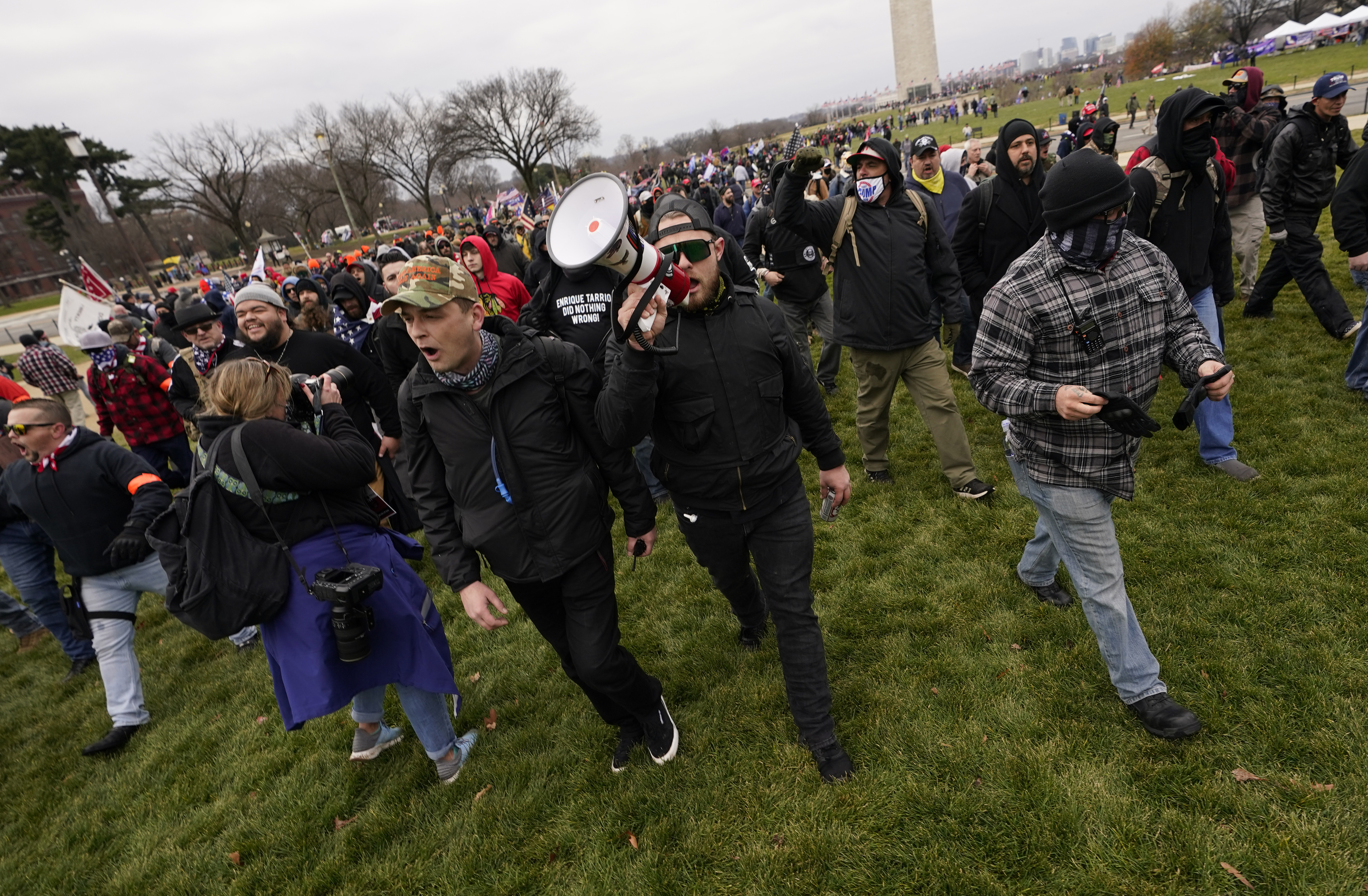 White supremacist propaganda distribution spiked in 2020, the ADL reported last month. Reports of incidents on college campuses dropped as many campuses were closed during the pandemic. But some victims of racist attacks suggest hate may have just moved online as classes did.

'I Was Very, Very Much in Shock'

A Black fraternity at Rutgers University was the victim of a Zoom bombing in February that the FBI is now investigating. The Delta Iota chapter of Alpha Phi Alpha was holding an online Black History Month presentation.

Jamar Sims, the group's vice president, was hosting the event. He joined the video call a few minutes early and saw that people had already joined. He looked over his notes, made sure his presentation slides were in order and then saw that some of the attendees had typed in racist names. Their cameras were all off.

Sims said he felt uneasy and decided to start a new call. The fraternity used its Instagram account to say they had a new call link, and most of the attendees logged on to the new meeting.

“I didn’t know this was reality,” Sims said. “I was very, very much in shock. Like literal shock. I just couldn’t move. And I wouldn’t end up moving until hours after the situation had been over.”

But when fraternity brothers logged on using the old link, they found "some very disturbing images," Sims said. They saw photos and videos of Black people being brutalized. Intruders on the call typed racist and anti-gay slurs in the chat box and played a song with the words "Kill all Blacks."

Sims and his fraternity brothers weren’t able to kick the intruders off the call because once they left it, they were no longer the hosts.

The sounds, images and videos played for more than 10 minutes.

It was only after one of the fraternity brothers threatened to report them that the intruders began to log off.

“I didn’t know this was reality,” Sims said. “I was very, very much in shock. Like literal shock. I just couldn’t move. And I wouldn’t end up moving until hours after the situation had been over.”

The FBI began a hate crime investigation. The fraternity found that the intruders on the call had fake IP addresses which traced to locations across the world.

“It still is rough to talk about,” said another fraternity brother who was on the call. He asked to not use his name in an attempt to avoid becoming a target of further online hate. “That whole situation put a lot of things into perspective. So now I feel like I always have to be on edge about where I am.”

After the call, he didn’t want to leave the house.

"While we will not give these bigoted individuals the platform they cowardly sought by going into details, I do want us all to acknowledge the harm done to Black and LGBTQ members of our community, and affirm their pain," he said.

At American University, an investigation to uncover the identity of the perpetrator of the Sept. 10 Zoom bombing also is underway, a university spokeswoman said. She called the Zoom bombing "hurtful and hateful" and said the university is working to prevent a similar event in the future.

Washington, who was on the call at American University, said she saw a pattern of racism and bias.

As QAnon and other conspiracy theories spread online, more people are losing friends and family to these cult-like networks of misinformation. NBCLX storyteller Cody Broadway talked to people who have lost loved ones to conspiracies, and to experts like Mick West, author of “Escaping the Rabbit Hole” about how people get caught in this web — and whether it’s possible to get them back.

“While we were on campus, a big headliner incident would happen at least once or twice a semester, easily,” she said. “[...] It’ll be the talk of campus for about a week, and then, life as usual until another situation happens.”

After the Zoom bombing, university administrators reached out to the students in the class and offered counseling resources, the university spokeswoman said. The next class session was devoted to a facilitated discussion on what happened, allowing students to speak and voice their concerns.

The Rutgers student who asked to stay anonymous also cited racist incidents on a regular basis.

“I would say they happen pretty often. The degree to which it happens varies, but anything from microaggressions to a hate crime happens a lot at colleges and universities,” he said. “If anything, I feel like it’s swept under the rug.”

For themselves, they're trying to move on.

“For the most part, I just want it to be a lesson, not just for me and my chapter brothers, but for everyone that hears the story and knows what’s going on, to just be aware of the risk that can come from all of this,” Sims said. “I’m just kind of using it as a learning experience, trying to still deal with it."

All three students worry a video call of theirs will be targeted again.

“I absolutely still think about it all the time,” Washington said. “Will this class get hacked? Will I have to experience that again?”