On a patch of hard land, steps from an aging one-room schoolhouse, a white gravestone spells the name of the man who never left.

Decades before his death, Snead sat inside the 20-by-30-foot Cornland School learning math and other subjects. His aunt, Ethel, buried a few rows down from him in the family plot, also attended. The sturdy structure still stands on his family’s property.

For years, the pre-Rosenwald school built for the education of African Americans sat vacant, but a push by Snead’s wife, local historians, community members, a city councilwoman, state delegates and congressmen has breathed new life into the building.

This summer, the school will be uprooted from its historic perch along Benefit Road, put on a truck and hauled about five miles to the edge of the Great Dismal Swamp. It will become a museum and the centerpiece of a $9 million historic center that will showcase exhibits on the underground railroad and maroon communities and an outdoor classroom.

The city council unanimously voted to accept a $3 million grant last week from the Virginia Department of Historic Resources that will help build a visitor center, parking and exhibits. The city set aside $400,000 last year for the school’s relocation.

There is no set timeline on when the village will be built, but the goal is to have parts of it open by spring 2023, said Mike Barber, director of Chesapeake Parks, Recreation and Tourism. The city hopes for another $3 million grant from Congressman Donald McEachin, who announced a couple weeks ago that the historic village was part of his request for funds for the upcoming fiscal year.

Efforts to preserve Cornland go back a dozen years. Randy Snead had grown frustrated in that time, wondering why it was taking so long. At one point, he said he’d like to tear it down altogether. He was the type of person who liked to get stuff done. Snead’s wife convinced him otherwise.

“I told him we needed to have some reference to tell our children to say how far we have come,” Wanza Snead said. She wanted to follow the mission of the nonprofit Cornland School Foundation: to teach future generations about early efforts to educate African Americans.

In 2010, Preservation Virginia, a Richmond-based nonprofit, listed Cornland as one of its most endangered historic sites. The group said the school was believed to be the oldest African American school in Hampton Roads that was built before the Rosenwald school movement, when philanthropist Julius Rosenwald created a fund in the early 20th century and constructed thousands of schools for the South’s rural Black people. 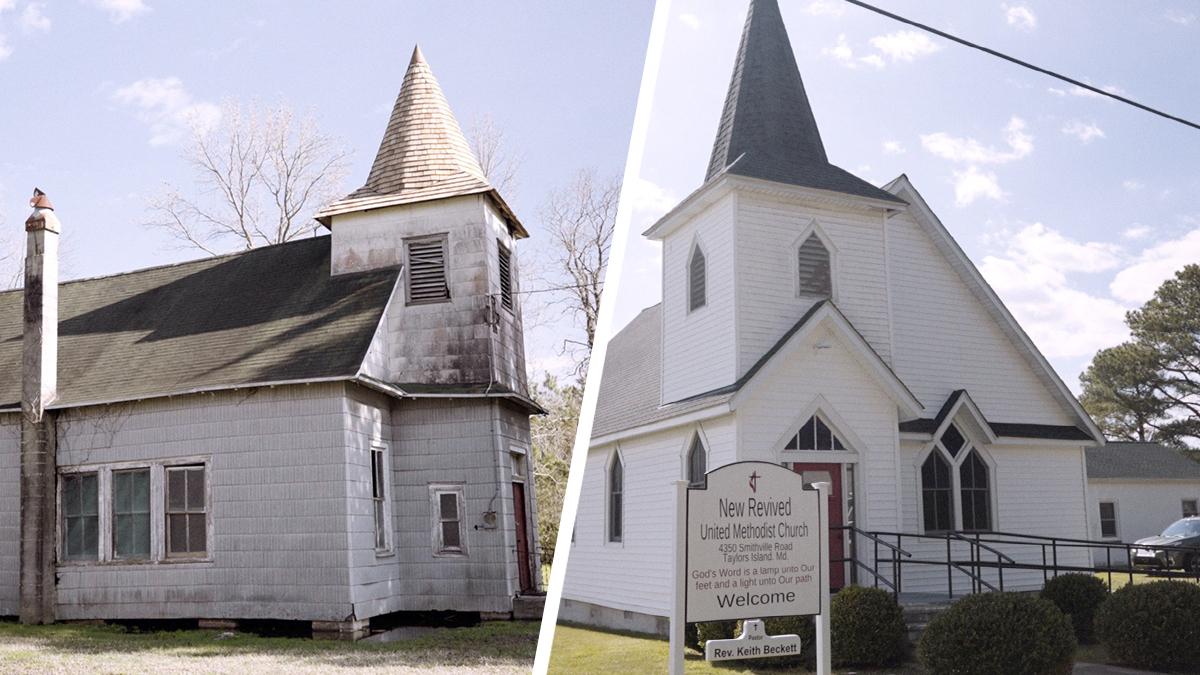 Saving Tubman Sites: A Look at Historic Black Churches on the Eastern Shore The Cornland School Foundation has helped to get the school added to the National Registry of Historic Places and the Virginia Landmark Registry. Since forming in 2011, the group, led by councilwoman Ella Ward, has found around two dozen former Cornland students still living in Chesapeake. Researchers believe the school was built in 1903.

The former students’ oral histories are powerful testimony about an era of segregated schools built after Virginia’s 1869 constitution, which mandated public education for all children but required that white and Black students be taught separately, according to the Virginia Department of Historic Resources. White students typically had access to more schools and teachers and a longer school year. Black schools got far fewer resources.

Years ago, passersby on Benefit Road didn’t know Cornland School was there — vines covered its facade and grass grew tall. Volunteers helped remove asbestos from the interior walls, replace some exterior boards and place sand under the building to absorb moisture.

On a recent Monday, Ward, a former educator who chairs the Cornland School Foundation, organized a group — including two former students — to tour the school and its proposed new site.

When it was a schoolhouse, Cornland had no running water or electricity. A wood-burning stove in the center of the room kept students warm and was used to cook lunch. Students in grades 1 through 7 were taught by daylight by one teacher. Once the school is moved to its new home, the building will face the same north-south direction. The city will also reinstall its original wood floors, whose boards are now piled high in a corner.

The school was built with naturally sourced materials from saw mills in the Great Dismal Swamp, said Patti McCambridge, a foundation member.

The exact date when Cornland was built is a matter of some debate. The building served as a reincarnation of a school believed to have been built by former slaves in 1885, according to Virginian-Pilot archives. Others say there was, at some point, a Cornland School for white children, and that the school for African Americans took on several names: Cornland School for Colored Children, Cornland School No. 4, Benefit School.

What is clear is that Cornland is one of the few remaining post-Civil War schoolhouses built for African Americans in Norfolk County, now part of Chesapeake, according to a 2010 report by the Department of Historic Resources.

When the school closed in 1952, Cornland students were transferred to the newly built but racially segregated Southeastern Elementary School.

Emma Mitchell Nixon and Mildred Brown attended Cornland School and visited the building last week. They remember walking 7 or 8 miles to and from the school. White students on school buses would sometimes throw rocks at Cornland students or hurl racial slurs, the students recall. Brown said Cornland got a bus the last of her seven years there — but it was so worn down and used that it broke down every week.

Despite those challenges, they were determined to learn. Besides learning math, writing and other core subjects, the teacher would also show the students how to knit, sew and work with wood.

“This was the only school I had to go to,” Nixon said.

Randy Snead attended until about 1950, then transferred to other segregated schools. He later earned a bachelor’s degree in math at Virginia Union University in Richmond and landed an engineering job until he retired in 1998.

About seven years ago, Snead told a Virginian-Pilot reporter that he never thought the school had historic significance.

“I didn’t think anyone would be that interested,” he said.

But the foundation believes his experiences and that of many other Cornland students must be shared.

The school — and the education center it will be a part of — will tell a story that has gone untold in the history books, Ward said.

Ward grew up attending segregated schools in Suffolk. In a recent interview, she reminisced over her time attending math conferences, where she found out that other Virginia schools offered trigonometry while hers did not. She decided to lead a protest with other students at her school, pushing the superintendent and principal to offer the class.

Ward shares that story to remind people about the battles that have been fought for a more equitable education system. It’s important, she said, to understand that history.

And, she said, it’s an opportunity to celebrate what people like Randy Snead accomplished in spite of everything that stood in their way.