The “Martinsville Seven” case attracted pleas for mercy from around the world. The son of one of the men said Tuesday that he remembers when police took his father away

Virginia Gov. Ralph Northam granted posthumous pardons Tuesday to seven Black men who were executed in 1951 for the rape of a white woman, in a case that attracted pleas for mercy from around the world and in recent years has been denounced as an example of racial disparity in the use of the death penalty.

Northam announced the pardons after meeting with about a dozen descendants of the men and their advocates. Cries and sobs could be heard from some of the descendants after Northam’s announcement.

The “Martinsville Seven," as the men became known, were all convicted of raping 32-year-old Ruby Stroud Floyd, a white woman who had gone to a predominantly Black neighborhood in Martinsville, Virginia, on Jan. 8, 1949, to collect money for clothes she had sold.

Four of the men were executed in Virginia’s electric chair on Feb. 2, 1951. Three days later, the remaining three were also electrocuted. All of them were tried by all-white juries. It was the largest group of people executed for a single-victim crime in Virginia’s history.

At the time, rape was a capital offense. But Northam said Tuesday that the death penalty for rape was applied almost exclusively to Black people. From 1908 — when Virginia began using the electric chair — to 1951, state records show that all 45 people executed for rape were Black, he said. The pardons do not address the guilt or innocence of the men, but Northam said the pardons are an acknowledgement that they did not receive due process and received a “racially-biased death sentence not similarly applied to white defendants.”

“These men were executed because they were Black, and that’s not right,” Northam said.

“Their punishment did not fit the crime. They should not have been executed,” he added.

All seven men were convicted and sentenced to death within eight days. Northam said some of the defendants were impaired at the time of their arrests or unable to read confessions they signed. He said none of the men had attorneys present while they were interrogated.

Before their executions, protesters picketed at the White House, and the governor’s office received letters from around the world asking for mercy.

James Walter Grayson is the son of Francis DeSales Grayson, who was one of the seven. He sobbed loudly when Northam told the family members he would grant the pardons after meeting with them Tuesday. “Thank you, Jesus. Thank you, Lord,” he said, as he wept while being embraced by two other descendants of the men.

Grayson said he was 4 years old when his father was executed.

“It means so much to me,” he said of the pardon.

“I remember the very day the police came to the door. He kissed us and they took him away,” he told The Associated Press in an interview after the announcement.

In December, advocates and descendants of the men asked Northam to issue posthumous pardons. Their petition does not argue that the men were innocent, but says their trials were unfair and the punishment was extreme and unjust.

Seven decades after the executions, Northam met with their descendants in a state office building, where he told them he would grant the pardons.

“This is about righting wrongs,” Northam said. “We all deserve a criminal justice system that is fair, equal, and gets it right — no matter who you are or what you look like,” he said.

Martinsville is located in southwest Virginia, about 12 miles from the North Carolina border. 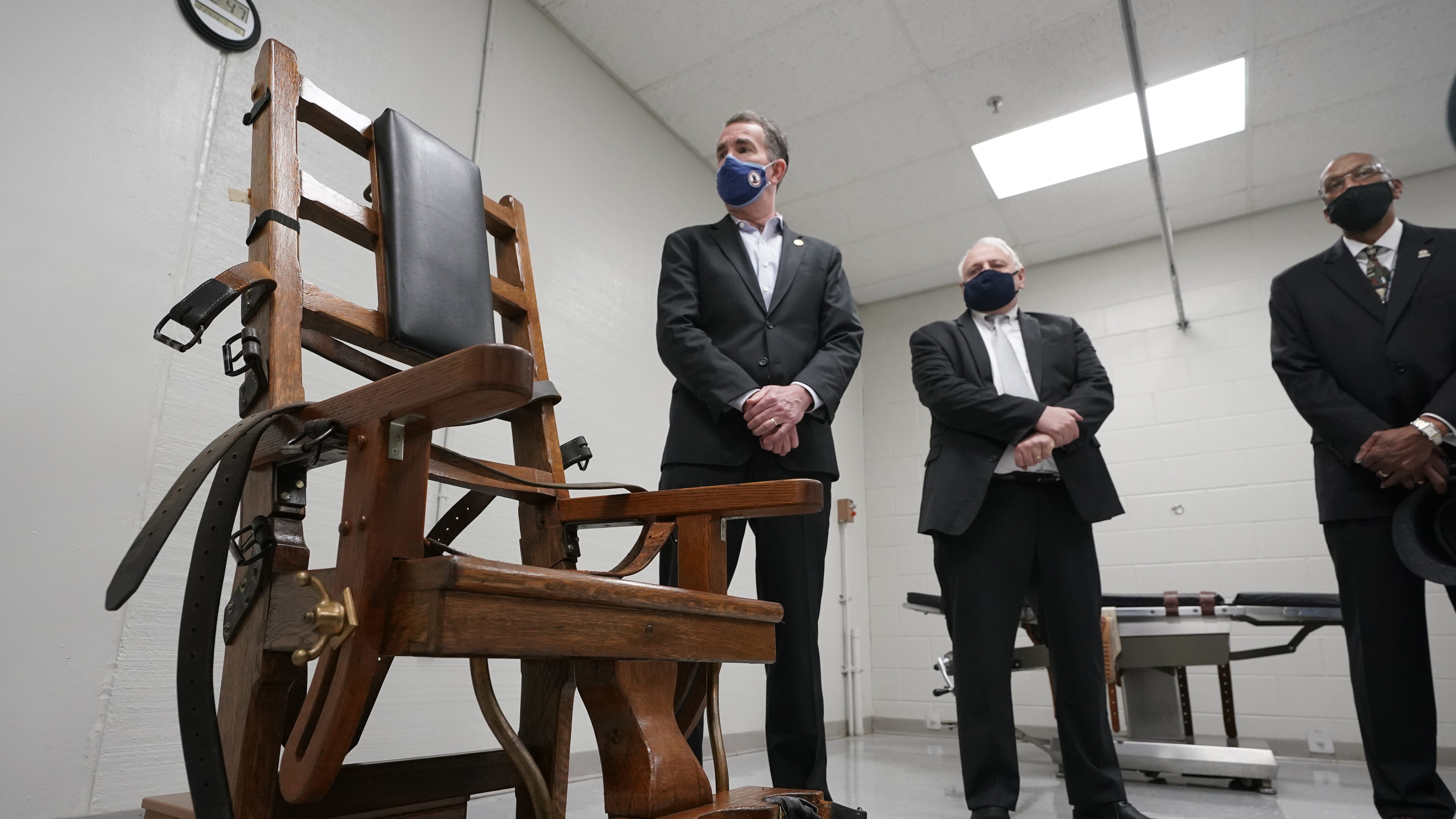 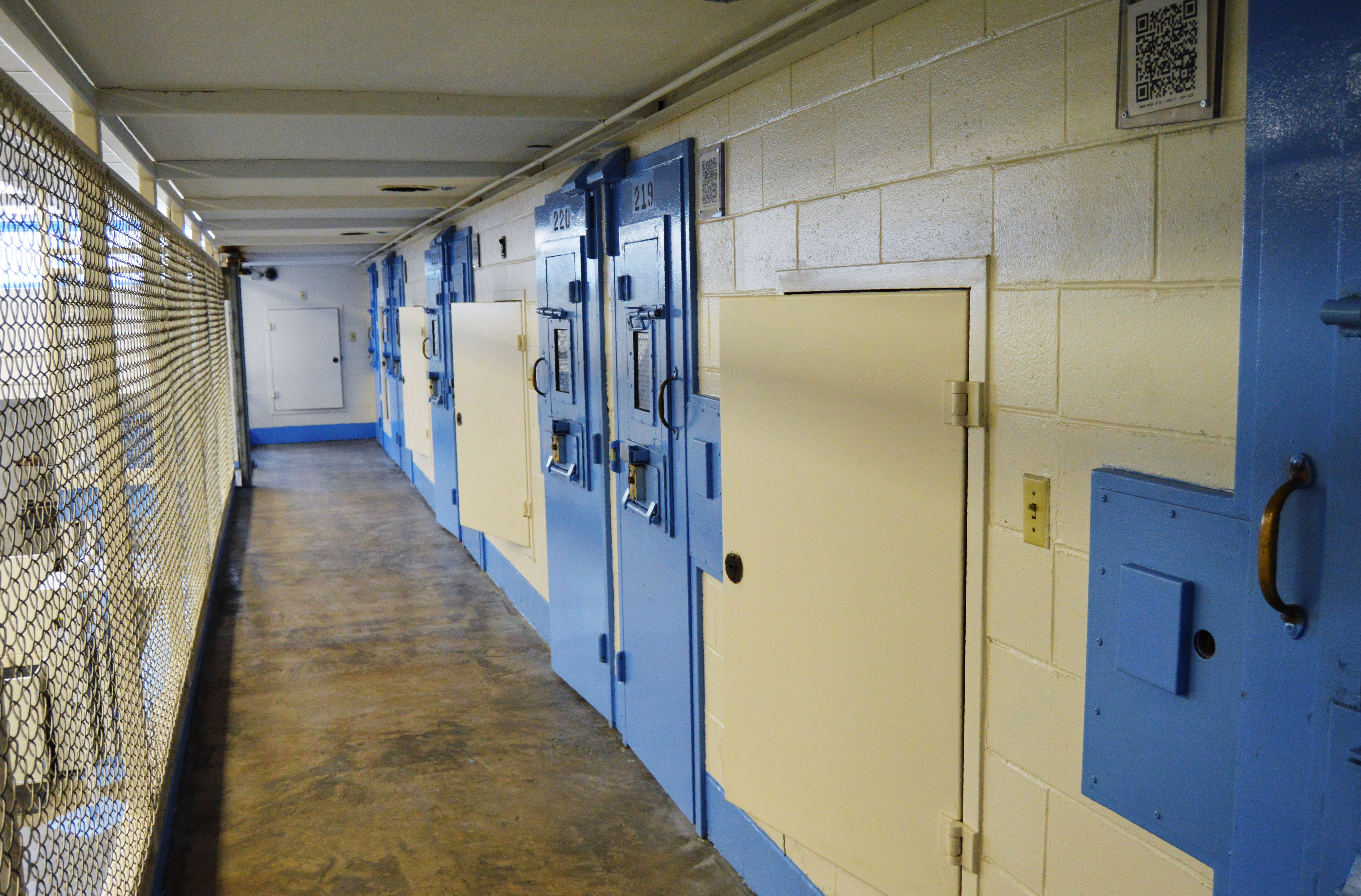 In March, Northam, a Democrat, signed legislation passed by the Democrat-controlled legislature abolishing the state's death penalty. It was a dramatic shift for Virginia, a state that had the second-highest number of executions in the U.S. The case of the Martinsville Seven was cited during the legislative debate as an example of the disproportionate use of the death penalty against people of color.