Black Friday, which is usually the busiest shopping day of the year, was off to a quiet start at some spots in the D.C. area.

Turnout was much lighter than usual early Friday at the Tanger Outlets National Harbor. Some shoppers did line up before dawn for doorbuster deals.

“As long as everybody keeps their mask on and stays distant, everything will be alright,” one shopper said as he waited with his wife. They planned to go to a store or two and then head home.

After months of slumping sales and businesses toppling into bankruptcy, Black Friday is offering a small beacon of hope.

In normal times, Black Friday draws millions of shoppers eager to get started on their holiday spending.

But these are not normal times: The economy is tanking and crowds are expected to be dramatically diminished as coronavirus cases spike and shoppers do more of their purchases online.

Many retailers closed their doors on Thanksgiving Day but are beefing up their safety protocols to reassure wary customers that they can still come back the next day. For those who can't be reassured, stores are moving their doorbuster deals online and ramping up curbside pickup options as a last grasp at sales before the year ends and they head into the dark days of winter with the pandemic still raging. 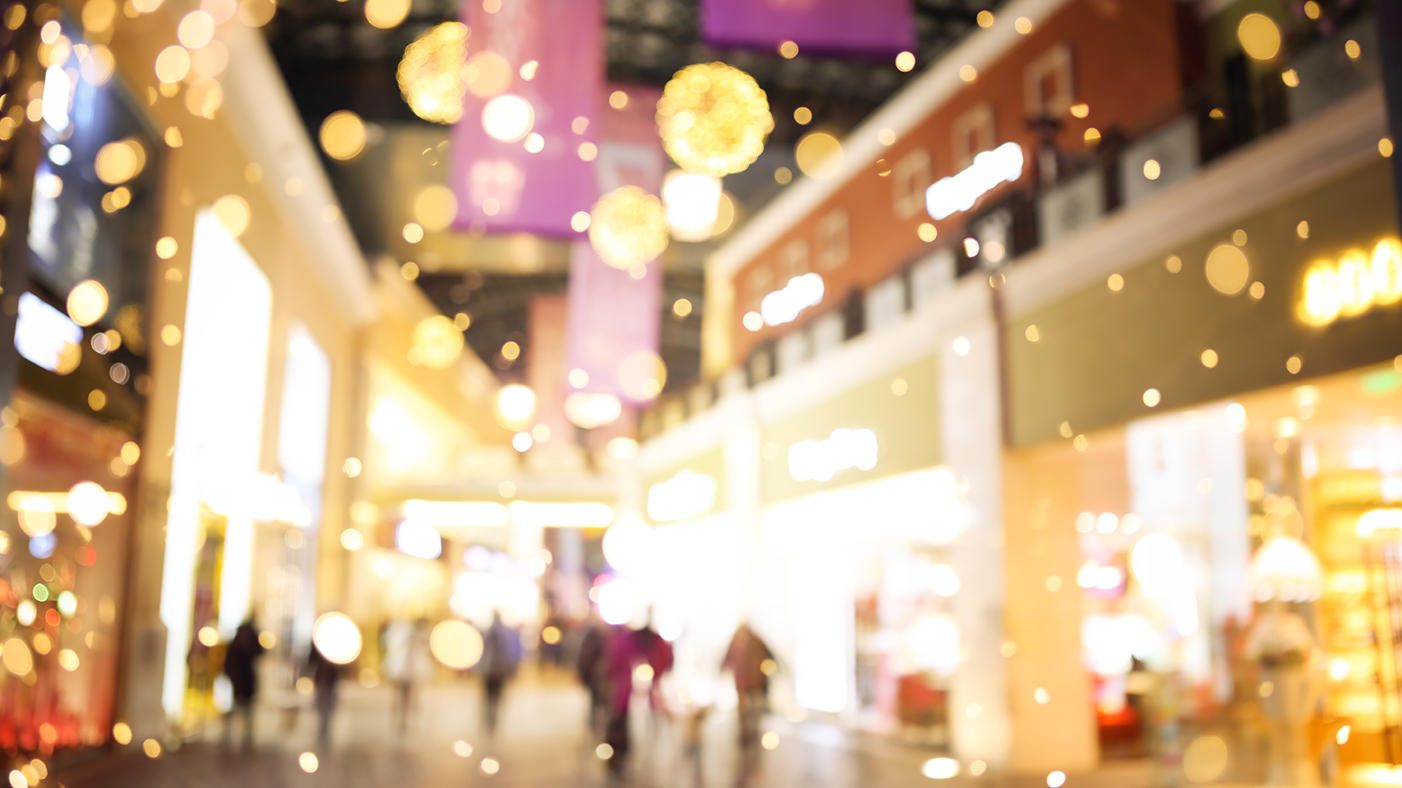 Holiday Shopping Hours and Plans for DC-Area Stores and Malls 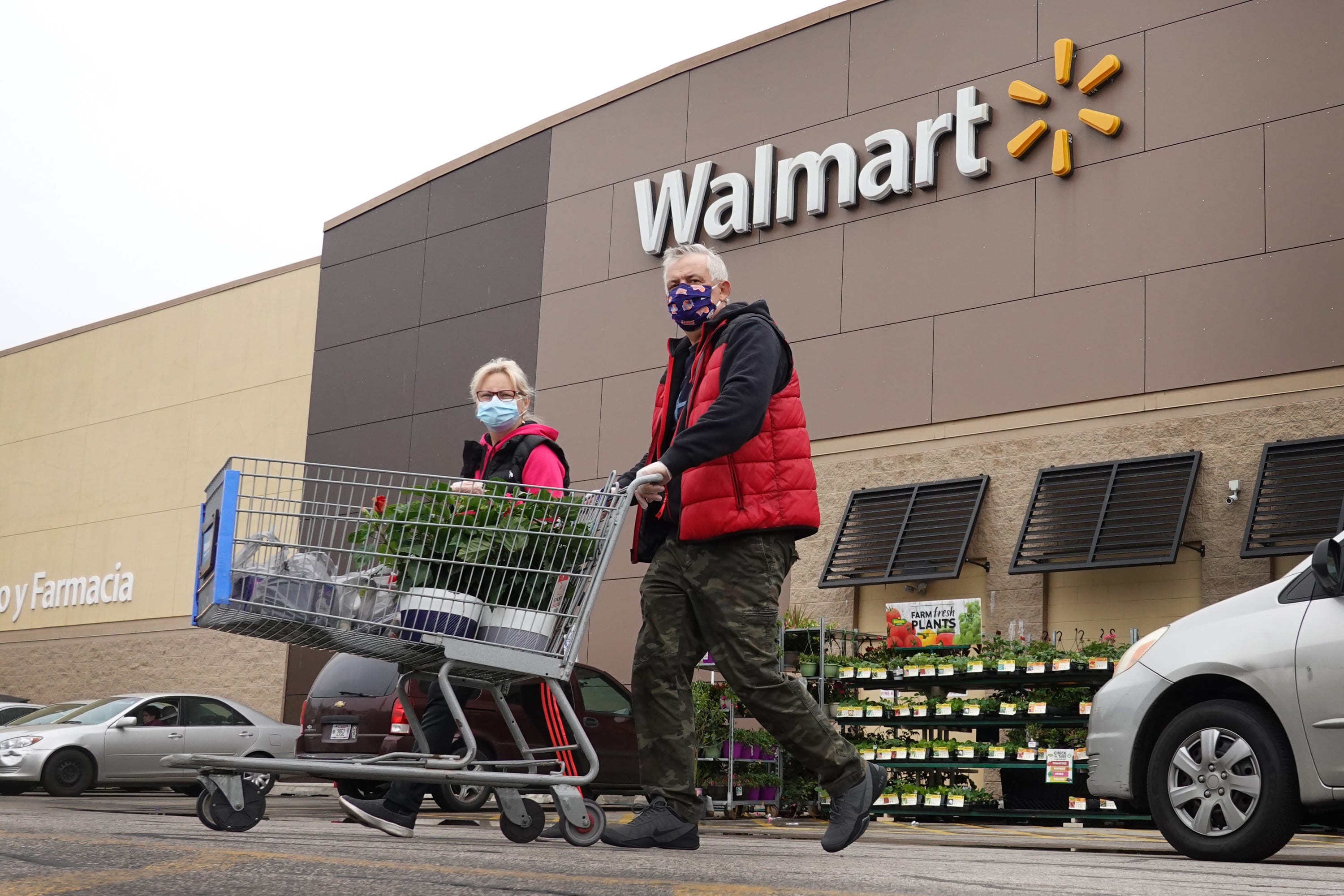 How to Save Big at Walmart Without Holiday Deals

“Black Friday is still critical," said Neil Saunders, managing director of GlobalData Retail. “No retailer wants it to be tarnished. It's still vital to get their consumers spending and get consumers into the holiday mood."

The U.S. Centers for Disease Control and Prevention has labeledshopping in crowded stores during the holidays a “higher risk” activity and says people should limit any in-person shopping, including at supermarkets.

Instead, the health agency recommends shopping online, visiting outdoor markets or using curbside pickup, where workers bring orders to you in the parking lot.

The day after Thanksgiving has been losing its luster as the unofficial start to the holiday shopping season for the past several years, with more stores were offering holiday discounts throughout the month. Still, Black Friday has remained the busiest day of the year, according to ShopperTrak, and is expected to hold that title again this year.

There is reason for hope. Retailers were successful in convincing shoppers to spend early by pushing big discounts in mid-October. And shoppers have shown their willingness to spend for other holidays like Easter and Halloween.

The National Retail Federation, the nation's largest retail trade group, has taken an optimistic view, predicting that shoppers will be looking for reasons to celebrate. The trade group expects sales for the November and December period to increase between 3.6% and 5.2% over 2019 compared with a 4% increase the year before. Holiday sales have averaged gains of 3.5% over the past five years.

“After all they’ve been through, we think there’s going to be a psychological factor that they owe it to themselves and their families to have a better-than-normal holiday,” said NRF Chief Economist Jack Kleinhenz. “There are risks to the economy if the virus continues to spread, but as long as consumers remain confident and upbeat, they will spend for the holiday season.”

Online sales could realize even bigger gains heading into the holidays. Black Friday is projected to generate $10 billion in online sales, a 39% bump from the year ago period, according to Adobe Analytics, which measures sales at 80 of the top 100 U.S. online retailers. And Cyber Monday, the Monday after Thanksgiving, will remain the biggest online shopping day of the year with $12.7 billion in sales, a 35% jump.

In years past, long lines formed outside big box stores as shoppers sought bargains. News4's Shomari Stone reports on what Black Friday looks like in a pandemic.

The pandemic has already benefited Amazon, which continues to seal its dominance in the online space as jittery shoppers click on their devices instead of venturing into stores. Likewise, big box chains like Walmart and Target that were allowed to stay open during the spring lockdowns fared far better than department stores and other non-essential retailers that were forced to close. That disparity helped speed up bankruptcy filings of more than 40 chains, including J.C. Penney and J.Crew, and resulted in hundreds of stores closings.

Plenty of clothing chains like Abercrombie and Fitch have warned of more difficult days ahead, including the possibility of even more store closures. A&F said Tuesday it expects sales declines to deepen to 5% to 10% for the holiday quarter.

“There are a lot of unknowns as we head into what’s our traditionally highest volume weeks of the year,” Scott Lipesky, chief financial officer at Abercrombie & Fitch told analysts on its earnings call. “With COVID numbers rising, there is the potential for a change in apparel demand and customer willingness to enter physical stores. “

Department stores and other clothing stores that haven't yet recovered from the closures during the spring will have a hard time making up for lost sales, says Ken Perkins, president of Retail Metrics LLC , a retail research firm.

Allbirds and Haglofs are just a couple of the retailers making an effort to turn Black Friday into Green Friday by either giving back or scaling back on retail's biggest shopping day. NBCLX's Fernando Hurtado and NBC Bay Area reporter Chris Chmura explain why these retailers are thinking outside the box.