Birth on the Beltway

Dad pulled over near the College Park IKEA exit

A baby boy received a prompt introduction to D.C.-area traffic on Sunday afternoon. His parents were stuck on the Beltway when he was born in the car.

Stacy Ann Bryson was already 39 weeks pregnant and was scheduled to be induced Monday. But the baby had other plans, and the family headed toward Holy Cross Hospital.

That wasn't quite soon enough for baby Aron-Mason, though.

"The only way I could stop this pain [was] if I got him out," Stacy Ann Bryson told News4's Erika Gonzalez. 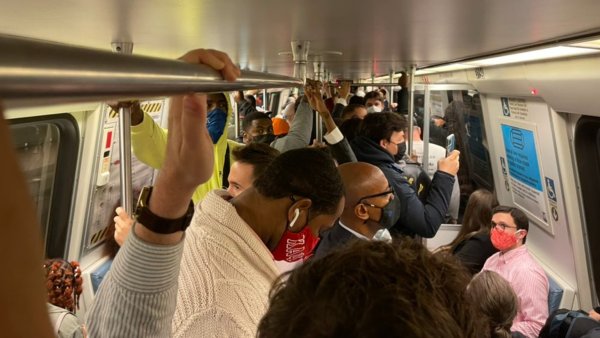 Dad Seitu Bryson pulled over near the College Park IKEA exit and called 911. "Yes, I'm on the Beltway heading northbound toward Holy Cross Hospital. My wife, her water broke," he told the operator.

He helped deliver baby Aron-Mason in the car as the operator talked him through it.

"I trusted him not just with my life, but with our son," Stacy Ann Bryson said.

The 911 operator talked them through the next steps as well. "Gently wipe off his mouth and nose and dry him off with a clean towel," she said in the 911 audio. "...You want to tie the shoelace around the umbilical cord."

That shoelace was supplied by big brother Aman, 10. "I was really tugging on my shoe strings," he said, smiling.

Minutes later, the family was transported by ambulance to Holy Cross in Silver Spring. Aron-Mason weighed in at 7 pounds, 6 ounces. Mom and baby are doing fine.