Ocean City dodged a "cannonball" when Hurricane Earl weakened and veered off to sea, Maryland Gov. Martin O'Malley said as he cast an early vote in the primary election Friday.

The resort city is doing well, O'Malley said. The state was ready for a hurricane, but Earl veered away from the town just as the Labor Day weekend was starting, making Earl the best hurricane one could hope for, he said.

Earl did make enough waves to prove too tempting for at least one surfer. An unidentified man received two $300 citations for violating restrictions on swimming and surfing because of the hurricane. 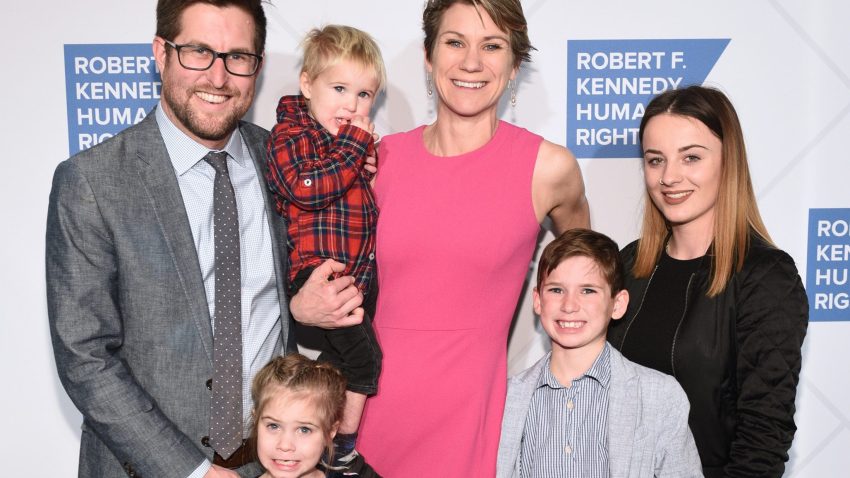 2 Members of Kennedy Family Missing After Canoeing Off Chesapeake Bay 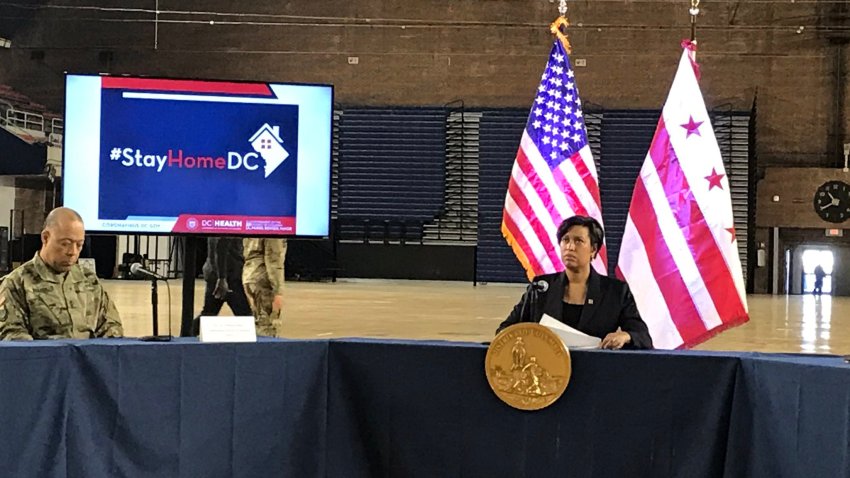 DC Estimates 93K Residents Will Get Coronavirus, Up to 1,000 Will Die

Earl's been moving farther out into the ocean, bringing less damage to the mid-Atlantic coast than originally feared. A Friday morning forecast showed the hurricane tracking farther off shore than predicted earlier. At 2 p.m., Earl was producing sustained 80 mph winds. It's not likely to strengthen as it continues its north-northeast track.

A spokesman for the Maryland Emergency Management Agency said that was good news, and that fears of possible tidal flooding in
the lower Chesapeake Bay had subsided.

Conditions remained relatively quiet Friday morning in Ocean City, the only part of the state that officials said they were really concerned about. It rained through much of the day, but skies were clearing by late afternoon, making for quite a pleasant beach evening. And a tropical storm warning for the Ocean City area was dropped Friday afternoon.

And after 5 p.m., surfers got the go ahead to ride the waves.

Hurricane Earl also lashed Virginia's coast with winds and a pelting rain Friday but left little destruction in its wake.

"Thank goodness we dodged a bullet on this one," said Bob Batcher, a spokesman for the city of Norfolk, which is often subject to flooding but escaped with only a couple streets under water. The city opened its floodgates as Earl's threat diminished.

"A lot of people were paying attention to this storm," said Bob Spieldenner of the Virginia Department of Emergency Management. "I think everybody saw that they have to get ready."

Virginia Beach officials, mindful of a lucrative Labor Day weekend, studied the forecast on Thursday and decided Earl would be a distant memory before the Village People and a lineup of other acts began performing along the boardwalk Friday night and into the weekend.

The resort city of 430,000 began to stir to life early Friday as visitors began heading to the boardwalk and the beach to view wind-sheered waves rolling in.

The few shop owners who had boarded up windows were removing sheets of plywood, and some sandbags were yet to be removed from the entrances of a few stores.

Spieldenner said the agency had received scant reports of power failures, flooding or other disruptions caused by the storm. Emergency coordinators based in Richmond were keeping a close eye on high tides later in the day and were monitoring Earl as it blows past the Eastern Shore later Friday.

Rainfall totals from the storm topped out at slightly more than an inch in Virginia Beach, but most areas in Hampton Roads received less than one inch of rain, according to the National Weather Service.

Gov. Bob McDonnell had declared a state of emergency in advance of the storm, activating National Guard troops and deploying them in Norfolk. The soldiers said they had a quiet night.

The city of Rehoboth Beach moved lifeguard stands and trash cans off the city's beaches in preparation for strong winds expected from Hurricane Earl.

Rehoboth Beach City Manager Gregory Ferrese said Friday he was expecting one to two inches of rain as well as wind gusts. Thirty mph winds were reported at noon, but there was potential for 50 mph winds, NBC4 meteorologist Veronica Johnson predicted.

Ferrese, who has been city manager for 27 years, said the storm was expected to clear out quickly. He said a lot of tourists would be
traveling to the city Friday night. Ferrese said he expects 40,000 tourists to arrive for the weekend, about average for this time of
the year.

He said the trash cans and lifeguard stands would quickly be put back once the storm is over.

Beach Patrol Chief Ray Tartal said the water would be off limits all day Friday. Lifeguards are patrolling the beach on foot, keeping people out of the water.

People are allowed on the beach, but that could change later in the day depending on the waves, Tartal said. A decision about Saturday will be made then.

Precautionary emergency declarations were made along the East Coast, including in Virginia and Maryland.

First light Friday revealed some flooding on the narrow vacation islands of North Carolina's Outer Banks after Hurricane Earl passed in the night.

One to two feet of water covered roadways in the community of Buxton on Cape Hatteras early Friday, pushing loose debris around
including plywood, boards, a gas station ice cooler and a trash bin.

Several miles away, Nancy Scarborough, of Hatteras, also said she had about a foot of water underneath her stilted home.

Mark Van Sciver from the North Carolina Emergency Operations Center said teams were moving out to assess damage. No injuries
have been reported.

Earl's center passed east of Cape Hatteras early Friday with maximum sustained winds of 105 mph. It was on track for the
Northeast coast. Hurricane-force winds, which start at 74 mph, apparently did not reach the Outer Banks, said the National Hurricane Center's chief forecaster, James Franklin.

Delaware's beaches got some winds and rain from Hurricane Earl. On Friday morning, it was still dry in Rehoboth Beach as the center of Earl passed east of Cape Hatteras, N.C. As of about 6 a.m. the Delaware beaches were under a tropical storm warning, meaning tropical storm conditions were expected within 36 hours.

An 80-person team from Montgomery County, Md., was deployed to Massachusetts Thursday night to help out there. Earl could be a major storm system for New England, likely producing 60-70 mph winds, 2-4 inches of rain, and waves of 8-13 feet. It is expected to pass Cape Code and Nantucket at about 2 a.m.

Thursday morning, the storm was tracking rather quickly in a north-northwest direction at 15-20 mph, according to NBC4 meteorologists Doug Kammerer and Tom Kierein. The speed at which it was moving helped Earl increase in strength overnight, which hurricanes rarely do, Kierein said. Earl's forward speed pushed it into warmer waters earlier than anticipated.

Thursday evening, Earl packed winds at about 110 mph and possibly weakening as it blew toward North Carolina. Hurricane force winds were beginning to spread farther from the eye, the National Hurricane Center in Miami said. The center's director, Bill Read, said hurricane winds were spread 70 miles from the eye and widening. The eye of the storm will likely remain about 30 to 75 miles east of the Outer Banks, meaning at the closest point of approach, the western edge of the eyewall could impact Cape Hatteras with huge waves, beach erosion and maybe some property damage.

Tourists were largely gone from the Outer Banks, but residents who stayed behind said they were prepared to face down the powerful hurricane.

The mayor of Ocean City, Md., said the resort town's beaches are closed to swimmers as the East Coast braces for strong winds and rain from Hurricane Earl, The Daily Times reported. Mayor Rick Meehan said lifeguards are only allowing in experienced body-boarders and surfers. The restrictions would likely continue through Saturday, Meehan said.

Officials evacuated the campground at the Assateague Island National Seashore ahead of Earl. Officials ordered visitors off of the beach starting at 6 p.m. Thursday through Friday, the Baltimore Sun reported.

Onlookers described an unusual migration of the island's wild horses, which have apparently moved on their own because of the weather.

Virginia Beach's Labor Day weekend festivities are still on, despite the threat posed by Earl. City leaders and tourism officials decided Thursday to go ahead with a music-filled weekend featuring the Village People and Pat Benatar.