First responders rescued residents from windows and a balcony as a fire tore through an apartment building in Northwest Washington, D.C., early Saturday, injuring a firefighter and three others, officials said.

Thirteen people were displaced in the blaze, which was so intense that the heat melted siding on a neighboring home, according to D.C. Fire and EMS.

D.C. Fire and EMS were called to a three-story apartment in the 700 block of Hobart Place NW about 3:45 a.m., officials said.

Flames were shooting from the building’s roof and thick smoke filled the air when firefighters arrived, video shows.

Video shows two firefighters, one in the building and another on a ladder, helping someone through a window and down to the ground. 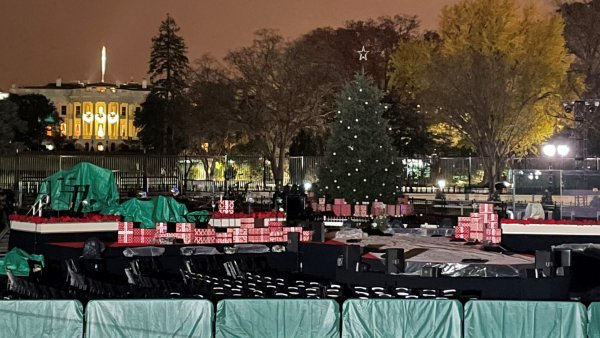 Lt. Stephen Faulkner described breaking into two separate apartments to rescue a man and woman in bedrooms, in a video posted by DC Fire and EMS.

A man and another adult were hurt but are expected to be OK, officials said.

A firefighter was taken for treatment of minor injuries, officials said.

The cause of the fire is under investigation, officials said.