Shot Alexandria Officer Wants to Return to the Force, His Wife Says

Peter Laboy -- the Alexandria police officer recovering after being shot in the head three months ago -- would be back on his motorcycle tomorrow if he had his way, his wife said during a Tuesday morning press conference.

He's the same man she married, but his brain is still healing, Suzanne Laboy said Tuesday. It’s reassuring that he’s met all his recovery benchmarks early, she said.

"I'm amazed, but I also know he's a fighter; he's a winner. He loves a challenge and hates to lose,” she said.

Laboy was shot in the head Feb. 27 in Old Town Alexandria after pulling over a speeding taxi. The driver, Kashif Bashir, was arrested after a high-speed chase on the George Washington Parkway.

Bashir was indicted Monday on one count of aggravated malicious wounding, one count of attempted murder of a law enforcement officer, and two counts of using a weapon in the commission of a felony.

After the shooting, Laboy spent weeks in the hospital and underwent several operations, including one May 8 to put plates inside his head. That surgery has allowed him to ditch the Superman-branded helmet he’d worn since the shooting.

“He hated that helmet,” Suzanne Laboy said, but he hadn’t been permitted to get out of bed without it. It was a safety hazard, especially in their lively home full of children and dogs.

“They're glad their dad's home and they have a lot of love and support around them as well," she said. "It's going to be a long road for all of us."

Since that surgery, though, they've been in a holding pattern. 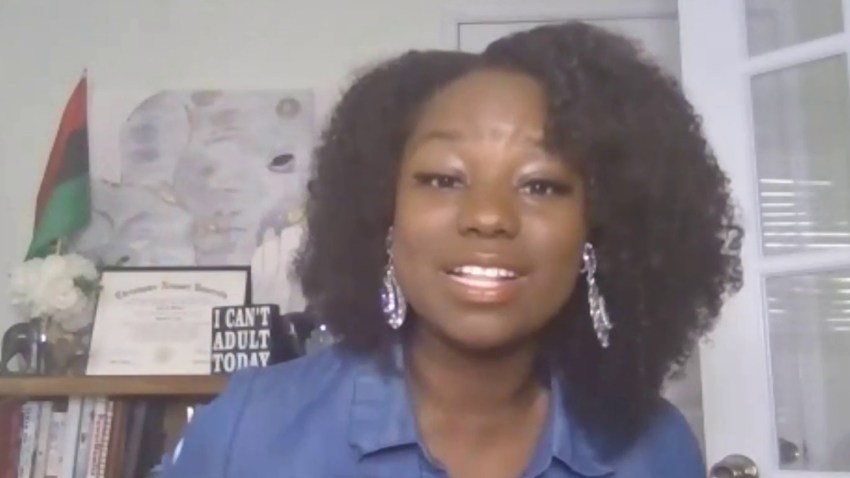 Laboy must wait to get his stitches removed and receive an OK from his neurosurgeon before returning to an aggressive daily rehab schedule. He’ll have another seven weeks of occupational, speech and physical rehab from 9 a.m. to 3 p.m. -- with an hour break for lunch -- before transitioning to another nine to 12 months of regular physical therapy.

He’s finding it frustrating that he has to wait to return. A strict schedule that forces him to get out of the house is helpful for him, Suzanne said: "He doesn't like idle time.... He's bored, he tells me."

Suzanne Laboy doesn’t know what the future will bring, but she said she’s hopeful.

"The thing about traumatic brain injury is you can't really say what he's going to be like in a year,” she said. “What we have is great; I'll take it any day. I believe he will get better and better."

In a three-minute conversation with him these days, it can be hard for others to see the effects of his brain injury, Suzanne said. It’s more apparent for her since she spends 24 hours a day with him.

"Every day is a different day,” she said. “Some days are good, some days aren't. Some days he doesn't want to get out of bed. Some days we don't."

The support of the community has been overwhelming. They’ve received cards from the students who attend the elementary school near where Laboy was shot; people have dropped off things for the Laboys’ children, and people are still bringing food to the family’s home, which is a huge weight off their shoulders, Suzanne said.

"I have a lot of support around me. My family, our friends, our police department family... I don't like to ask for help. I've learned to accept help,” she said.

The couple had never talked much about their work before; Suzanne said she’s now learned about another side of her husband from hearing the stories of others. "He's my husband, but he's your police officer," she said.

While Peter Laboy says every day he wants to get back on his police motorcycle, Suzanne Laboy said she doesn’t know whether that will happen -- or if she wants it to. However, she's glad to see her husband’s determination.

"In his mind right now, he says he would get back tomorrow if the chief would let him. It's not up to the chief, it's not up to Peter, but he says that, and that's good stuff," she said.

He’d loved his getting on his motorcycle every morning.

"God, he loved it," she said, then laughed and corrected herself. "He loves it. He loves it."

One thing is certain, Suzanne said: Whatever he does end up doing, he’ll make sure it’s something he loves to do. In the meantime, he’ll be getting out and about as much as possible.