After a 9-year-old boy was crushed to death by a motorized room partition in his Northern Virginia school, a local lawmaker and multiple school districts are taking action to prevent another tragedy.

Del. Mark Sickles (D-Fairfax) drafted legislation requiring the addition of safety devices to all motorized partitions in schools. He represents the portion of Fairfax County where Wesley Lipicky was killed last spring.

The third-grader was helping a teacher operate a partition in the gym of Franconia Elementary School in Alexandria on May 18 when he got caught between the huge partition and a wall, Fairfax County police said. He suffered severe head injuries and died at a hospital that night. 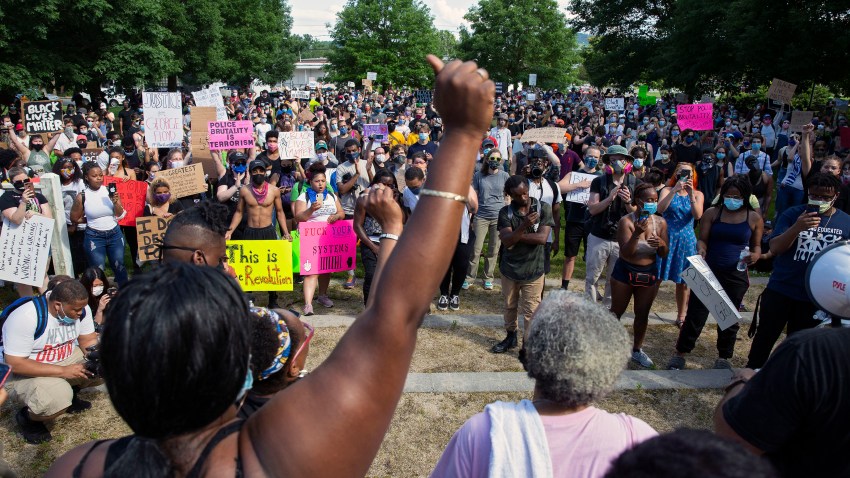 The delegate's bill would require partitions to be equipped with devices that cause them to stop when anything interrupts their path while they are in use.

A News4 consumer investigation found that of the 21 school districts in the D.C. area that have partitions, 17 districts had no formal, written policies on who is allowed to operate them.

After Sickles learned of the investigation, he said he plans to add language to his bill that would require all Virginia schools to have policies and training on partitions.

Click on the dots to see where room partitions are located.

"I was very surprised that schools are not mandated to have a policy on this," he said.

In the wake of News4's investigation in September 2018 on partitions in local schools, some districts are making changes.

Arlington Public Schools will add an extra layer of security, so that only trained staff can access partition operating keys. They say any potential operators will receive training annually. And Arlington schools will no longer install the large motorized walls. They are switching to motorized drop-down curtains instead because they pose less of a threat, the district said.

Some Maryland school districts are taking action as well.

Montgomery County Public Schools said "written protocols are in development ... that reaffirm that the double-key system schools use may only be operated by MCPS staff."

Prince George's County Public Schools says they recently developed a standard operating procedure for partition use and are mounting that procedure on walls near the partitions. Also, they are conducting additional training.

Calvert County Public Schools are "working on writing a procedure."

Sickles said these efforts are moves in the right direction.

"I think it's good that policies have been developed by certain school districts here and there," he said.

But entire states need partition safety policies in place, he said. New York is currently the only state that requires schools to use safety devices with all motorized partitions.

Sickles will introduce his bill when the legislative session gets underway next week.

"We can't let this just be forgotten. We have to use this to light a fire under us to make sure we get this done," he said.

Go here for more information on school districts' rules about the the use of partitions.