If anyone deserved to have a merry Christmas it’s 8-year-old Davidson Alagno.

In the last six months he’s had a kidney transplant, survived three additional surgeries, and spent more than 30 days in the hospital.

With a new lease on life, you'd expect a boy to be consumed by Christmas, but not Davidson. He was worried about the kids who spent their Christmas morning in the hospital. 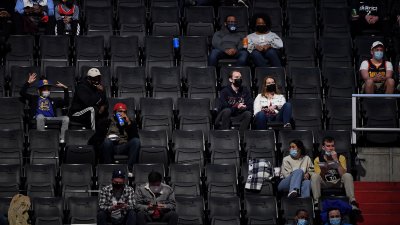 "I had a kidney transplant in July and that’s the summer. But it was Christmas time," he said. "Christmas is a wonderful time. Like in the song."

So, with that song in his heart, Davidson got an idea.

His mother said Davidson approached him with a tin and told her, "I want to raise money for the kidney foundation."

"We just dropped everything, made a sign, got some string, put it outside, and he just sat and watched the door all afternoon long," David Alagno, the boy's father, said.

Foot traffic was minimal, so Davidson moved his effort online.

He raised $500 in an hour, and he raised nearly $4,000 dollars in a week for the National Kidney Foundation.

"To see his resilience and his sort of attitude of 'OK, I'm through it. Now what can I do to help others?’ makes you really proud," Caryn Alagno, the boy's mother, said.

As the donations come in, Davidson is sending out hand written thank you notes to donors. And due to the overwhelming response, he may not get to everybody.

To those he may never get to send a card, Davidson has one thing to say: "Thank you."