“There’s too much gun violence, still, perpetuated in this city and too many children are being harmed — innocent children — by gunfire,” the executive assistant police chief said

A 6-year-old girl was killed and five adults were shot Friday in what officials called a drive-by shooting in Southeast D.C. after gunfire erupted outside a liquor store and convenience store. 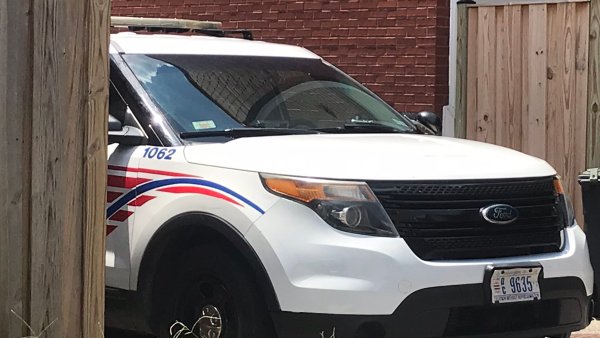 5 Teens, Age 13 to 19, Arrested in String of Armed Robberies Across DC 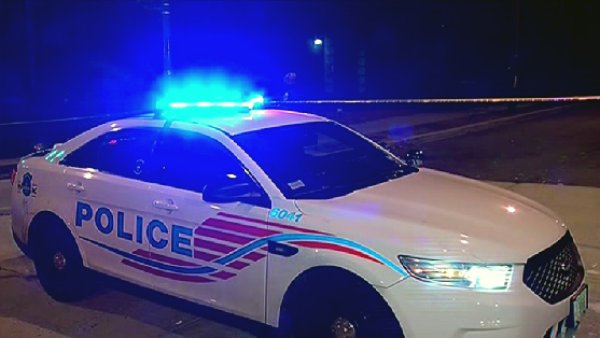 assault with a dangerous weapon Jul 17

Nyiah was rushed to a hospital and pronounced dead. The adults were treated for their wounds and expected to recover, police said. Their identities were not released because they are considered witnesses in the case, D.C. Police Chief Robert Contee said.

Police believe the shooter fled in a gray or silver four-door sedan and are investigating whether there were multiple gunmen. They released video Saturday of the suspect vehicle.

"We're asking... that everyone post that video far and wide," Contee said. "That car should not be able to be in the DMV area anywhere and not be noticed. Someone in the community has seen that car operating, yesterday, perhaps today, and I'm asking justice for Nyiah. Let's find that car and let's find the individuals responsible."

The Mellon Mart down the street also captured the aftermath of the shooting. Video shows how people scattered once shots were fired, and how police officers ran to the victims.

Crime scene tape blocked off Mart Liquor and other storefronts as detectives investigated.

A $60,000 reward is offered in the case and officials are urging the public to come forward with information.

“There’s too much gun violence, still, perpetuated in this city and too many children are being harmed — innocent children — by gunfire,” Benedict said. “Please help the police department and our detectives bring those people to justice and help bring some closure to the families.”

One business owner spoke about his fond memories of the little girl who was shot and killed in Southeast D.C. News4's Derrick Ward reports.

Nyiah was known by merchants on the block where she was shot. One business owner, Ephram Kassaye, said he had fond memories of the girl who nicknamed him "Curly."

He gave her ice cream or a couple dollars when she came in with her little sister and their parents.

"I just love the girl," Kassaye said. "Sometimes I came sad here from other places and I see her. She says, 'Hey Curly,' she comes, she gives me a hug, and I forget everything about it."

D.C. Mayor Muriel Bowser pled with the public to come forward with information.

"Today our city is heartbroken. A child’s life was taken, and there is no way to make sense of the callousness or cruelty," she said.

The Mart Liquor store near where the shooting happened has been temporarily shut down by order of the chief of police for up to 96 hours.

Closure notices posted Saturday night say the business is subject to a hearing by the Alcoholic Beverage Control board.

Some members of the community have been pushing for the establishment to be closed. They say there are too many liquor stores in that corridor in Congress Heights, complaining specifically of trash and crime near the business that was closed.

Salim Adolfo, chair of ANC 8C, has been leading that effort. He spoke about the issue Saturday and pressed the mayor to support those efforts.

"We also want to be able to come out here and keep the neighborhood clean. We have to have a multi-layered approach," he said.

"They can’t come and just enjoy themselves like normal kids because they have to duck and watch for bullets," said Victoria Akinseye, a Ward 8 Advisory Neighborhood Commissioner.

Ward 8 Councilmember Trayon White said during Saturday's press conference that D.C.’s closing of recreation centers had a role to play in the uptick in violence.

“We’re playing catch up at the expense of people’s lives,” he said.

Sharif Omar, a local merchant, said one solution involves residents taking pride in where they live. He said the problem is not in the lack of programs or recreation centers, but the proliferation of liquor stores and other businesses where trouble seems to take root.

Others agreed that change has to come from within, though the heart of a gunman and the minds of the violent are an admittedly tougher challenge.

“Just be honest, we’re not going to be able to end all the violence. But what we can do is start to change the culture of how we go about resolving conflicts,” Adolfo said.

The fatal shooting occurred three years to the day after 10-year-old Makiyah Wilson was shot in Northeast D.C. while trying to buy ice cream near a busy apartment courtyard.

About a year later, 11-year-old Karon Brown was shot and killed at a gas station in Southeast D.C. when several adults got into an argument and gunfire broke out, police say.

Before Friday's shooting, 101 people had been killed this year in the District. By Saturday's date last year, 102 people had been reported killed in D.C., according to police data.