Manuel Ellis, 33, died on March 3, 2020 — Tasered, handcuffed and hogtied, with his face covered by a spit hood

Five weeks after ex-Minneapolis policeman Derek Chauvin was convicted of murdering George Floyd, three Washington state police officers pleaded not guilty Friday in the death of Manuel Ellis, another Black man who pleaded for breath under an officer’s knee.

Tacoma police officers Christopher Burbank, Matthew Collins and Timothy Rankine appeared in orange jumpsuits by video conference from the Pierce County Jail as Superior Court Judge Michael Schwartz set bail at $100,000 for each of them. By mid-afternoon, all three were listed as on the online jail register as having been released on bond.

Washington Attorney General Bob Ferguson charged Burbank and Collins, who are white, with second-degree murder Thursday after witnesses reported that they attacked Ellis without provocation.

Timothy Rankine, who is Asian, faces a charge of first-degree manslaughter. He is accused of kneeling on Ellis’ back and shoulder as he repeatedly told them he couldn't breathe, according to a probable cause statement filed in Pierce County Superior Court. 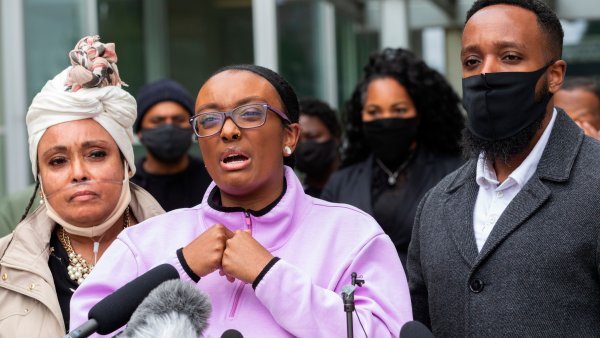 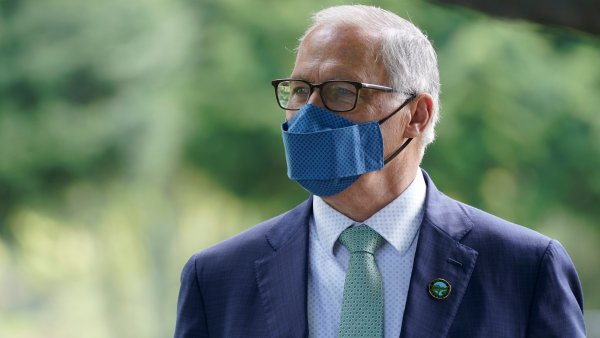 Special assistant attorney general Patty Eakes, representing the state, asked for bail to be set at $1 million, citing the severity of the charges. But defense attorneys argued that their clients had no criminal history, turned themselves in, and posed no risk of flight or danger to the community.

“There’s nothing to suggest he’s ever going to commit a crime — he didn’t commit this crime,” Burbank’s attorney, Wayne Fricke, told the judge. “If these guys were going to run — and he, specifically — that would have occurred in the last 14 months.”

Ellis, 33, died on March 3, 2020 — Tasered, handcuffed and hogtied, with his face covered by a spit hood — just weeks before George Floyd’s death triggered a nationwide reckoning on race and policing.

The Pierce County medical examiner called Ellis’ death a homicide because of a lack of oxygen caused by restraint, with an enlarged heart and methamphetamine intoxication as contributing factors.

The death made Ellis’ name synonymous with pleas for justice at protests in the Pacific Northwest. His final words — “I can’t breathe, sir!” — were captured by a home security camera, as was the retort from one of the officers: “Shut the (expletive) up, man.”

What was different about the Chauvin trial wasn't the verdict, though it felt rare after other cops had been let off the hook for using force on people of color. It was the millions of people who used the case as a rallying cry to call for real change. But it's just one case. Aya Gruber, professor of law at the University of Colorado law school, explains what needs to happen to change policing.

“Ellis was not fighting back,” the probable cause statement said, citing video recorded by witnesses.

Burbank and Collins reported that the encounter began after they saw Ellis trying to get into occupied cars at a red light. Ellis, recently back from church, had walked to a convenience store to get a late-night snack: powdered, raspberry-filled donuts.

The officers cast Ellis as the aggressor, saying he punched the window of their cruiser and attacked them as they got out, according to statements from other officers cited in the charging documents.

But two witnesses came forward with identical stories, saying the police attacked. An officer in the passenger side of a patrol car slammed his door into Ellis, knocking him down, and started beating him, they said.

The witnesses “described seeing a casual interaction between the officers and Ellis before Burbank struck Ellis with his car door — there was no sudden, random attack by Ellis as the officers described that night to others,” the probable cause statement said.

In court Friday, Rankine's attorney, Bryan Hershman, sought to distinguish the allegations against his client from those against Burbank and Collins.

Dr. Howard Henderson, director at the Center for Justice Research at Texas Southern University, speaks out on the critical need for police reform and the disconnect between training and implementation on the streets.

“My client was responding to a priority backup call. What happened prior to his arrival he had no knowledge of,” Hershman said. “He just knew there was a fracas when he got there.”

The sheriff’s office botched the initial investigation by failing to disclose for three months that one of its deputies had been involved in restraining Ellis; state law requires independent investigations. The Washington State Patrol took over, and the Attorney General’s Office reviewed its evidence and conducted its own additional investigation.

Ellis had a history of mental illness and addiction. In September 2019, he was found naked after trying to rob a fast food restaurant. A sheriff’s deputy subdued him with a Taser after he refused to remain down on the ground and charged toward law enforcement.

His landlords at the sober housing where he was staying told The Seattle Times he had been doing well in recent months after embracing mental health care for his schizophrenia.

At a news conference Thursday, Ellis’ family welcomed the charges but called for more work to overhaul the criminal justice system. The family is seeking $30 million in a lawsuit against the city.

The charged officers could face up to life in prison if convicted. But the standard sentencing range is 10 to 18 years for second-degree murder with no prior criminal history and 6.5 to 8.5 years for manslaughter.

Collins, 38, and Burbank, 35, had each been an officer for four years by March 2020 after serving eight years in the Army. Rankine, 32, joined the department in 2018 after six years in the Army and two as a security contractor for the U.S. State Department.