A teenage girl linked to a fatal carjacking near Nationals Park reached a plea deal, sources familiar with the case said.

Mohammad Anwar, 66, was in a gray sedan driving for Uber Eats the afternoon of March 23 when two girls assaulted him using a stun gun and tried to steal his car, police said. It’s unclear what happened inside the car.

A witness to the carjacking told News4 the victim struggled with the girls. Anwar's car crashed and flipped onto its side. 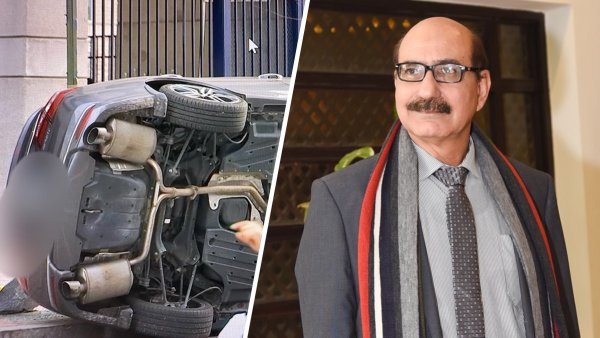 Police found Anwar injured on the sidewalk. Medics took him to a hospital, where he died.

A 15-year-old girl pleaded guilty to felony murder in juvenile court May 5, sources said. Terms of the plea deal are unknown.

In a murder case, a 15-yeariold can be sent to a youth rehabilitation facility until she is 21. Terms of the plea deal could alter that.

A 13-year old who is said to be an accomplice is still awaiting a court hearing in the case.

Sentencing for the 15-year-old in this case is set for June 4.

"My heart goes out to the victim’s family," Attorney General Karl Racine said in a statement. "District law prohibits our office from speaking about the specifics of any juvenile case."