Federal employees continue to feel the repercussions of the government shutdown. Some say they're still trying to catch up on bills, waiting for their full pay back or trying to return to normalcy

It’s been just over a month since the federal government reopened, yet Dallas airport transportation security administration officer Becky Mancha is still waiting to receive part of a paycheck she missed during the partial government shutdown.

“Unfortunately, the checks are not coming up correctly, so now I'm trying to figure out exactly what they paid me for and what am I missing,” Mancha said.

She is just one of 800,000 federal workers who were either furloughed or worked without pay during the longest government shutdown in American history. Mancha and others say the experience has left them insecure, frustrated and scrambling to pay their bills, even a month later.

TSA released a statement Friday which reads, “Of the 60,000 employees, unfortunately, approximately 1,000 have experienced pay discrepancies. This partial payment was complicated by a payroll process that goes from TSA to the National Finance Center (NFC).” 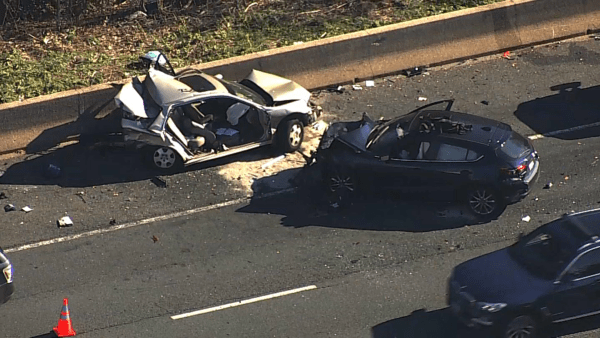 For the next few months, Mancha and other federal employees whose paychecks were withheld during the partial government shutdown say they are going to be behind schedule when it comes to paying bills.

“I'm just catching up with all of my bills, making sure I'm up to date. I deferred the payments and now there is more interest and additional payments, things like that,” said Mancha, who added that she had to hold off on buying books for her daughter in college.

Air traffic controller Nick Daniels, who works at Fort Worth Air Route Traffic Control Center, said one of his young colleagues resorted to working at Starbucks to make ends meet during the shutdown.

“They're having to work at Starbucks ... having to take up a second job before they control your plane and learn how to, for the rest of their career, never make a mistake and never have an error,” Daniels said.

Daniels was able to get help from companies like Chase and Freedom Mortgage. "I cannot tell you how relieving it was to have somebody on your side and somebody willing to help you out in such a time of uncertainty while you're being required to work without pay,” he said.

During the shutdown, which began Dec. 22 and ended Jan. 25, affected federal workers missed nearly $2 billion in pay each week, according to a report from Congress’ nonpartisan budgeting research office. The total amount, about $9 billion, averages out to about $11,250 in income not paid to each affected worker during the shutdown.

And while the government committed to reimbursing those employees — though not contractors — the Congressional Budget Office’s report also noted another complication: some workers may have a higher proportion of taxes withheld from their larger-than-usual reimbursement checks, unless they adjusted their tax withholding to account for the change.

The federal Office of Management and Budget did not respond to requests for information on how many employees have yet to be paid back in full and what is causing any delay.

Three members of Congress wrote a letter to the OMB on Feb. 12 asking them to answer a series of questions by Feb. 26. The OMB has not answered as of Friday morning, according to the office one of the members, Rep. Jennifer Wexton, D-Va.

“Not all of my constituents have received their full back pay,” said Wexton, who represents a portion of Northern Virginia where many D.C.-area federal workers live.

She added that the OMB has not been transparent enough about the issue.

For Victor Payes, a TSA officer at Los Angeles International Airport and a single father of two daughters, the lost pay meant he had to borrow money to pay his bills on time.

“I had to take out a loan last month just to make sure I was able to pay rent for February, otherwise I would have been late,” Payes said. “This is taking away from my credit score because now I owe more money.”

Many federal employees lived within restricted means during the shutdown. Ones who live paycheck to paycheck had to take out loans, go to food banks and strategically chose what to spend on.

The Capital Area Food Bank, which serves the D.C. area, said that its “Hunger Lifeline” emergency food assistance referral service website had five times as many visitors this January compared to last. A spokeswoman said the organization’s pop-up markets served 5,000 federal workers and contractors through direct distribution efforts during the government shutdown.

A missed paycheck has a “ripple effect,” said Dallas/Fort Worth International Airport TSA agent Laymon Lightfoot, who worked without pay during the shutdown.

“It controls and restricts your movement and your freedom to do things. Even just getting to work was a challenge because of the costs of gas,” Lightfoot said.

The shutdown also affected morale of federal employees, leaving lasting emotional impacts in a way that felt different from previous shutdowns, according to Jenny Brown, who has worked for the IRS for 33 years and is the Chapter 67 president of the National Treasury Employees Union.

“I've talked to a lot of people who say that they feel broken. It is hard to go back to work, and so loyally, when you know you can just get shut down like that for five weeks,” Brown said.

Fear of another government shutdown is changing how some workers approach saving. Brown said she’ll stop having her lawn fertilized professionally and save that money instead.

“I am putting as much money as I can into my savings account,” Brown said.

Traditionally, one of the benefits of working for the federal government is job security, since many federal workers are protected by strong unions. But many federal employees considered switching jobs during the shutdown.

Brown said she knows a few people who found different jobs during the 35-day shutdown and decided to stay there permanently to avoid ever being so directly affected by a federal shutdown again. Lightfoot hopes to eventually find a job within the federal government in “a sector that would not be affected by a government shutdown,” like the post office.

Several unions that represent federal employees are suing the government over the shutdown. The largest such union, the American Federation of Government Employees, claims the government forcing work without pay is a violation of the Fair Labor Standards Act.

“The law says we are entitled to our paychecks in a timely basis and that did not happen this time around,” said Payes, the LA TSA agent.

“We just can't be held hostage to solve political disputes as the work we do is so important,” he added.