Cystic fibrosis (CF) is a genetic disorder that causes severe lung damage and nutritional problems in children. Years ago children with the disease were not expected to survive beyond their teens, but today they can expect to live a lot longer thanks to a new understanding of the disease and the development of effective treatments.

Early diagnosis and starting the right treatment early is key to getting children with cystic fibrosis on track for a longer, more comfortable life. Dr. Bruce Marshall, vice president of clinical affairs at the Cystic Fibrosis Foundation, helps parents understand CF and all of the issues that go along with it.

What is cystic fibrosis?
CF is a genetic disease affecting approximately 30,000 children and adults in the United States. CF obstructs the movement of sodium and chloride (salt) from the inside of the cells that line certain organs (such as the lungs and pancreas) to their outer surfaces. This results in the body producing abnormally thick, sticky mucus in these organs. All of the trapped mucus causes various respiratory problems and makes patients prone to infection. When the thick CF mucus impacts the pancreas, it prevents enzymes from reaching the intestines to help break down and digest food. 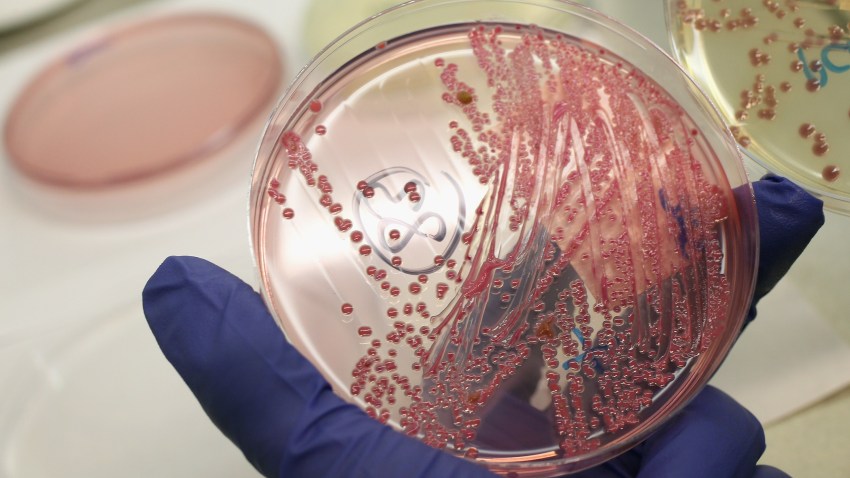 Who most commonly gets the disease?
CF occurs in approximately one of every 3,500 live births in America. According to the 2004 Patient Registry, 95.3 percent of CF cases were in Caucasians, 6.7 percent were in Hispanics and 4 percent were in African Americans. CF is uncommon in Asians and most Native Americans. CF occurs equally in males and females.

More than 80 percent of patients are diagnosed by the age of three. However, nearly 10 percent of all newly-diagnosed cases are age 18 or older.

How is it transmitted?
CF is a genetic disease. You cannot "catch" it; you are born with it. In order for a child to have CF, both parents must be carriers of the CF gene. [There are genetic tests available to determine if you are a carrier]. But even if both parents are carriers of the gene, their children will not automatically have CF—there is a 25 percent chance that their child will have the disease.

What are the symptoms of cystic fibrosis?
The symptoms of CF vary from person to person. Some of the most common symptoms can include persistent coughing or wheezing—sometimes with phlegm—shortness of breath, respiratory infections, such as pneumonia, a failure to gain weight at the normal rate and difficulty in passing stools or frequent, abnormal stools. CF does affect the respiratory system, including the lungs and sinuses. It can also cause the person to have very salty-tasting skin. Note that CF does not cause a person to sweat more, it is just that they have more salt in their sweat.

How would a doctor go about diagnosing the disease?
The way to diagnose CF is a sweat test, the "gold standard" for CF diagnosis. The simple test is noninvasive and relatively inexpensive. A small electrode is placed on the arm to stimulate a sweat gland, and the sweat is collected. An abnormally high concentration of salt in the sweat indicates that a person has CF. Infants may be tested as early as one week if enough sweat can be collected. It is strongly recommended that the sweat test be performed in one of the CF Foundation's accredited care centers, which have guidelines in place to ensure the test's accuracy.

The other means of diagnosing CF is to do a genetic analysis looking for mutations in the CF gene. A diagnosis of CF requires the identification of a mutation in each of the two CF genes in an individual. This information complements the sweat test for most individuals, and for some with a borderline or normal sweat test, it's the only way to make the diagnosis

What type of treatment helps to improve the lung function of someone with cystic fibrosis?
The ongoing treatment of CF depends upon the stage of the disease and which organs are involved. Most patients with CF need airway clearance. One form of airway clearance, chest physical therapy, requires vigorous pounding with cupped hands on the back and chest to dislodge the thick mucus from the lungs. Other forms of airway clearance can be done with the help of mechanical devices used to stimulate mucus clearance. Antibiotics are often used to treat lung infections and are administered intravenously, via pills or with medicated vapors, which are inhaled.

Mucus-thinning drugs such as Pulmozyme are also available. And many patients take Tobramycin Inhalation Solution (TOBI) to treat chronic lung infections. This drug can help reduce the number of hospital stays a patient must endure. Azithromycin, a type of antibiotic, has been shown to be effective in improving the lung function of people with CF who are chronically infected with the bacteria Pseudomonas aeruginosa. It is also used to treat common bacterial infections, such as pneumonia and ear infections.

Having a transplant is, to a certain extent, trading one set of problems for another. Those that do well after transplant must take immunosuppresants to prevent the body from rejecting the new organ. These drugs require close monitoring and have the potential for nasty side effects. That said, for those who have a successful outcome, it is a life-saving procedure.

What treatments are necessary when cystic fibrosis affects other parts of the body?
When CF affects the digestive system, the body does not absorb enough nutrients. Therefore, people with CF may need to eat an enriched diet and take both vitamins and enzymes.

What is the life expectancy for someone with CF?
Life expectancy is tricky question because it is a moving target. The most recent data from 2004 shows a median predicted survival of 35 years of age, and the predicted age is steadily improving over the years. But some patients have a milder form of the disease, at times not even detected until adulthood. These people have a better prognosis and can live into their senior years.

When we look in our registry, we see continued improvements in survival in each successive cohort, so we believe that a baby born with CF today will likely live into their 40's and perhaps 50's with the tools available to us today. But we certainly expect additional breakthroughs in treatment over that time frame, so it's hard to predict where we will be, but we are certainly optimistic. That said, there's still a lot of work to be done.

What advice do you give parents of children who have just been diagnosed with cystic fibrosis?
It's important to learn all that you can about the disease. Check the CF Foundation's Web site: http://www.cff.org. And go to the nearest accredited care center.

Of course, all parents want to protect their children, but try not to be overprotective. Remember, a child can lead a normal life with CF. Many play sports, go to college, marry and have families.