A Los Angeles judge denied a request for a mistrial Tuesday in the murder case against New York real estate heir Robert Durst after more than three months of delay because of the coronavirus.

Judge Mark Windham said Durst’s right to a fair trial has not been compromised by pausing the case in March just days after it began. It is scheduled to resume next month in an Inglewood courthouse that has a larger courtroom to accommodate social distancing.

Defense attorney David Chesnoff argued by phone that Durst would not have adequate legal representation because doctors have advised him and two other lawyers on the team not to appear at trial because of their age and underlying health conditions. 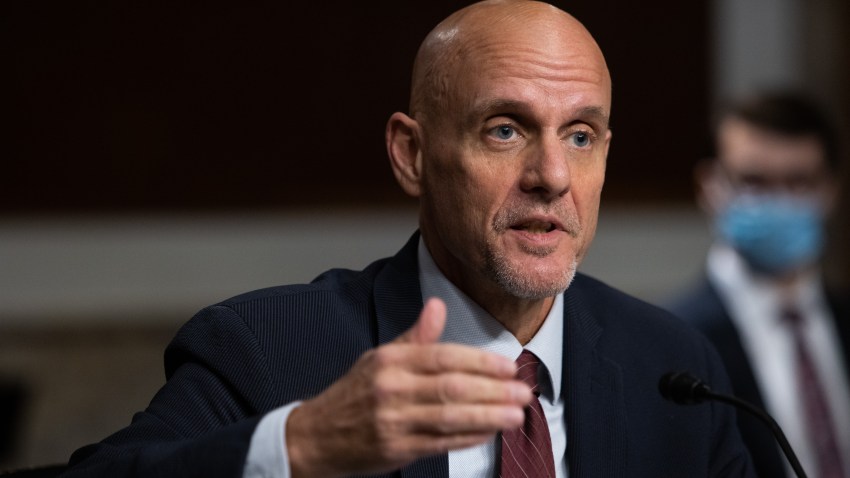 US Experts Vow ‘No Cutting Corners' as Vaccine Tests Expand

Trump Won't Commit to Peaceful Transfer of Power If He Loses

He also argued that jurors, court staff, prosecutors and spectators could be exposed to COVID-19 in the courtroom, restrooms, elevators and cafeteria. The health of Durst, who is 77 and has had a series of significant health problems, would also be in jeopardy.

“The reason Mr. Durst hasn’t gotten COVID is because of isolation,” Chesnoff said. “Moving him from the jail where they have him in complete isolation to a courthouse where he could contract it — it would be ironic if he had spent all this time avoiding a disease only to be impacted by it because of a rush back to trial.”

Deputy District Attorney John Lewin said the defense was making a strategic move because Durst wants a “do over.”

Windham, who wore a black neck gaiter pulled up over his mouth and nose, said he would not put anyone’s health in jeopardy, pausing at one point to rub sanitizer in his hands. He noted that it took several weeks to whittle 1,000 prospective jurors down to a panel of 23, including 11 alternates.

“I do not want to go with another jury selection process,” Windham said. “If we have to wait, we’ll wait.”

Durst is accused of shooting his best friend, Susan Berman, in the back of the head at her Los Angeles home in 2000. He has denied any role in her death, but his lawyers acknowledged he sent a note with the word “cadaver” written on it directing police to her body.

Durst killed Berman because he feared she was going to tell New York police that she knew he killed his wife in 1982 and she helped him cover up the crime, prosecutors said.

Durst was not in court and his lawyers, based in Texas, Las Vegas and Los Angeles, participated by phone.

Chesnoff said that lead defense counsel, Dick DeGuerin, who won an acquittal for Durst on charges that he killed a neighbor in Galveston, Texas, would not be able to prepare Durst to testify under current conditions because he can’t leave his Houston home and jail visiting hours are limited because of the virus.

Lewin suggested if Durst doesn’t testify, the defense will use that as an excuse to ask for a mistrial or an issue to appeal if he’s convicted. He mocked Chesnoff’s claims that the defense wants to finish the trial.

“This is not a situation where the defense, as they present, your honor: ‘We so much want to go forward,’” Lewin said. "That’s not accurate. There’s a word for it. I can’t say it in court but it’s very clear ... that’s not sincere. They want a mistrial.”

Chesnoff noted the irony that the judge was allowing prosecutors to play videotaped testimony of older witnesses, who couldn’t travel because of COVID-19, while not extending the same offer to Durst’s lawyers.

Windham said he would hold a July 17 hearing to see if further delays were needed.

If not, the trial will resume July 27 with the judge possibly spending a couple days inquiring whether jurors have problems continuing their service. He said he would allow attorneys to present one-hour statements to jurors and previous testimony could be read back to refresh their memories.