Reachable only by plane or boat, the dwindling community of fewer than 500 people has reported zero cases of the coronavirus

Inez Pruitt has watched the coronavirus spread throughout the world from the relative safety of Tangier Island, a small fishing community in the middle of the Chesapeake Bay.

But the virus is now as close as it can get without crossing the water, infecting people on the Eastern Shore of Virginia and Maryland.

“I feel like if we got COVID, it would be devastating,” said Pruitt, a physician assistant who operates the island's health clinic. “In my head it has a very high potential of happening. I just hope to God it doesn’t.”

Reachable only by plane or boat, the dwindling community of fewer than 500 people has reported zero cases of the coronavirus. And though its one school and two churches have shuttered, life has continued at a level of normalcy that much of the nation lost weeks ago.

Far fewer people on Tangier are wearing masks than in much of the U.S. Its watermen, who anchor the economy and make up much of the workforce, still pull up crab pots and sell their bushels to buyers on the mainland.

Only one restaurant is open this time of year, so only one had to close its dining room.

The island still celebrated Palm Sunday and Easter, albeit in a long procession of golf carts and other vehicles that circled the island.

“It’s sort of like we’ve been in a safe haven,” Mayor James “Ooker” Eskridge said. “We feel more protected.”

Tangier has come to be viewed by some in America's stifled East Coast cities as the perfect escape.

“I’ve had folks call me up from all over and say, ‘Would it be OK if I flew in just to walk on the beach?’” the mayor said.

The mayor said he has discouraged such visits, but small planes have landed in recent weeks. The island also told a New York-based production company that was filming a possible television show about Tangier to stay away until the pandemic subsided.

But the community’s protective isolation could also be its undoing if the coronavirus comes ashore. Disease can spread fast in the close-knit community, which hasn’t had a full-time doctor in half a century.

These days, a doctor usually flies to the island every other week. People who get really sick must be taken to a hospital on the mainland. About 40% of Tangier's inhabitants are more than 60 years old and therefore more vulnerable to the virus.

Over the winter, a flu spread quickly and infected more than 50 people, Pruitt said. One person almost died. Another had a heart attack.

“We’re incubated and isolated enough to spread just like we did the flu,” she said.

Pruitt said most people on the island have practiced social distancing and stopped visiting friends. But Tangier is still very much connected to the rest of the world.

A mail boat comes six days a week. Another boat often takes people each afternoon to the mainland. A third boat picks up crabs. And then there are the island residents who take their own boats to sell crabs or who have to buy groceries, medicine or other supplies on the mainland.

Plus, dozens of the island’s inhabitants leave for weeks at a time to work on tugboats along the East Coast.

Among them is James Parks, 53, who works on a tugboat that fuels ships passing through New York City. He said those ships have included the USNS Comfort, the U.S. Navy hospital ship that President Donald Trump sent to New York.

Speaking from his cellphone on the tug, Parks said the crew of five wore gloves and masks before buying food in Virginia and Maryland to take on the boat. Each had his temperature taken before getting onboard for a three-week trip.

The crew will never set foot in New York. But Parks’ concern about bringing the virus back has him avoiding Tangier's one grocery store and other public places whenever he returns.

“But there are so many ways it can be brought there,” he said.

For now, though, Parks is looking forward to making it home.

The relative feeling of safety on Tangier is a strange role reversal for a community that frequently draws apocalyptic descriptions.

The island is rapidly disappearing into the nation’s largest estuary. Scientists predict that residents may have to abandon Tangier in 25 to 50 years.

More young people are leaving for college, the military and better-paying jobs. The island has half the residents it did 40 years ago.

“People say we’re going to get washed into the bay and we’re going to drown,” said Tommy Eskridge, a 53-year-old waterman and the mayor’s nephew. “But here we are. It seems like we got a leg up on this one.” 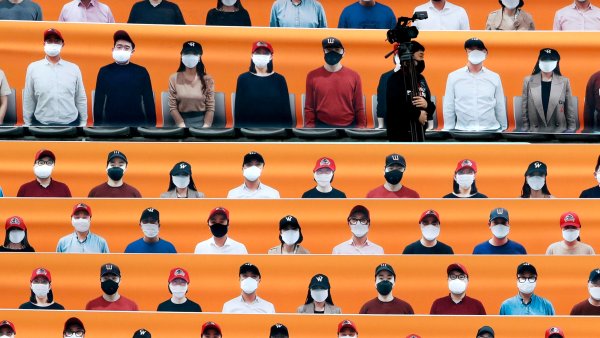 When Will We Be Going to Concerts and Sporting Events Again? Here's What Experts Are Saying 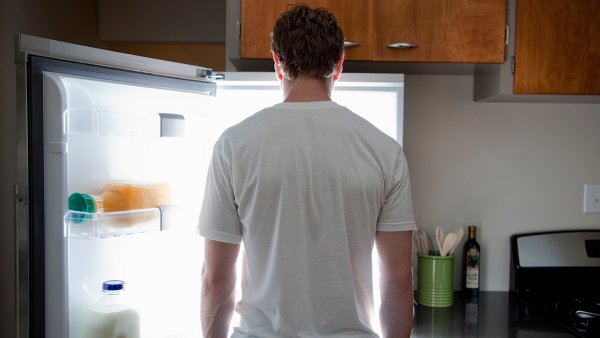