The positivity rate for people being tested has been falling for weeks, which means fewer people will end up in hospitals

The U.S. military on Wednesday began delivering shots at coronavirus vaccination centers in Texas and New York and announced that service members will start staffing four centers in Florida and one in Philadelphia next week.

The expanded vaccination effort came as Defense Secretary Lloyd Austin met with military commanders overseeing the COVID-19 response effort. He also visited the vaccination center in Los Angeles, the first staffed by the new active-duty military teams that are being developed.

The Biden administration has said that delivering the vaccine to Americans is a top priority. The Pentagon is ramping up the deployment of what federal authorities say could be up to 100 vaccination teams around the country.

The latest COVID-19 vaccine, a one-shot dose from Johnson & Johnson, could receive emergency use authorization by the end of the week.

The stepped-up efforts reflect the extent to which the coronavirus has devastated the United States, killing more than 500,000 Americans. While average daily deaths and new infections have been falling, some experts say too few Americans have been inoculated for the vaccine to be making enough of a difference. The decline instead is attributed to the passing of the holidays, more people staying indoors during the winter and better adherence to mask rules and social distancing.

California has the highest coronavirus death toll in the nation, at more than 49,000. Austin is touring the federally run vaccination site that is set up on the campus of California State University of Los Angeles, which opened last week. The site, on the east side of LA, is staffed by a 222-member military team from Fort Carson, Colorado, and it highlights an effort by state leaders to make the vaccinations more available to communities hit hard by the pandemic.

Watching the line of cars file slowly through the parking area on campus as people in their cars got shots, Austin spoke with troops who have been giving out vaccines. One soldier from the area told Austin how thrilled he was to be able to give his own mother a shot.

Authorities in Houston are opening a federally funded COVID-19 vaccination center that will serve an estimated 126,000 people over the next three weeks

“It almost brought me to tears,” Austin said later, recounting the story.

Speaking to another group of service members working at the walk-up vaccination site, Austin said they need to take the leadership, coordination and compassionate skills they have learned doing this to their next mission.

Austin told reporters later that the military is learning every day how to make the process more efficient. And he said one thing that has proved successful has been the mobile vaccination teams, and he intends to talk to agency leaders about expanding those.

Despite the state's high death toll, the rates of new infections and hospitalizations continue to plummet across the state. Health officials said Sunday that the number of patients in California hospitals with COVID-19 has slipped below 7,000, a drop of more than a third over two weeks. Total cases are approaching 3.45 million.

The positivity rate for people being tested has been falling for weeks, which means fewer people will end up in hospitals.

In his first trip outside Washington as defense chief, Austin stopped in Colorado at U.S. Northern Command and met with its commander, Air Force Gen. Glen VanHerck, who also heads the North American Aerospace Defense Command. Military officials there told reporters traveling with Austin that service members are delivering 6,000 shots a day in Los Angeles and will build to that number at the center in Houston, where the 222-member team started working Wednesday.

Smaller, 139-member teams began operations in the New York City boroughs of Brooklyn and Queens, and in Dallas, which has two. They are expected to soon be delivering 3,000 shots a day.

Austin has so far approved the deployment of 25 military vaccination teams, which come in two sizes, 222 members and 139 members, and total about 4,700 service members. So far, 11 have either started or will begin next week. 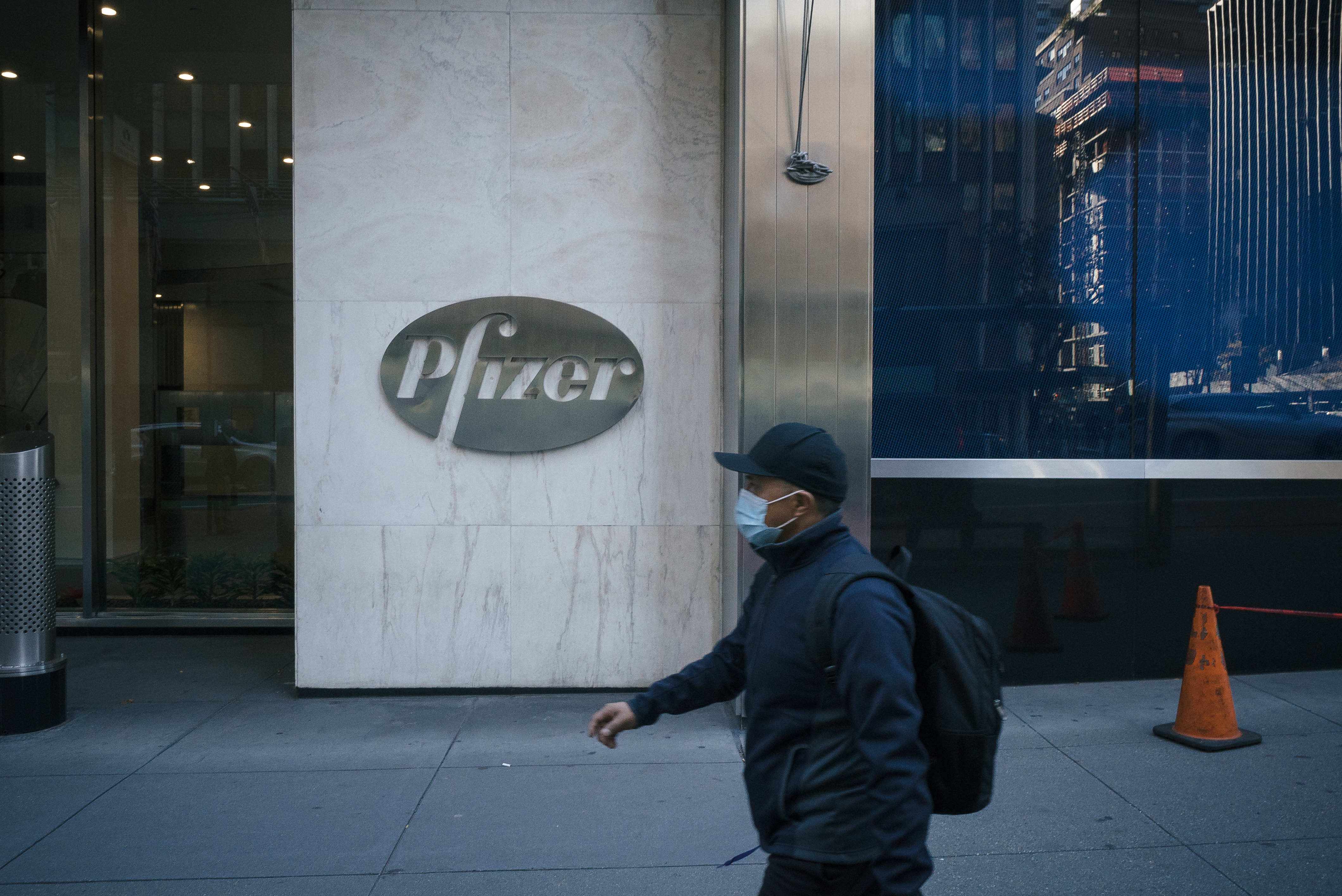 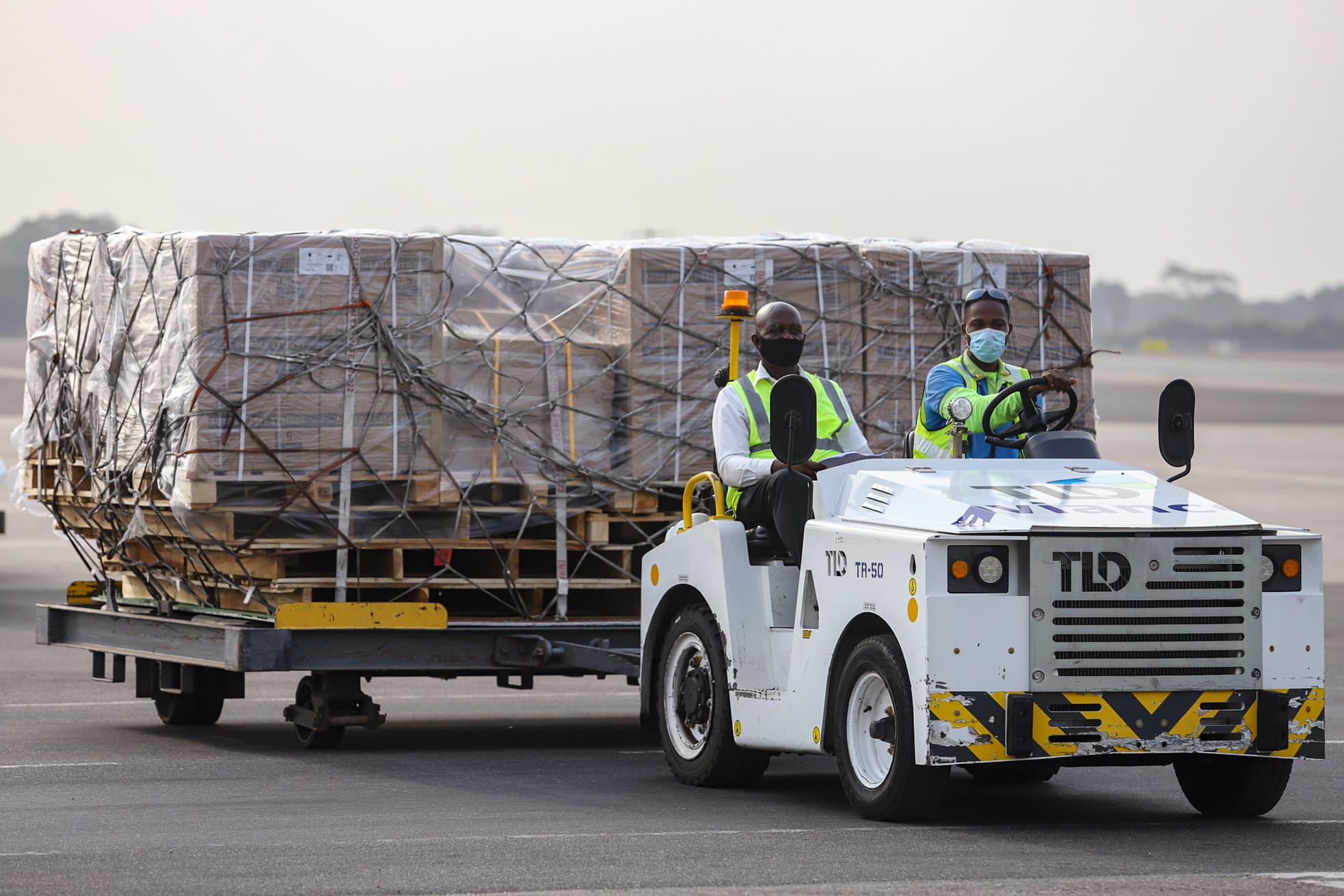 The Federal Emergency Management Agency has asked for 100 such teams, which would put the Defense Department on pace to deploy as many as 19,000 troops if all are needed. The troop number is almost double what federal authorities initially thought would be needed.

The five military teams moving into cities this week include 139-member units going to Miami, Tampa, Orlando and Jacksonville in Florida, and a 222-member team going to Philadelphia.

The military has also sent three 25-member medical units to cities in New Jersey and is sending one to the U.S. Virgin Islands.

Military officials said developing new sites will depend on how much vaccine becomes available and whether states request the aid and can provide proper locations.

Touring a Pfizer manufacturing plant in Michigan, President Joe Biden says the U.S. is currently on track to vaccinate all Americans who want the shot by summer.

Separately, in a video message to the military force, Austin urged service members to get the vaccine. The shot is voluntary because the vaccines have not yet gotten final approval from the Food and Drug Administration. And while rates vary, military units around the world say 30 to 60% percent of their troops who are offered the vaccine are declining. Military leaders said last week that they believe the overall declination rate is about 30%, but they say they do not have good data.

Speaking to reporters in Los Angeles, Austin also acknowledged the reluctance in the Black community to the vaccine. As the first Black person to serve as defense chief, Austin said that he believes the vaccine is safe and that with enough information people will make the right decision.