While the 2020 harvest numbers are preliminary, as of December, there were 39,913 bushels of oysters sold in Maryland in 2020 from leased beds, compared to 54,903 bushels sold in 2019, according to the Department of Natural Resources

The pandemic-affected oyster season has been difficult for the industry in Maryland, causing farmers and watermen to rethink how they sell their product and changing how programs conduct oyster restoration.

After restaurants reduced their capacity and a stay-at-home order was issued last spring, restaurant sales essentially went to zero within a matter of a week, said Scott Budden, founder of Orchard Point Oyster Co. headquartered in Stevensville, Maryland.

Pre-pandemic, Orchard Point Oyster Co. would primarily sell to restaurants, either directly to the chef or through regional distributors and wholesalers. Since April, they have transitioned to directly selling to the public, through local pick-ups and cold shipping, Budden said.

While the 2020 harvest numbers are preliminary, as of December, there were 39,913 bushels of oysters sold in Maryland in 2020 from leased beds, compared to 54,903 bushels sold in 2019, according to the Department of Natural Resources. This is more than a 25% decrease in the number of oyster sold off of Maryland shellfish aquaculture leases, which includes harvests from farmers and some watermen.

Many people only see oysters as something they enjoy at a restaurant, said Karis King, public relations and event manager at the Oyster Recovery Partnership.

“With restaurant closures and events being pretty much non-existent, oyster farmers are left with a ton of supply with oysters that need to be harvested right away or else they are going to grow larger than the desirable market,” King said.

There’s a sweet spot for oysters to be harvested — between three to four inches from one tip to the other. Beyond that, the meat becomes too large, King said.

Maryland’s oyster season began in October, but the estimated $9 million dollar industry is hurting badly due to the pandemic. News4’s Jackie Bensen spoke with some folks encouraging people to enjoy oysters at home.

“Oysters don’t stop growing because of a pandemic amongst humans,” Budden said. 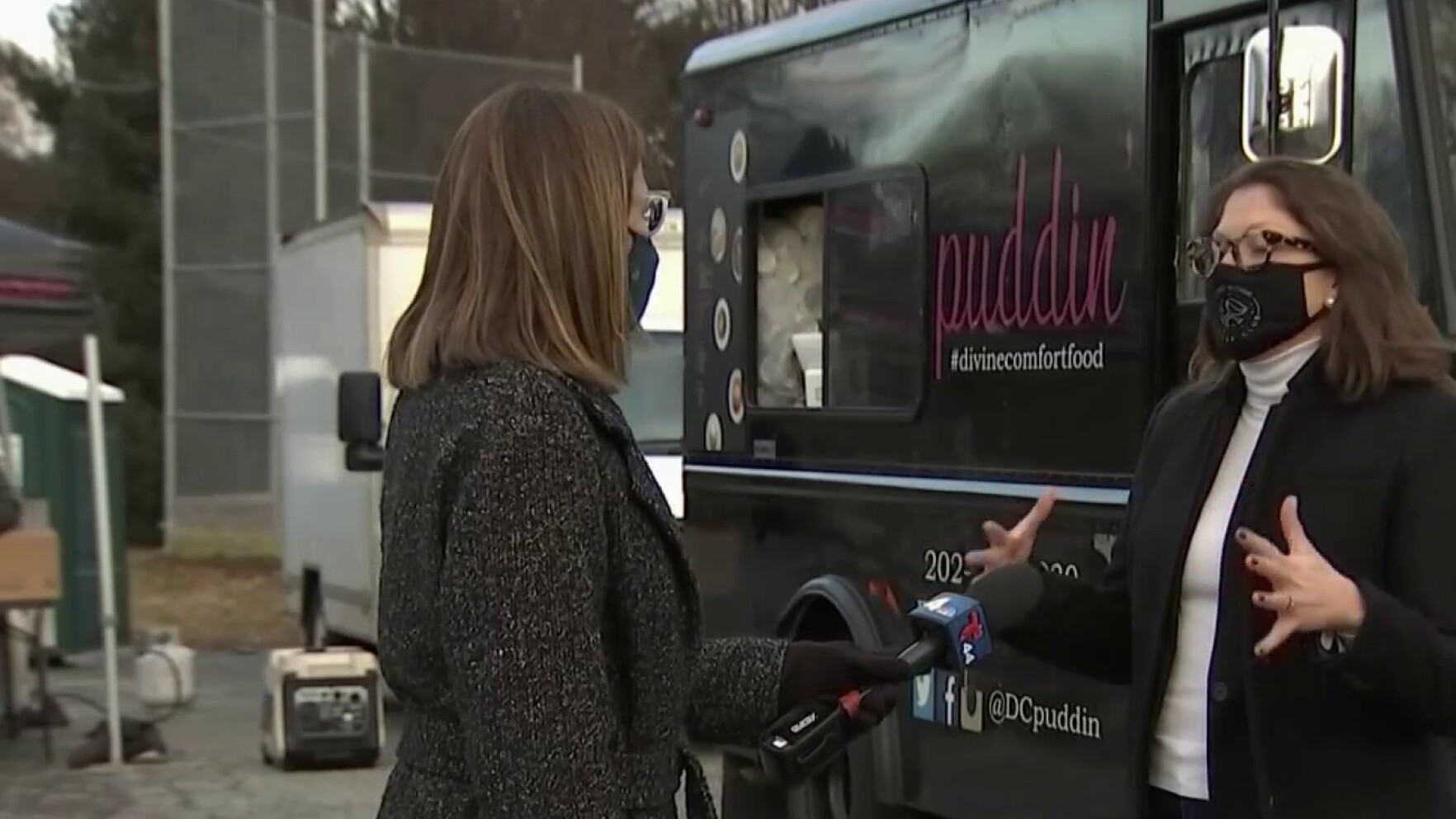 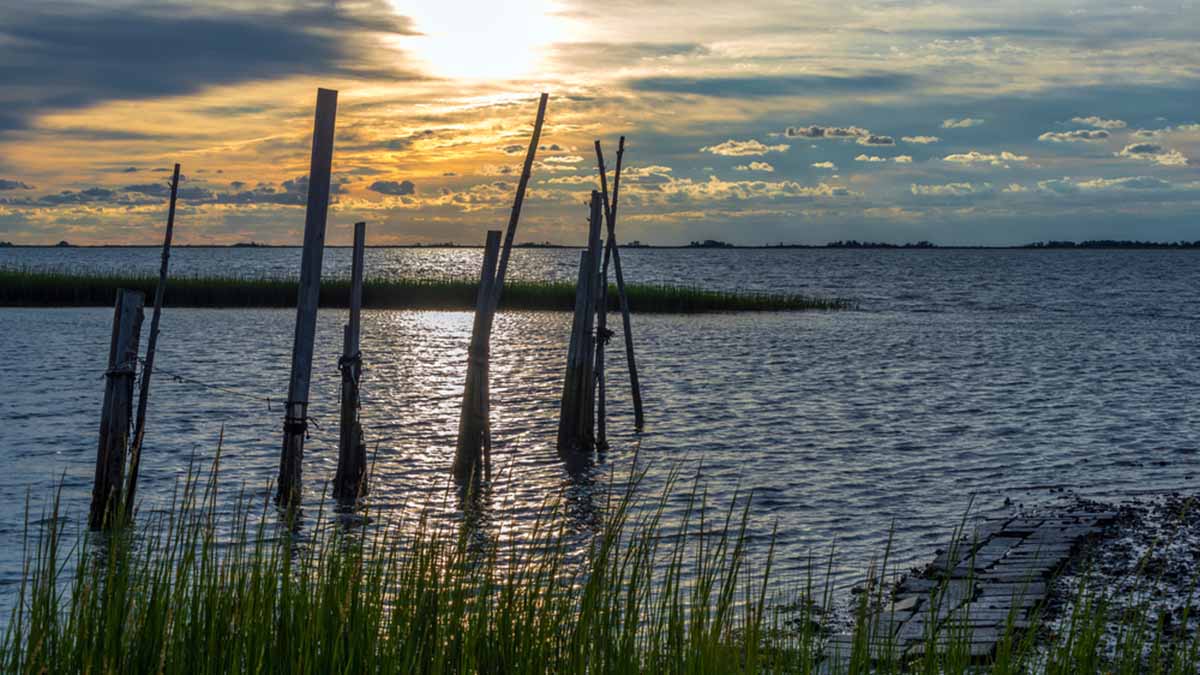 Report on Chesapeake Bay Health Remains at a D-Plus Grade

Pirate’s Cove Oyster Co. participated in the Nature Conservancy’s two-year initiative, Supporting Oyster Aquaculture and Restoration — known as SOAR — in collaboration with the Maryland Department of Natural Resources and the Oyster Recovery Partnership.

This program has helped farmers stay afloat by purchasing uneaten oysters from farmers and using them for restoration.

SOAR provided cash to purchase new seed and cleared some of his inventory to make room for this year’s oyster planting, Wilford said.

A farmer grows their own oysters, while watermen participate in public fisheries. Farmers don’t harvest from public shellfish areas, rather they have aquaculture leases. A lot of watermen are also farmers, however, and have applied and received leases to grow oysters.

Robert Brown, watermen and oyster grower, has bottom oyster leases on the tributaries of the Potomac River. While more watermen are getting into growing each year, many of them are in their upper 60s and don’t want to invest the type of money at that age to start an aquaculture business, Brown said.

Brown, president of the Maryland Watermen’s Association, said he sells the majority of his oysters to oyster packaging houses, which aren’t working at capacity because they can’t sell the oysters once they shuck them.

Watermen are being hit hard in the pandemic and it might be a few years before we get back to normal, Brown said.

Oyster restoration efforts have also been affected during the pandemic.

Their oyster restoration season started three months late after non-essential activities were put on hold, said Allison Colden, Maryland fisheries scientist at the Chesapeake Bay Foundation. Their season only lasts six months of the year, cutting their time to restore oyster reefs in the Chesapeake Bay in half.

Considering the challenges they faced due to the pandemic, adding 14 million oysters is still a big feat, Colden said.

But even past the pandemic, Jason Ruth, owner of Harris Seafood Co. in Grasonville, Maryland, said he doesn’t see the oyster industry getting back to the numbers they once had.

People are creatures of habit and now that they’ve gotten used to doing things at home, the restaurant industry might never go back to how it was, Ruth said.

Moving forward, the oyster industry has to get creative in how they sell oysters and how they teach people to eat oysters at home, Ruth said.

The Maryland General Assembly is also working to protect oysters and aquaculture in the Chesapeake Bay.

Last week, the Environment and Transportation Committee in the Maryland House of Delegates held a bill hearing for HB0800, a bill that would require the Department of Natural Resources to develop a mobile application to determine an individual’s location in relation to aquaculture leases, natural clam or oyster bars, oyster sanctuaries, open harvest areas, and other relevant data, according to the bill’s fiscal and policy note.

Even if this bill can save 10 watermen from losing their living for being in the wrong area, it’s worth it to the citizens of Maryland, said Del. Jerry Clark, R-Calvert and St. Mary’s, sponsor of the bill.