DC Mayor Bowser Hints at Mask Mandate Return: ‘As It Evolves, We Evolve'

The District is seeing its biggest spike in new COVID-19 cases since the pandemic began, and on D.C. Mayor Muriel Bowser said Friday that she’s not ruling out reinstating the mask mandate.

As the new omicron variant sweeps across the nation, lines at testing sites are starting to grow longer. This comes as D.C. is in the midst of a serious spike in new cases. On Thursday, the District reported 508 new cases, the largest one-day total of new cases since the pandemic began more than 21 months ago — and on Friday, that record was shattered again as 844 new cases were reported. 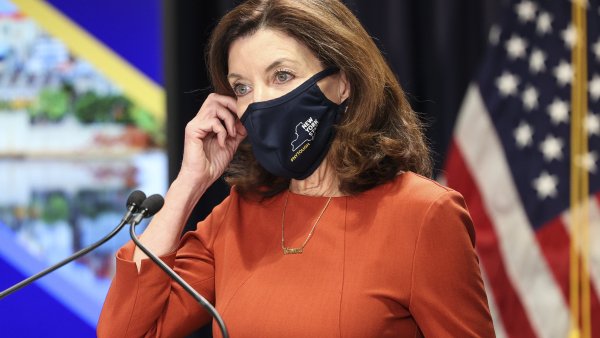 NFL Postpones Washington-Eagles Game, Plus 2 Others, Due to COVID-19

"I will be having very in-depth conversations with my team today to see if we need to make any changes in our response," Bowser said Friday. "But no one should be surprised that in the winter months, cases go up."

On Friday, several members of the D.C. Council called on Bowser to reinstate the indoor mask mandate. She said everything is on the table.

"As we have always said through this pandemic … as it evolves, we evolve," Bowser said.

She acknowledged the omicron variant is spreading much faster than the earlier variants.

"I expect that’s going to warrant some changes in course for us, around our emergency response," Bowser said.

While Bowser has resisted reinstating the District's mask mandate, she said it is being considered.

"But that is on the table, as well as other interventions or other administrative responses that we need to be prepared for this phase of the pandemic," she said.

Right now, the District is under a mask advisory, which they compare to a boil water advisory. But this is the first time since lifting the mask mandate that Bowser has hinted that it might come back.