Vaccinations began this week in Walmart, Giant and Martin's stores, and the governor said the state's pharmacy network for vaccinations will expand next week to some Safeway and Rite Aid stores.

Maryland Gov. Larry Hogan outlined plans on Tuesday to put infrastructure in place to speed up COVID-19 vaccinations when a higher volume of doses becomes available, but he cautioned that demand will far exceed supply for some time.

Maryland will open six mass vaccination sites, including one at Six Flags America in Prince George's County near the nation's capital and another at the Baltimore Convention Center by Feb. 5, Hogan said. M&T Bank Stadium in Baltimore also will serve as a vaccination site. Sites on the Eastern Shore and in western and southern Maryland are being planned. 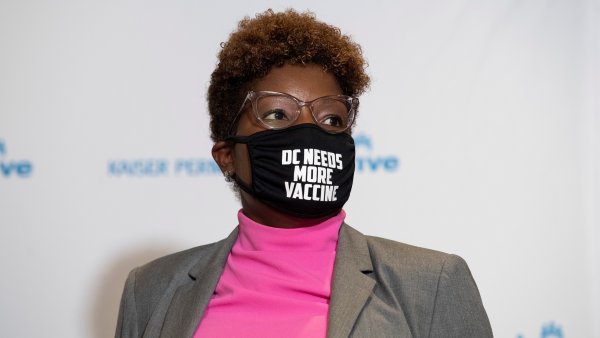 Coronavirus in DC, Maryland, Virginia: What to Know on Jan. 26 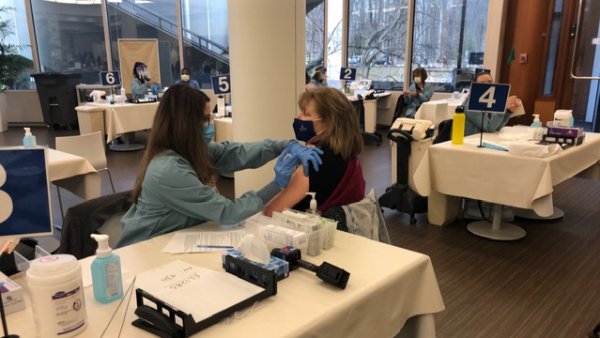 “As soon as the state receives higher allocations from the federal government, our infrastructure will already be in place, and we will be able to quickly expand well beyond these pilot programs to include much higher volumes, more and more pharmacies and many more locations across the state," Hogan said.

Hundreds of Maryland National Guard members who have been in Washington to help protect the nation’s capital will be reassigned to help plan, build and launch the mass vaccination sites, Hogan said.

Maryland now has more than 100 vaccine providers, including pharmacies, hospitals and local health clinics, Hogan said. Vaccinations began this week in Walmart, Giant and Martin's stores, and the governor said the state's pharmacy network for vaccinations will expand next week to some Safeway and Rite Aid stores.

The state has a website for people to help find providers in the area at covidvax.maryland.gov.

Hogan announced that the Federal Emergency Management Agency has approved an additional $219 million for the state health department to support vaccinations, and the state has requested FEMA's help in supporting regional mass vaccination hubs.

The governor said the state is using data and modeling to prioritize underserved areas with the help of mobile clinics in a partnership with Rite Aid.

So far, Maryland has administered 396,661 doses of vaccines, with nearly 80% of them first doses and 59.4% first and second doses. The state's seven-day average of doses administered is 18,715, an increase of 54% over the last two weeks, the Hogan administration said.

Still, the governor noted the frustration of extremely limited supply, as Maryland only receives about 10,000 doses a day from the federal government. About 2 million residents are now eligible for vaccines in the state's Phase 1.

“In the meantime, we’re dealing with what we can actually control here at the state level by building the broadest possible vaccination network to further expand deployment for the maximum utilization of the limited doses as we receive them," Hogan said.