CDC Issues Alert as Cases of NYC Kids With Severe COVID Syndrome Spike, Spread in US

Up to 110 cases have been identified in New York City alone, Mayor Bill de Blasio said Friday, a 34 percent increase over the previous 48 hours

A rare, potentially deadly syndrome tied to COVID-19 is forcing the medical community to rethink how the novel coronavirus may affect children, as cases of the new mysterious condition continue to mount.

The New York State Department of Health reported 124 statewide cases as of Saturday afternoon, up from the 119 announced the day before. 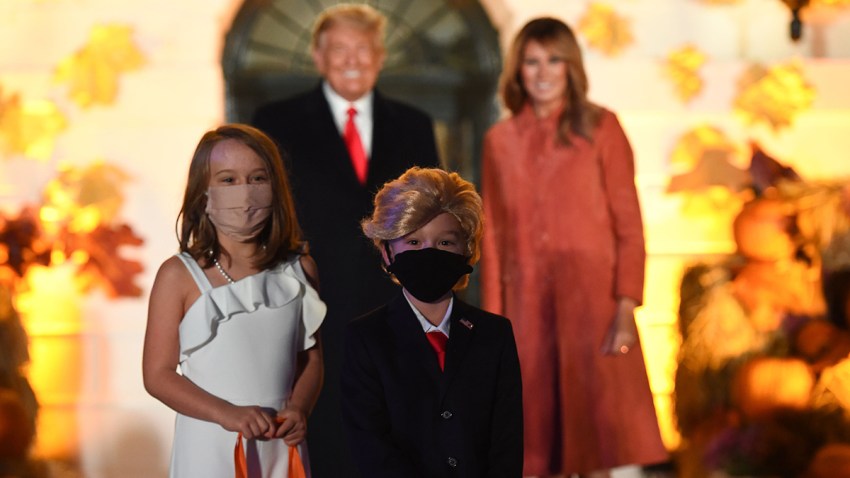 New Jersey confirmed seven positive cases Friday, a sharp drop from the 17 cases previously identified the day before, while a number are under investigation in Connecticut. The syndrome, unheard of just a month ago, has spread to at least 16 states and six European countries, Cuomo said Thursday.

"It's every parent's nightmare," the governor has said.

Gov. Cuomo gives an update on Coronavirus in relation to children.

New York state's health department is working with its 49 counterparts to inform them of the potential dangers and symptoms to watch, as hospitals and doctors race to treat a new illness with which they have no prior experience.

Unlike COVID-19, a respiratory disease, PIMS affects blood vessels and organs and has symptoms similar to Kawasaki disease and toxic shock. It involves a “hyper response” of the child’s immune system to the virus that can lead to inflammation of the blood vessels, and affect the heart’s arteries, leading to coronary aneurysm. It likely took time to identify the apparent connection to the virus because it targets different systems and manifests in different symptoms.

But health experts have become increasingly sure they're related. In New York City, 55 of the 100 cases identified Thursday involved children who tested positive for COVID-19 or the antibodies. Mayor Bill de Blasio has launched a citywide advertising campaign advising parents of the symptoms. Cuomo has told all hospitals to prioritize COVID-19 testing for children who present with them. The city's health department has also put out a comprehensive fact sheet for parents.

The Centers for Disease Control and Prevention issued a health alert to physicians Thursday regarding the illness that they have started calling "multisystem inflammatory syndrome in children," or MIS-C. The alert provides guidance for diagnosis of MIS-C. The diagnostic criteria include a fever of at least 100.4 degrees for at least 24 hours, evidence of inflammation in the body and hospitalization with problems in at least two organs (such as the heart, the kidneys or the lungs).

90 percent of cases confirmed by the city are in three of the city's boroughs: Brooklyn, Queens and the Bronx. Nearly 1 in 4 children diagnosed with the syndrome are black, 14 percent Hispanic, 10 percent Asian, and 9 percent white, according to data presented by the mayor Friday.

In testimony Tuesday before a Senate committee on the administration’s coronavirus response, Dr. Anthony Fauci said while children generally fare better than others with the virus, the emerging condition shows how much is unknown.

“For example right now, children presenting with COVID-19 who actually have a very strange inflammatory syndrome very similar to Kawasaki syndrome,” Fauci said. “I think we better be very careful that we are not cavalier in thinking that children are completely immune to the deleterious effects.”

New York mom Amber Dean was recovering from a mild bout of coronavirus herself. Her family of five had just ended their home quarantine when her oldest son, 9-year-old Bobby, fell ill.

“At first it was nothing major, it seemed like a tummy bug, like he ate something that didn't agree with him,” said Dean, who lives with her husband and three young children in the western New York town of Hornell. “But by the next day, he couldn't keep anything down and his belly hurt so bad he couldn't sit up.”

At the local hospital emergency room, doctors suspected an appendix infection and sent him home with instructions to see his pediatrician. It was only later, after Bobby's condition took an alarming turn for the worse, that doctors realized he was among the small but growing number of children with a mysterious inflammatory syndrome thought to be related to the virus.

More than a dozen states are now reporting cases of the mystery inflammatory syndrome that can be found in children. Melissa Russo reports.

Bobby Dean was tested for COVID-19 a day after his trip to the ER. For the next six days, she was at his hospital bedside while Bobby was hooked up to IV lines and a heart monitor. He came home on Mother's Day.

“It never affected his respiratory system, it was his heart that it affected,” Amber Dean said. “They're hoping he pulls through with 100% recovery but they said there have been children with lasting effects.”

As Bobby's energy returns, his mom is vigilant for signs of illness in her younger children, aged 7 months and 3 years.

“It’s a pretty scary thing, watching your child be hooked up to all these wires and IVs and there’s nothing you can do,” Dean said. “In my opinion, right now, I would not let your child out in public.”