What to know about COVID-19 case numbers, hospital capacity, vaccines and the impact on schools in the D.C. area

COVID-19 case numbers in D.C., Maryland and Virginia are as high now as they were last winter — when vaccines weren’t freely available, and coronavirus spread reached a startling peak.

Now, the D.C. area appears to be at an inflection point.

Cases numbers are high because the highly transmissible delta variant has taken hold, especially among unvaccinated people. Delta accounts for more than 97% of cases in D.C., Maryland and Virginia, the CDC says. 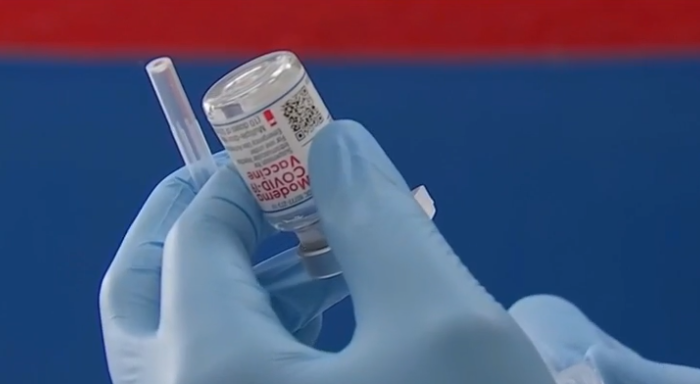 How Some States Report Breakthrough COVID-19 Hospitalizations May be Misleading, Experts Warn

There are some promising signs the current wave of COVID-19 infections is starting to recede, said Melissa Hawkins, the director of undergraduate programs at the American University Department of Health Studies.

But there are other factors that could set the region back, spike numbers and challenge the health system, Hawkins says.

“It's just important to remember, right now, we're still just trying to get ahead of it,” Hawkins said. “The situation in the U.S. is starting to look like it's improving.”

Here’s where the D.C. area stands in the fight against COVID-19, plus what to watch for this fall, when it comes to COVID-19 case numbers, hospital capacity, kids at school and vaccines and boosters.

COVID-19 cases have been increasing since July, but that growth has slowed in the first half of September. The surge in COVID-19 cases documented between July and the end of August isn’t over, but it is slowing down, most markedly in D.C. and Maryland.

The seven-day average of new cases rose 28% in D.C. and 31% in Maryland over the past month. Compare that to the previous month, when cases spiked about 600%.

In Virginia, cases jumped 87% over the last month, compared to 500% between mid-July and mid-August.

The drop-off in cases is a pattern that’s been identified elsewhere. Many states that were leading the delta wave, such as Florida and Louisiana, have seen major improvements, Hawkins said.

However, almost two weeks after Labor Day weekend, cases are trending slightly upward in the D.C. area. Compared to last week, seven-day averages have increased by about 23% in D.C., 18% in Virginia and 9% in Maryland.

Flu season is coming and COVID-19 numbers are still high, which is why Hawkins says she’ll be looking closely at hospital capacity.

As people head back to work and school, we could see more flu cases this year, Hawkins said. Hospitals are already treating lots of COVID-19 patients.

The seven-day average of COVID-19 patients hospitalized in Virginia has more than doubled in the past month, rising from 978 hospitalizations per week to 2,146.

Maryland’s hospitalizations have increased 43% over the last month, slower growth compared to earlier in the summer. All month, the number of patients has exceeded 85% of the beds staffed.

Just 8% of people who got COVID-19 and were hospitalized since January were vaccinated, according to state data.

D.C.’s hospitalizations have grown 75% over the past month, and hospital capacity has been hovering a few percentage points shy of the “insufficient” mark in recent weeks.

People who aren’t fully vaccinated have made up 86% of hospitalizations.

Face masks help keep us safe, but dentists say they can contribute to oral health problems. News4's Doreen Gentzler reports what "mask mouth" is and four simple ways to prevent it

Thousands of students around the D.C. area have had to quarantine due to COVID-19 exposure in the first weeks of school, including 1,000 kids and staff during Montgomery County’s first week alone.

Since vaccines are only approved for people age 12 and older, many kids are heading back to school without that layer of protection, and cases among children are rising.

“What we are seeing is the number of cases rising really exponentially in recent weeks among children,” Hawkins said.

Masking is one of the best ways children can protect themselves at school — against not only COVID-19 but other diseases such as flu and RSV, Hawkins said.

Can you mix brands of COVID-19 vaccines to get a booster shot? Is there a certain combo that's most effective against the virus? That's what a researcher at the University of Maryland School of Medicine is trying to find out. News4's Jodie Fleischer reports.

About 58% of D.C. residents and 58% of Virginians are fully vaccinated. Maryland says 82% of adults have gotten at least one shot, according to state data.

However, people who are not fully vaccinated — for instance, if they missed their second dose — have up to 10 times a higher chance of being hospitalized with COVID-19, Hawkins said.

But there’s also some evidence that vaccines can become less effective over time, spurring a conversation about who gets booster shots and when.

"The data are strongly suggestive in this country and more than just suggestive in Israel that you have a waning of immunity among people across age groups, not just the very, very elderly," Dr. Anthony Fauci said, noting that it's important to have a plan so boosters can be administered once data suggests they are needed.

Food and Drug Administration officials are set to meet Friday to debate whether there's enough proof that a booster dose of Pfizer's COVID-19 vaccine is safe and effective, a first step toward approving a booster.

“I think what we're going to probably see is some recommendations for specific groups of individuals rather than the whole general population, but I think that's something to keep an eye out for,” Hawkins said.

Northern Virginia Bureau Chief Julie Carey reports on parents scrambling to have their children tested for COVID-19 after possible exposures.