Contact Tracing Revs Up in Some States as Omicron Reaches US

Once a global epicenter of the pandemic, New York has the country’s biggest contract tracing effort

The arrival of the omicron variant of the coronavirus in the U.S. has health officials in some communities reviving contact tracing operations in an attempt to slow and better understand its spread as scientists study how contagious it is and whether it can thwart vaccines.

In New York City, officials quickly reached out to a man who tested positive for the variant and had attended an anime conference at a Manhattan convention center last month along with more than 50,000 people. Five other attendees have also been infected with the coronavirus, though officials don't yet know whether it was with the omicron variant.

“As for what we learned about this conference at the Javits Center and these additional cases, our test and trace team is out there immediately working with each individual who was affected to figure out who else they came in contact with. That contact tracing is absolutely crucial,” New York Mayor Bill de Blasio said.

Once a global epicenter of the pandemic, New York has the country’s biggest contract tracing effort. The city identified four omicron cases Thursday, and a fifth was discovered in nearby Suffolk County on eastern Long Island.

The variant has been detected in a handful of other states so far, including California, Colorado and Hawaii.

Contract tracers have been busy in Nebraska after six cases of omicron were confirmed Friday. One of the people had recently returned from a visit to Nigeria, and the other five were close contacts of that person.

In Philadelphia, officials were working to track down contacts of a man in his 30s who is Pennsylvania’s first resident infected with the variant, the city’s Department of Public Health said. 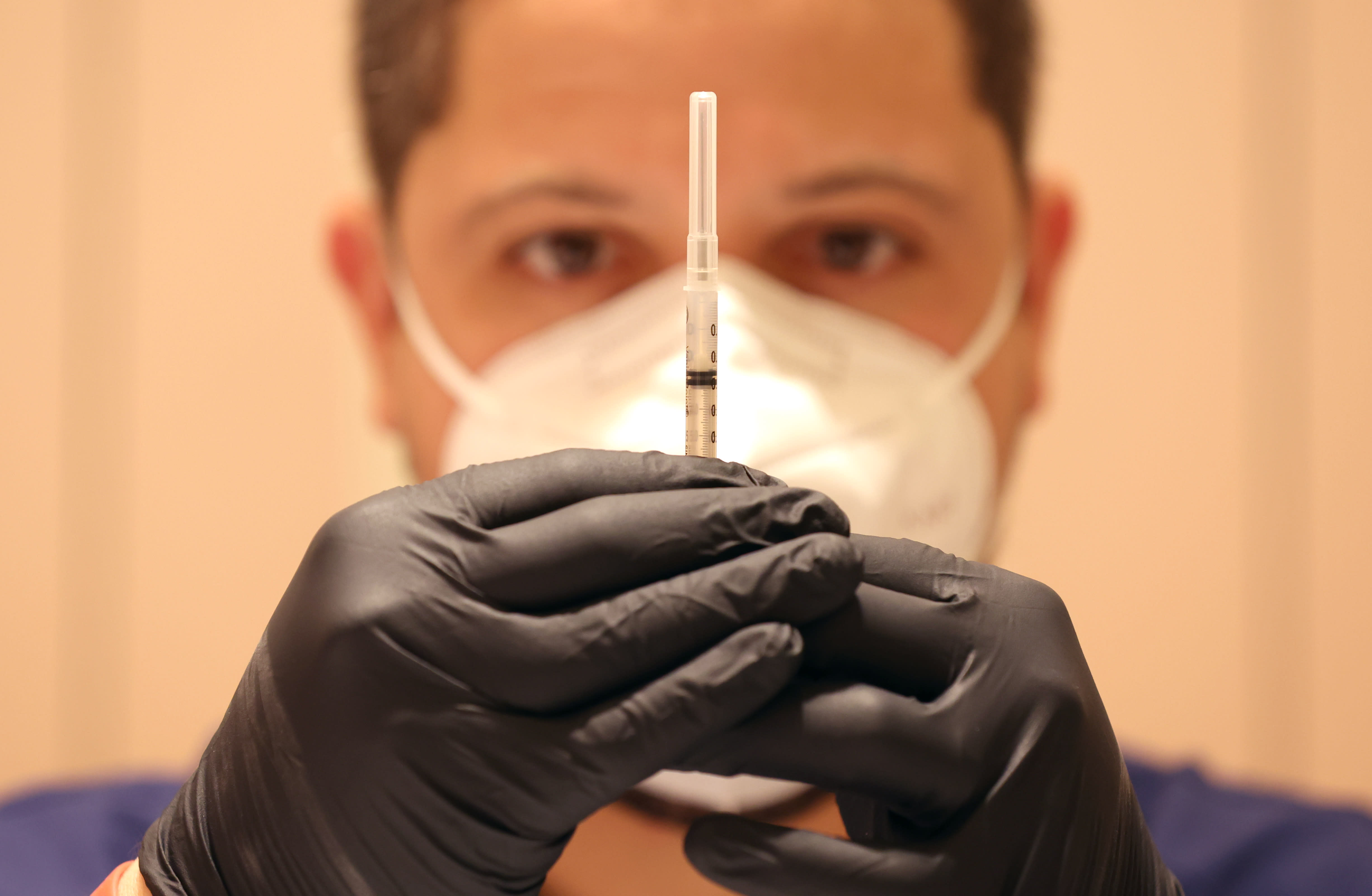 And in Maryland, officials were rushing to trace, quarantine and test close contacts of three people from the Baltimore area who are the first known cases in the state. Two are from the same household, including a vaccinated person who recently traveled to South Africa, and the third has no recent travel history and is unrelated to the other two.

As long as there are people unprotected from the coronavirus, we are going to see variants like the new Omicron strain of COVID-19, says NBC medical correspondent Dr. John Torres.

Dr. Marcus Plescia, chief medical officer of the Association of State and Territorial Health Officials, said “more and more” contact tracing efforts are expected in the coming days, in part because of the uncertainty about how effective vaccines and treatments like monoclonal antibodies will be against omicron.

Contact tracing is a vital tool in the pandemic response, allowing health departments to notify people who had close contact with an infected person and slow the progression of COVID-19.

“Contact tracing can give us information about how it’s spreading and hopefully break chains of transmission to stop clusters and outbreaks, or at least delay them until we know more and understand what our next steps need to be,” said Crystal Watson, a senior scholar at the Johns Hopkins Center for Health Security at the Bloomberg School of Public Health.

While much is still unknown about the variant, early reports are raising alarms. New COVID-19 cases in South Africa, which first alerted the world to omicron last week, have burgeoned from about 200 a day in mid-November to more than 16,000 on Friday.

Some of the U.S. cases involve people who hadn’t traveled recently, meaning the variant was likely already circulating domestically in some parts of the country.

In New York, the three-day anime festival in November is presenting a staffing challenge for tracers due to the large number of attendees. The one known omicron infection involved a man from Minnesota.

Officials cautioned against linking the other five coronavirus cases directly to the event.

“The really important point here is that’s five cases from a denominator of tens of thousands of people at this conference. And furthermore, we’ve not established any sort of link between those five cases and widespread transmission at the conference,” said Ted Long, executive director of the NYC Test & Trace Corps, which runs the city’s contact tracing program.

Proof of vaccination was necessary for admission, as mandated by city law, and masks were also required.

Officials said they had reached all 36,500 convention attendees, vendors and exhibitors for whom they had contact information, via email, text message or phone call. But they decided it wasn't necessary to contact every single attendee since the infected man did not appear to have close contacts based in New York.

“We’re endeavoring to reach them all, but contact tracing this many thousands of people cannot be done instantaneously,” said Adam Shrier, a spokesman for the contact tracing program.

In Minnesota, meanwhile, officials are investigating “a circle of contacts” for the man believed to have been infected at the conference, said Kris Ehresmann, the state’s infectious disease director.

A new variant of the COVID-19 virus, the Omicron variant, has been detected in a growing list of countries and is leading to travel bans. President Biden said the variant is not a cause for panic, but urged Americans to get fully vaccinated and get a booster shot. LX News breaks down everything you need to know.

“Part of the reason we did indicate where he had been — the anime convention in New York — is because there were so many people that attended that event. It would not be possible for him or really anyone to identify everyone that they were potentially in contact with,” Ehresmann said.

Asked about the difficulty of contact tracing in this case, Minnesota Health Commissioner Jan Malcolm said that “it goes to the challenge of the incredible kind of epidemiologic detective work that goes on with these things.”

Amid the surge of the delta variant, health investigators across the U.S. became overwhelmed and scaled back contact tracing operations, finding it nearly impossible to keep up with the deluge of new infections, administer vaccines and also do tracing at the same time.

Many health officials ultimately focused on exposures at schools or potential super-spreader incidents where large numbers of people were at risk of exposure.

Dr. William Schaffner, a professor of infectious diseases at the Vanderbilt University School of Medicine, expects that will ultimately happen with omicron.

“Contact tracing and sequencing will allow us to paint with a broad brush," Schaffner said. “But we won’t be able to track it down to each and every case, and at a given point, when you know it is here and spreading, why do we need to do that?"