One man who attended a dinner, a funeral and a birthday party in Chicago in February and March likely unwittingly began a chain that spread the coronavirus to at least 15 other people, three of whom later died, according to a new Centers for Disease Control and Prevention report.

The report called these three gatherings - as well as a church service later attended by some of those infected - "super-spreading events" that officials said "have played a significant role in transmission" of COVID-19. 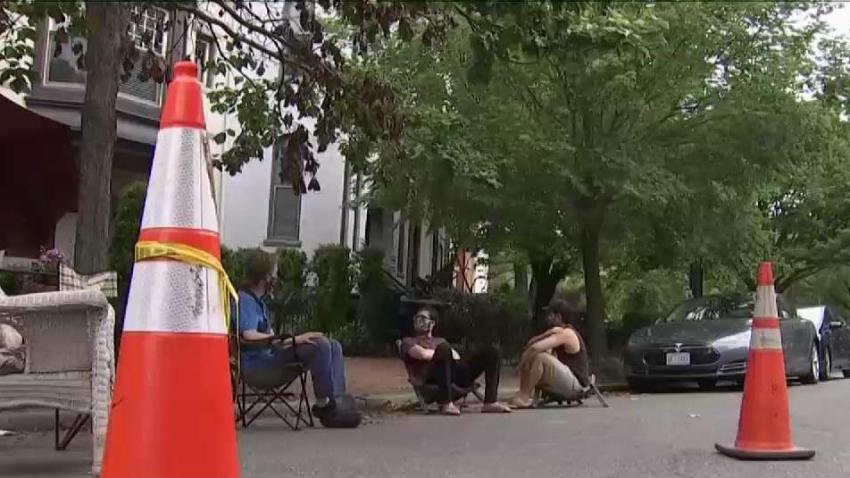 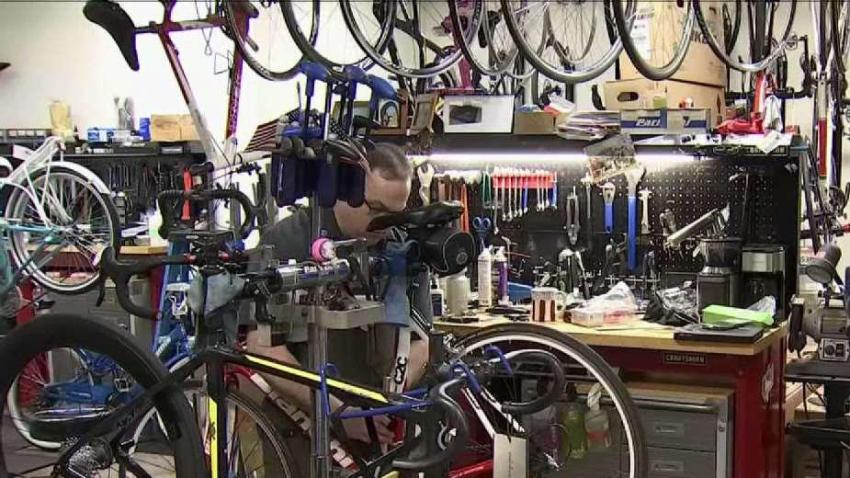 Bicycles Sales Soar As People Move Away From Public Transit

The initial person started experiencing mild respiratory symptoms after traveling out of state in late February. When he returned, he attended a dinner, followed by a funeral the next day. At the dinner, officials say the man went to the home of two family members of the person who had died and shared a takeout meal from common serving dishes over the course of three hours.

The following day, the man - who was later tested and confirmed positive for COVID-19 - attended the funeral, which lasted about two hours and involved a potluck-style meal, the CDC said.

At both the funeral and the dinner the previous night, the man reported embracing family members of the person who had died to express condolences, four of whom either tested positive for COVID-19 or were believed to have contracted the illness after developing symptoms but did not undergo lab testing to confirm.

One of the two people who hosted the dinner the night before the funeral developed symptoms of COVID-19 two days after the funeral, the CDC said. That person was hospitalized one week later, was put on a ventilator for acute respiratory failure and died on March 26, according to the report.

The second person who hosted the initial dinner developed symptoms four days after the funeral, the CDC said, adding that the person's case was later confirmed by lab testing and managed with outpatient care to recovery.

A third person who attended the funeral developed probable but unconfirmed symptoms of COVID-19 six days later and also recovered without hospitalization, according to the report.

A fourth person who reported close contact with the man at the funeral also visited the hospital to care for the second patient who later died, officials say. The report indicates the fourth person embraced the patient and provided "limited personal care" while not wearing any personal protective equipment (PPE), then developed probable COVID-19 symptoms three days after the hospital visit.

Three days after the funeral, that first man - still experiencing mild respiratory symptoms - went to a birthday party with nine other family members, according to the CDC. He embraced others and shared food with attendees over the course of three hours, officials said. Seven of those nine people subsequently developed COVID-19 within a week of the party, the report says, including three that were confirmed with laboratory testing.

Two of those with confirmed cases, including the party's host, were hospitalized, placed on ventilators and died within two to three weeks of the gathering. The five others whose cases were either confirmed or diagnosed without a test developed mild symptoms of a cough and low-grade fever within a week of the party.

Two people who did not attend the party - another family member and a home care professional - cared for the party's host (who later died) without using PPE, according to the CDC. The home care professional developed COVID-19 symptoms four days after caring for the patient, the report states. The family member began experiencing symptoms three days after caring for his or her relative, and is believed to have then transmitted the illness to another person who lived in his or her household and developed a cough three days after close contact.

State officials in Illinois had hoped to be processing up to 10,000 coronavirus tests per day by the end of this week, but Gov. J.B. Pritzker announced Wednesday that the state will not be able to hit that benchmark after hitting several roadblocks. NBC 5's Mary Ann Ahern reports.

Three of the people who attended the birthday party attended church six days after developing their first symptoms (12 days after the party) and engaged in close contact - including direct conversation, sitting in the same row for 90 minutes and passing the offering plate - with another church attendee who was entirely unrelated to the previous events. That church attendee developed COVID-19 symptoms, later confirmed by lab testing, the following day.

While the CDC gave little identifying information in its report, it said the patients ranged in age between 5 and 86 years old. All three of the people who died were over the age of 60, according to the CDC, and had at least one underlying cardiovascular or respiratory medical condition.

These events all occurred before widespread community transmission of the coronavirus was seen in Chicago, the CDC said - as well as before both social distancing guidelines and Illinois' stay-at-home order were put into place.

Dr. Deborah Birx, coronavirus response coordinator for the White House, told reporters on Monday that she hoped to see Americans follow the CDC guidelines “out of respect for every single healthcare worker that’s on the frontline.”

The report noted that despite the intensive investigation into this "cluster" of infection, the number of related cases may be even higher than 16, because there's increasing evidence of people who are infected but not showing any symptoms, and those who do not display symptoms are not evaluated for COVID-19.

"Overall, these findings highlight the importance of adhering to current social distancing recommendations, including guidance to avoid any gatherings with persons from multiple households and following state or local stay-at-home orders," the CDC report said.

Illinois health officials reported the state's highest daily increase in both new infections and deaths from coronavirus on Wednesday, bringing the total to 15,078 confirmed cases and 462 deaths statewide.