The U.S. ranks fifth in the world in the number of doses administered relative to the country’s population

Answering growing frustration over vaccine shortages, President Joe Biden announced Tuesday that the U.S. is ramping up deliveries to hard-pressed states over the next three weeks and expects to provide enough doses to vaccinate 300 million Americans by the end of the summer or early fall.

Biden, calling the push a “wartime effort,” said the administration was working to buy an additional 100 million doses of each of the two approved coronavirus vaccines. He acknowledged that states in recent weeks have been left guessing how much vaccine they will have from one week to the next.

Shortages have been so severe that some vaccination sites around the U.S. had to cancel tens of thousands of appointments with people seeking their first shot.

“This is unacceptable," Biden said. "Lives are at stake.”

He promised a roughly 16% boost in deliveries to states over the next three weeks.

The administration said it plans to buy another 100 million doses each from drugmakers Pfizer and Moderna to ensure it has enough vaccine for the long term. Even more vaccine could be available if federal scientists approve a single-dose shot from Johnson & Johnson, which is expected to seek emergency authorization in the coming weeks.

The Centers for Disease Control and Prevention reported that the government plans to make about 10.1 million first and second doses available next week, up from this week’s allotment of 8.6 million. The figures represent doses of both the Pfizer and Moderna vaccines. It was not immediately clear how long the surge of doses could be sustained.

Governors and top health officials have been increasingly raising the alarm about inadequate supplies and the need for earlier and more reliable estimates of how much vaccine is on the way so that they can plan.

Almost a year after the first case of COVID-19 was reported in the U.S., Dr. Anthony Fauci joined LX News to describe the process of developing the first effective vaccines for the virus — and the breakthrough moment that still makes him cry.

Biden's team held its first virus-related call with the nation's governors on Tuesday and pledged to provide states with firm vaccine allocations three weeks ahead of delivery.

Biden's announcement came a day after he grew more bullish about exceeding his vaccine pledge to deliver 100 million injections in his first 100 days in office, suggesting that a rate of 1.5 million doses per day could soon be achieved.

The administration has also promised more openness and said it will hold news briefings three times a week, beginning Wednesday, about the outbreak that has killed over 420,000 Americans.

“We appreciate the administration stating that it will provide states with slightly higher allocations for the next few weeks, but we are going to need much more supply," said Maryland Gov. Larry Hogan, a Republican.

The setup inherited from the Trump administration has been marked by miscommunication and unexplained bottlenecks, with shortages reported in some places even as vaccine doses remain on the shelf.

Officials in West Virginia, which has had one of the best rates of administering vaccine, said they have fewer than 11,000 first doses on hand even after this week’s shipment.

California, which has faced criticism over a slow vaccine rollout, announced Tuesday that it is centralizing its hodgepodge of county systems and streamlining appointment sign-up, notification and eligibility. Residents have been baffled by the varying rules in different counties.

President Joe Biden has said he is launching a “wartime” strategy to defeat the COVID-19 pandemic. And former FDA Associate Commissioner Peter Pitts said the early steps from the incoming administration show that Biden is working more closely with state and local governments, and putting science ahead of politics.

And in Colorado, Democratic Gov. Jared Polis said that the limited supply of vaccine from the federal government is prompting the state to repurpose second doses as first doses, though he expects that people scheduled for their second shot will still be able to keep their appointments.

The weekly allocation cycle for first doses begins on Monday nights, when federal officials review data on vaccine availability from manufacturers to determine how much each state can have. Allocations are based on each jurisdiction’s population of people 18 and older.

States are notified on Tuesdays of their allocations through a computer network called Tiberius and other channels, after which they can specify where they want doses shipped. Deliveries start the following Monday.

A similar but separate process for ordering second doses, which must be given three to four weeks after the first, begins each week on Sunday night.

As of Tuesday afternoon, the CDC reported that just over half of the 44 million doses distributed to states have been put in people’s arms. That is well short of the hundreds of millions of doses that experts say will need to be administered to achieve herd immunity and conquer the outbreak.

The U.S. ranks fifth in the world in the number of doses administered relative to the country’s population, behind No. 1 Israel, United Arab Emirates, Britain and Bahrain, according to the University of Oxford.

The reason more of the available shots in the U.S. haven’t been dispensed isn’t entirely clear. But many vaccination sites are apparently holding large quantities of vaccine in reserve to make sure people who have already gotten their first shot receive the required second one on schedule.

Also, some state officials have complained of a lag between when they report their vaccination numbers to the government and when the figures are posted on the CDC website. 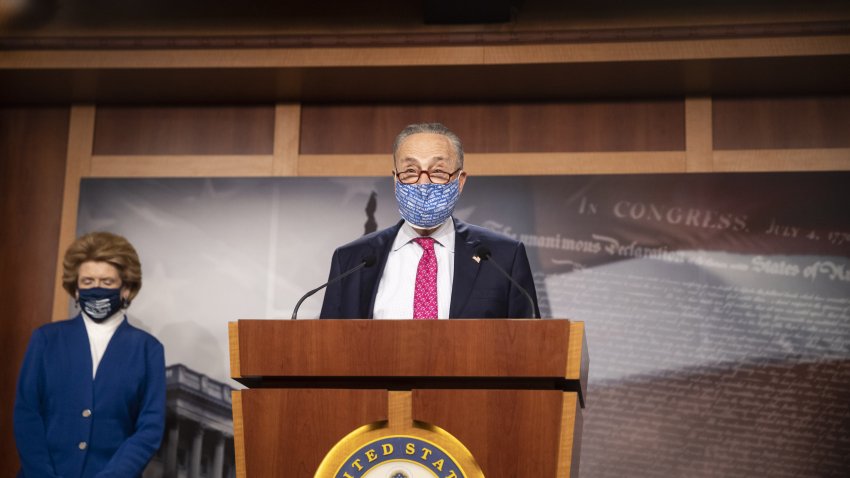 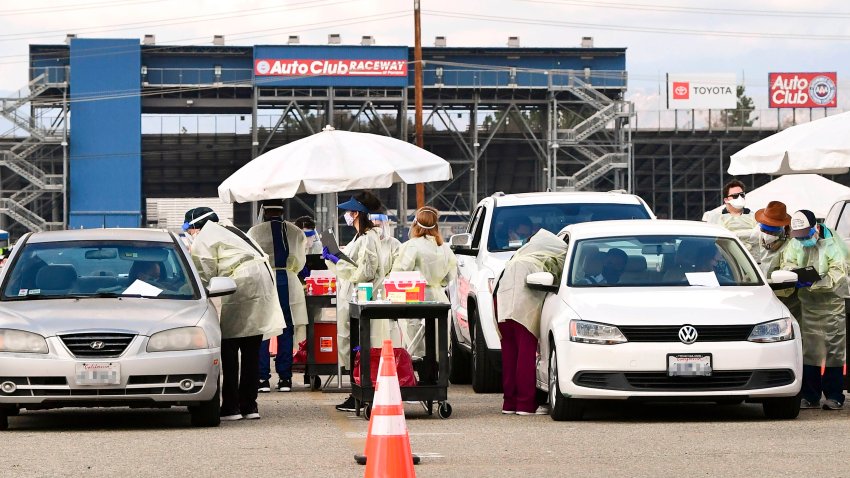 In North Carolina, Greensboro-based Cone Health announced it is canceling first-dose appointments for 10,000 people and moving them to a waiting list because of supply problems.

Jesse Williams, 81, of Reidsville, North Carolina, said his appointment Thursday with Cone Health was scratched, and he is waiting to hear when it might be rescheduled. The former volunteer firefighter had hoped the vaccine would enable him to resume attending church, playing golf and seeing friends.

“It’s just a frustration that we were expecting to be having our shots and being a little more resilient to COVID-19,” he said.

The COVID-19 vaccines were developed so quickly that they can only be described as a miracle of modern science. But actually getting those shots into Americans’ arms? Well, that a different story. The U.S. has pulled off mass vaccinations in the past. But the complicated storage needed for these new vaccines — in combination with poor planning — has vaccinations off to a slow start. NBCLX storyteller Ngozi Ekeledo talks to experts about the four Ds that can get the vaccine rollout back on track.

The vaccine rollout across the 27-nation European Union has also run into roadblocks and has likewise been criticized as too slow. Pfizer is delaying deliveries while it upgrades its plant in Belgium to increase capacity. And AstraZeneca disclosed that its initial shipment will be smaller than expected.

The EU, with 450 million citizens, is demanding that the pharmaceutical companies meet their commitments on schedule.

Associated Press writers around the U.S. contributed to this report.