US Economy Defies Omicron and Adds 467,000 Jobs in January

Reported omicron infections peaked at above 800,000 a day during the second week of January — precisely the period when the government measured employment for the month

In a surprising burst of hiring, America’s employers added 467,000 jobs in January in a sign of the economy’s resilience even in the face of a wave of omicron infections last month.

The government's report Friday also drastically revised up its estimate of job gains for November and December by a combined 709,000. It also said the unemployment rate ticked up from 3.9% to a still-low 4%, mainly because more people began looking for work and not all of them found jobs right away.

The strong hiring growth for January, which defied expectations for only a slight gain, demonstrates the eagerness of many employers to hire even as the pandemic raged. Businesses appear to have seen the omicron wave as having, at most, a temporary impact on the economy and remain confident about longer-term growth. 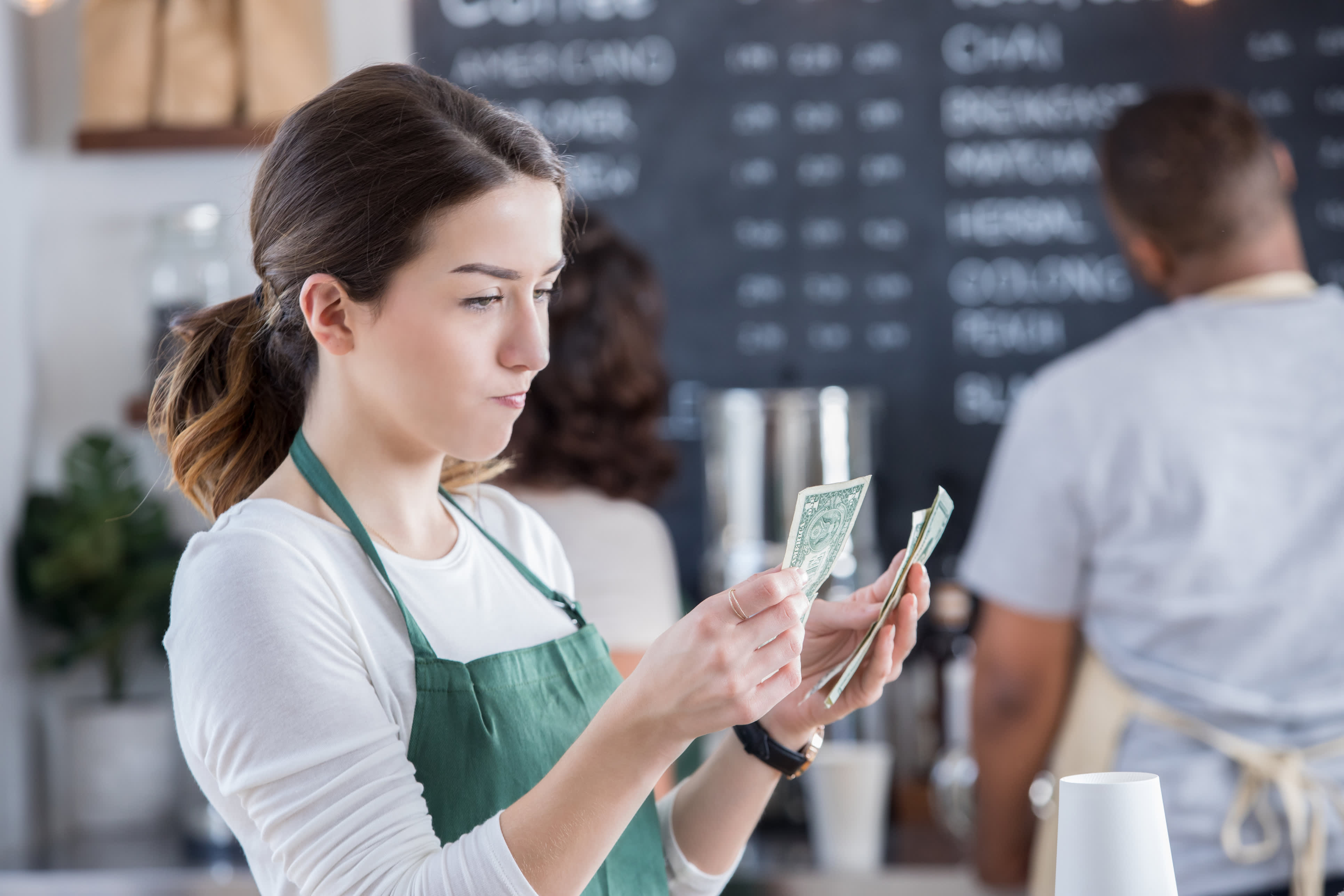 Workers Got Larger Raises Last Year. Those Hikes Still Might Not Keep Pace With Inflation 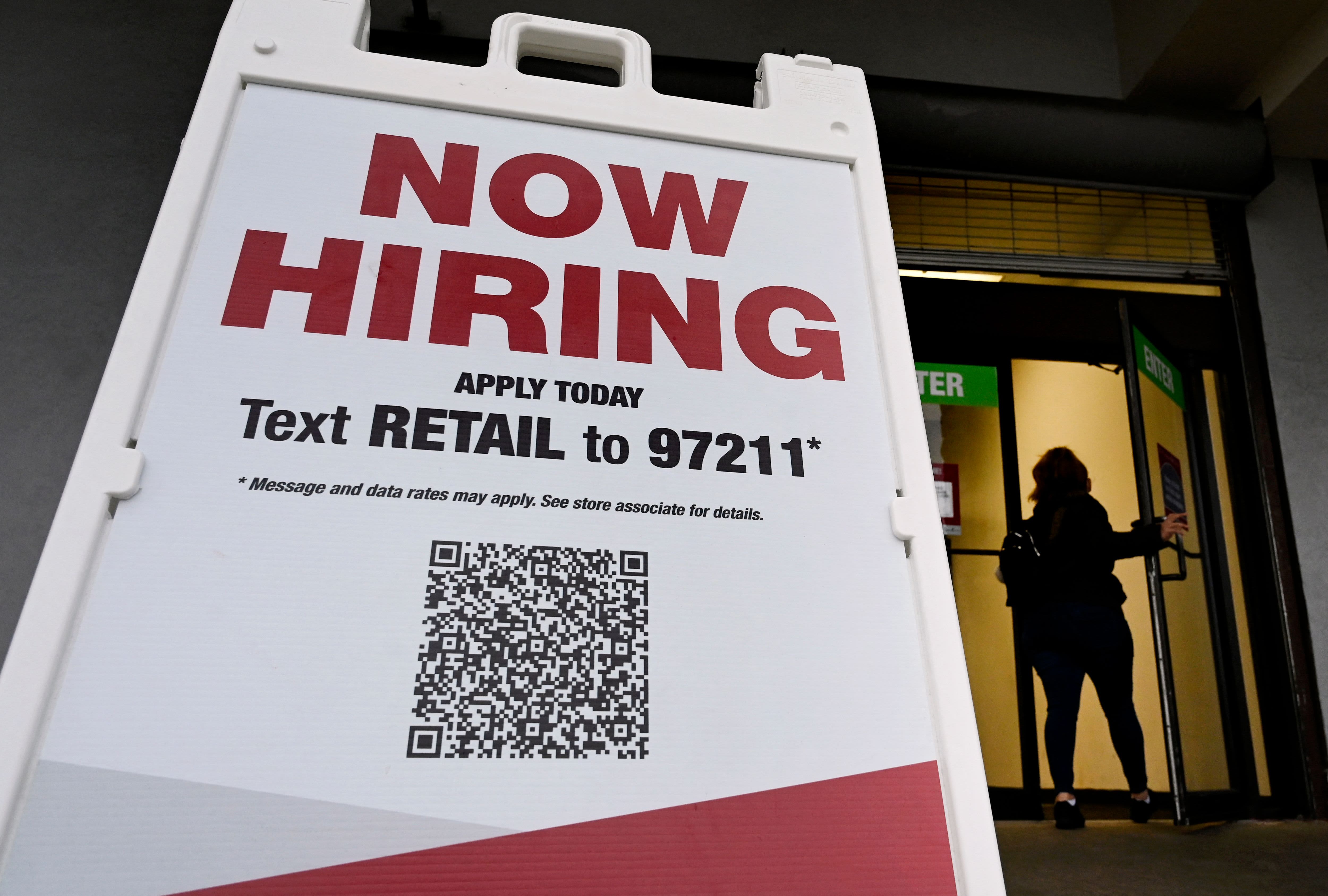 There Were 4.6 Million More Job Openings Than Unemployed Workers in December

“Employers have assumed that omicron would be painful but short term, so they haven’t changed their hiring plans,” said Mathieu Stevenson, the CEO of Snagajob, a job listings site focused on hourly workers. “Demand from employers is as strong as ever.”

At the same time, the magnitude of the job growth points to an economy in which high levels of hiring and spending, combined with supply shortages, are accelerating inflation, wiping out pay raises and intensifying pressure on households. Those factors will likely give the Federal Reserve leeway to raise interest rates, perhaps even faster than it had planned, to cool inflation. The Fed has already indicated that it will begin raising rates in March, and it could do so again at its next meeting in May.

Stock futures dipped immediately on the expectation that the Fed could speed up its efforts to tighten credit, which would potentially weaken the economy, before partly recovering by mid-morning.

Daniel Zhao, senior economist at the employment website Glassdoor, said the healthy hiring — not only for January but also for November and December — is a sign that last month's gains weren't merely a blip.

“This is an actual trend, and job growth was faster than we realized," Zhao said.

A greater proportion of Americans are also now working or looking for work, the report showed, a trend that makes it easier for companies to find workers. It may suggest that concerns about long-term labor shortages have been overblown, at least in some industries.

“There are workers out there — it’s just taking time to integrate them back into the labor force," Zhao said.

The overall outlook for the job market remains bright, with openings near a record high, the pace of layoffs down and the unemployment rate having already reached a healthy level. The nation gained more jobs last year, adjusted for the size of the workforce, than in any year since 1978. The unemployment rate fell by nearly 3 percentage points — from 6.7% to 3.9% — the sharpest yearly decline on records. Much of that improvement represented a rebound from record job losses in 2020 that were driven by the pandemic recession.

The U.S. is dealing with the coronavirus pandemic, a worker shortage and soaring prices. NBCLX Political Editor Noah Pransky breaks down what's causing these complex issues, and what the Biden White House is able to do about them.

Yet the economy’s strong growth and hiring gains were accompanied by the highest inflation in four decades, magnified by brisk consumer spending on furniture, electronics, appliances and other goods and vast infusions of federal aid that has now largely expired.

Snarled supply chains hampered the availability of many goods, especially new and used vehicles, forcing prices up sharply. Prices of food, energy and housing soared, too. High inflation has wiped out many Americans’ pay gains.

Omicron infections are likely slowing the economy in the January-March quarter, particularly compared with the rapid expansion in the final three months of 2021, when it grew at a robust 6.9% annual rate. Some analysts have forecast that growth will weaken to an annual rate as low as 1% in the first three months of this year.

One reason for the slowdown: Americans cut their spending in January as the spread of the coronavirus discouraged some people from eating out, traveling and going to movies and other entertainment venues.

Yet as omicron fades, there are signs that consumers are poised to spend again. Auto sales jumped in January after several months of declines. Carmakers have managed to slowly ramp up production. And Americans’ incomes rose at a solid pace last month, providing fuel for future spending.