WHO to Open a Global Pandemic ‘Intelligence' Hub in Germany

The World Health Organization has announced plans for a "Global Hub for Pandemic and Epidemic Intelligence" in Germany, which it says will help gather data to predict and prevent future pandemics.

The new center for pandemic and epidemic intelligence, data, surveillance and analytics will be based in Berlin but will involve a global collaboration of countries and partners worldwide.

The hub, due to officially open later this year, is envisaged as a way to create a large network of global data "to predict, prevent, detect prepare for and respond to  pandemic and epidemic risks worldwide," WHO said in a statement Wednesday.

WHO Director General Dr. Tedros Adhanom Ghebreyesus said on Wednesday that "one of the lessons of Covid-19 is that world needs a significant leap forward in data analysis to help leaders make informed public health decisions."

"This requires harnessing the potential of advanced technologies such as artificial intelligence, combining diverse data sources, and collaborating across multiple disciplines. Better data and better analytics will lead to better decisions," he noted at a press briefing announcing the creation of the hub.

German Chancellor Angela Merkel said in a video message that the current Covid-19 pandemic "has taught us that we can only fight pandemics and epidemics together. The new WHO Hub will be a global platform for pandemic prevention, bringing together various governmental, academic and private sector institutions."

Trump Tax Returns Can Be Released to Congress, DOJ Says 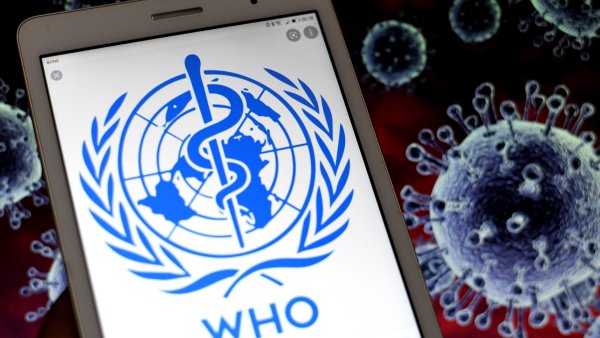 She welcomed WHO's decision to base the hub in Berlin although the international public health body insisted that the hub would be a global collaboration of WHO's member countries and public and private sector organizations, academia, and international partner networks.

Sourcing funding for the hub is still ongoing although the startup costs had been covered by Germany, Dr. Michael Ryan, executive director of WHO's Health Emergencies Programme, said.

German Minister of Health Jens Spahn commented that the world needs to "identify pandemic and epidemic risks as quickly as possible, wherever they occur in the world. For that aim, we need to strengthen the global early warning surveillance system with improved collection of health-related data and inter-disciplinary risk analysis."

The Covid-19 pandemic first emerged in China in late 2019 and, to date, over 154 million cases have been reported worldwide. Over 3.2 million people have died worldwide, according to data compiled by Johns Hopkins University.

The origin of the pandemic remains unclear and there were questions from journalists on Wednesday over how, and whether, the WHO could guarantee that data would be openly shared with the hub given continued speculation over the initial outbreak of Covid-19 and whether China delayed alerting the rest of the world to the presence of the new virus.

Earlier this year, global experts gathered by the WHO and a team of Chinese officials investigated the source of the virus but did not come to any concrete conclusions.

The WHO said that it was "most likely" that the virus originated in animals before spreading to humans and dismissed a theory that the disease could have been leaked by a laboratory in the Chinese city of Wuhan. The team proposed further research in every area except the lab leak hypothesis.