As people emerge from their homes again, Walgreens Boots Alliance said they are ordering passport photos, refreshing makeup bags and rolling up their sleeves for Covid-19 shots.

Those three sales drivers contributed to higher-than-expected earnings in the fiscal third quarter. The drugstore chain raised its outlook for the year, saying it has more confidence after seeing rebounding sales and the uptake of Covid vaccines.

Global Chief Financial Officer James Kehoe said it has administered more than 25 million shots — with about 17 million given in the three-month period.

The drugstore chain's shares fell Thursday on investors' concerns that those vaccines provided a short-term lift to sales. The company is in the middle of a turnaround led by its new CEO Roz Brewer, the former chief operating officer of Starbucks, and some think the company's transformation will take time.

But Kehoe said he sees encouraging signs for the months ahead such as the return of store traffic and discretionary spending.

During the height of the pandemic, front-of-store sales had especially plummeted at Walgreens as customers bought everyday items like shampoo and toothpaste online or at the grocery store as they consolidated shopping trips. Customers largely skipped over categories like makeup and cold and flu medication as they wore masks. 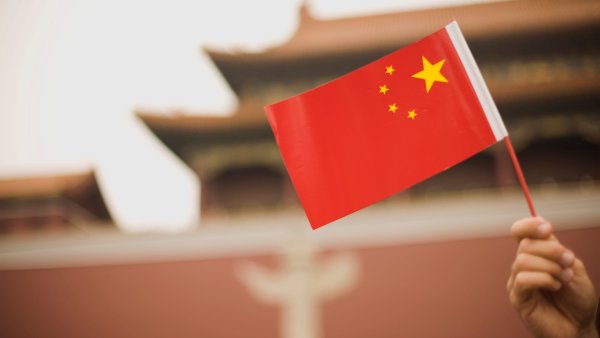 That has started to change, Kehoe said. Sales in the photo department rose 54% and sales of beauty merchandise rose about 15% in the U.S. compared with the year-ago quarter. On its website and in stores, Walgreens sells a variety of photo-related items, including passport photos and wall decor — two areas catching customers' attention as they spruce up their homes and make travel plans again.

Within the photo department, Walgreens saw strength particularly in passport photos and in prints, according to a company spokesperson.

Across the ocean, Walgreens also saw a resurgence of beauty. Boots, its drugstore chain in the United Kingdom, carries more than 500 beauty brands — including 34 new brands launched this fiscal year. Its beauty sales were up 85% year-over-year, when compared with a time of strict lockdowns in the U.K.

Kehoe said the number of customers visiting stores is increasing in all geographic markets, from rural areas to cities, with the most significant increase in store transactions in urban areas. In the U.S., sales transactions grew by nearly 7% and basket size fell by about 5% as more customers came back to stores, but did not buy like they did during the stock-up phase of the global health crisis.

More of Walgreens' sales are taking place online, too, as the company saw a 95% year-over-year increase in digitally initiated retail sales during the third quarter. Walgreens said it has completed about 6 million curbside pickup and drive-thru orders — new options for shopping that it added during the pandemic.

John Boylan, a senior equity analyst who covers consumer staples for Edward Jones, said a resurgence in spending in departments like beauty and photo bodes well for the drugstore chain — so long as it can keep it up.

"Those tend to be fairly profitable items within the store, and also tend to be traffic drivers as well," he said. "It kind of helps Walgreens be more of a destination point."

However, Neil Saunders, managing director of GlobalData, said Walgreens is holding itself back with shops and displays that "lack flair" and emphasize convenience instead of inspiration. He noted its comparable sales grew only by 1.7% compared with the year-ago period or by 2.6% when excluding tobacco — a small number considering other retailers are cashing in on a nationwide spending spree.

As Walgreens adds health-care services like primary care clinics, Saunders said it should overhaul the front of its stores to make them more eye-catching, too.

"Alongside the other things it is working on, Walgreens needs to reimagine its retail proposition and reframe the experience to one that resonates with modern shoppers," he said in an email. "Any failure to do this means that Walgreens will continue to struggle in retail and will miss out on many growth opportunities."