Trump Says of Capitol Rioters Who Sought to Overturn Biden's Win: ‘What I Wanted Is What They Wanted'

Former President Donald Trump told reporters he wanted the same thing that members of the mob during the violent Jan. 6 Capitol riot wanted: overturning the election of President Joe Biden.

"Personally, what I wanted is what they wanted," Trump said of the rioters, according to an article Monday in Vanity Fair that excerpts the new book "I Alone Can Fix It," by Washington Post journalists Carol Leonnig and Philip Rucker.

The former president downplayed the deadly violence at the Capitol that day, while repeating several lies and erroneous claims about the integrity of the election, according to the article. 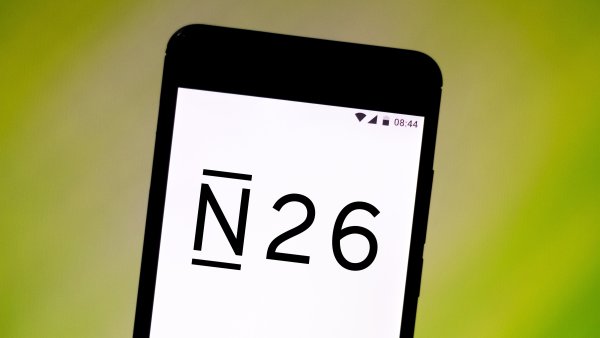 Amazon Plans to Hire 150,000 Seasonal Staff for the Holiday Season

"They showed up just to show support because I happen to believe the election was rigged at a level like nothing has ever been rigged before," Trump told the two reporters during an interview in late March at his Mar-a-Lago resort in Florida.

Trump also claimed in the interview that Capitol Police welcomed members of the mob that day into the halls of Congress, and warmly greeted them after thousands of his supporters marched from a rally outside the White House, where he had urged them to fight against the confirmation of Biden's win by Congress.

"In all fairness, the Capitol Police were ushering people in," Trump said.

"The Capitol Police were very friendly. They were hugging and kissing. You don't see that. There's plenty of tape on that," he said in the article, headlined: "'I’m Getting the Word Out': Inside the Feverish Mind of Donald Trump Two Months After Leaving the White House."

The article notes that "Trump didn't mention the countless accounts of horrific violence — that of a riotous mob shoving a police officer to the ground, later threatening to shoot him with his own gun, or that of an insurrectionist bashing a flagpole into another police officer's chest, or that of yet another officer howling in pain as he was compressed in a closing door."

However, Trump did allude, obliquely, to the violence, albeit after he talked about the "loving crowd" at his rally before the riot at the Capitol.

"There was a lot of love. I've heard that from everybody. Many, many people have told me that was a loving crowd," Trump said, before adding: "It was too bad, it was too bad that they did that."

More than 500 people have been arrested in connection with the riot, which invaded the Senate chamber, caused then-Vice President Mike Pence and members of Congress to hide in secure locations, and disrupted for hours a joint session of Congress that was in the process of confirming Biden's win.

Five people died in connection with the riot, among them Capitol Police officer Brian Sicknick. More than 100 other cops were injured in the melee.

Trump since November has falsely claimed that he won the 2020 election and that he was only denied a second term in the White House because of widespread ballot fraud in several swing states, including Arizona, Georgia, Michigan and Pennsylvania.

Multiple courts have rejected those claims and related efforts to challenge the election outcomes in individual states.

Trump's then-Attorney General William Barr said in December that the Department of Justice had not found any evidence of the kind of large-scale ballot fraud that would have reversed Biden's victory.

Trump's lawyer, Rudy Giuliani, had his law license temporarily suspended in New York last month because of his false claims about the election.

Trump griped during his interview with the Post reporters about the failure of Pence and Barr to follow through on his claims, and take steps to keep him in office. Pence oversaw the joint session of Congress on Jan. 6.

"The greatest fraud ever perpetrated in this country was this last election," Trump said in the interview. "It was rigged and it was stolen. It was both. It was a combination, and Bill Barr didn't do anything about it."

"Had Mike Pence had the courage to send it back to the legislatures, you would have had a different outcome, in my opinion," the former president said.

Trump also faulted the U.S. Supreme Court, which has three justices whom he appointed, for failing to take up his campaign's election claims.

Trump called McConnell, whose wife Elaine Chao served as Trump's Transportation secretary, "a stupid person" for refusing to eliminate the Senate's filibuster and for not convincing Sen. Joe Manchin, a West Virginia Democrat, to become a Republican.

He also boasted about the seaside location of Mar-a-Lago, the size of one of its window panes and his four years in office. His press secretary handed the reporters copies of a bound document titled "1,000 Accomplishments of President Donald J. Trump: Highlights of the First Term," the article said.

Trump also suggested that he was — and remains — unbeatable in an election against any other live candidate.

"I think it would be hard if George Washington came back from the dead and he chose Abraham Lincoln as his vice president, I think it would have been very hard for them to beat me," Trump said.