In some ways, Quincy Surasmith says he didn't feel like an outsider growing up. Surasmith, who is Thai American and Chinese American, was raised in a part of L.A. that had a large Asian American community.

But while Surasmith excelled in his early school days, by high school, his grades were slipping. He was engaged in class and tested well, but he stopped completing his homework and his GPA suffered.

"I almost flunked out," Surasmith says, "and [teachers] didn't have an answer for that. They were like, well, why wouldn't you want to achieve?" 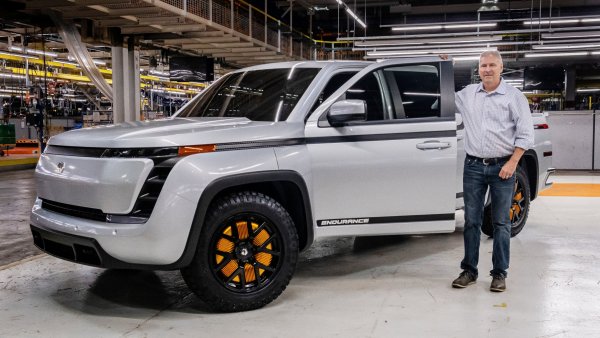 What teachers didn't consider was that, because of disruptions at home during his parents' divorce, filling out extra worksheets after school wasn't exactly his priority.

Additionally, "It was expected of us or assumed of us that we were kids who had parents who had steady incomes and access to money for extracurricular activities or prep classes, or even just having like a car to get to places," Surasmith says. "But I know I didn't necessarily have all those things."

Surasmith's experience is just one of countless examples of how Asian Americans have been subject to the model minority myth — a set of assumptions that Asian Americans are hardworking overachievers who have made it to the highest levels of success. By positioning Asians as the model minority race, it also assumes that Asians don't need any help, and don't require any further examination of how their race is discriminated against.

But these assumptions are just that, and the consequences of the stereotype go beyond the classroom.

"By grouping all the Asian Americans together and assuming all of them will do well just because you've measured them as a group, you end up ignoring the people who might not fit into that," Surasmith says.

For decades, the model minority myth has kept Asian Americans out of important equity conversations and held members of the community back from equal opportunity in academia, the workforce and necessary government welfare.

The origins and consequences of the model minority myth

The term "model minority" was first coined in the 1960s by sociologist William Petersen for a New York Times Magazine article. It was used to describe the so-called "success stories" of some Japanese American families, who during World War II were forced into internment or pushed to enlist in the military as a means to prove their patriotism, yet were able to rebuild and reintegrate into society after the war.

Ellen Wu, an associate professor of history at Indiana University Bloomington, links this portrayal to essentially a rebranding effort as the U.S. rose to become a global superpower. If America was truly the land of democracy and equal opportunity, U.S. leaders had to show that immigrants could overcome anything, even racist and exclusionary policies, to succeed here.

However, Wu says, the portrayal of Asians as the model minority during a burgeoning civil rights movement in the 1950s and '60s was also "a way to discredit the claims of African Americans who were seeking racial and economic justice and demanding massive structural overhauls in American society."

A primary criticism of the model minority stereotype is how it has been used to pit Black and Asian communities against each other throughout American history.

The myth of the model minority also paints Asians as a monolith, when in fact some 23 million Asian Americans trace their roots to more than 20 countries in East and Southeast Asia and the Indian subcontinent. The reduction of numerous ethnicities, origin countries, cultures and historical ties to the U.S. into one racial group leaves the most marginalized Asian American and Pacific Islanders, or AAPIs, out of the equation.

Though Asian Americans have some of the highest educational attainment and median incomes in the country, "the lowest rung on the poverty ladder happens to be Asian, and that is a fact that is widely ignored," says Denise Peck, an executive advisor at the pan-Asian leadership organization Ascend Foundation.

According to the U.S. Census Bureau, members of 12 out of 19 Asian origin groups have poverty rates as high as or higher than the U.S. average; at a share of 25%, Mongolians have the highest poverty rates among Asians in the U.S.

By not acknowledging the disparities within these communities, Wu says, policymakers often ignore issues that disproportionately harm low-income and marginalized Asians and Asian women, including across housing, employment, health care, education, voting access and more.

In recent years, the representation gaps between Asian Americans in higher education and Asian leaders in corporate America have gained increasing scrutiny. Asian Americans are the fastest-growing racial group in the country and make up around 7% of the U.S. population. Nearly 60% of them go to college, compared with 41% of the general population. After school, Asian Americans comprise 13% of working professionals, but as they progress in their careers, they make up just 6% of executive leadership.

In an analysis of national workforce data, Peck and Buck Gee, a fellow Ascend executive advisor, found that Asian American white-collar professionals are the least likely racial group to be promoted into management roles.

This promotion gap isn't due to a lack of ambition or work ethic, experts say, but rather a combination of cultural stigma and biased, if not outright discriminatory, attitudes of those already in top management, which remains overwhelmingly white.

"Generally, Asian Americans are perceived as smart, hardworking, easy-to-manage employees," says Gee. "The problem with that model is that we're also seen as good workers, but not great leaders."

Meanwhile, culture clashes between how some Asian Americans are raised and what corporate America prioritizes may play a role in maintaining the status quo. Some immigrant parents, hoping to assimilate to a new culture, may raise their children to prioritize hard work rather than speaking up to be recognized and promoted.

"Our parents did what they had to do," says Annie Kim, a managing editor in the tech industry who says she was raised with the mentality of: "We're going to put in the work; don't underestimate us. We'll outwork you any day and every day. That's what my mom did, and that's what I did."

But companies have used this stereotype of the model Asian American work ethic to set their employees up to fail. Research has found that Asian Americans were more likely to be promoted to CEO when the organization was on a decline, "because decision makers believe Asian Americans are inclined to sacrifice their self-interest to improve the welfare of others," researchers wrote. When companies want to take risks and grow, corporate America prizes leaders who are perceived to be charismatic, extroverted, assertive and bold — and they're more likely to assume these are inherent in tall, white businessmen.

This experience is similar to what researchers have dubbed "the glass cliff" for women — namely, that high-level women are often promoted at companies during a time of crisis.

Organizations that reward self-promotion, rather than having a system for leaders to proactively identify and nurture diverse talent, may leave Asian American workers behind. Without Asian American representation in management positions, younger professionals may have a harder time finding mentors and sponsors to support their career advancement, therein perpetuating the cycle.

"I didn't have those network connections," says Mike Kim, a former executive at a luxury real estate company. He says he experienced self-doubt in his climb to the C-suite: "Having people that looked like me in those senior roles and guide me — no one did that for me. I had to stay steadfast, almost hard-headed, saying, 'I'm capable of being at the top,' no matter how people looked at me. And I had to continuously fight that battle."

Asian American women face what Peck refers to as a "double glass ceiling."

"It turns out that the racial gap accounts for more of the disparity than the gender gap alone," Peck says. "What that means is if you are an Asian woman, then not only do you suffer from the gender pay gap, but you are also heavily penalized for being Asian."

Prompted by the Black Lives Matter movement and the racial reckonings of 2020, many corporations are now investing a lot of money in diversity and inclusion initiatives. But experts say current efforts, which primarily focus on celebratory events like Lunar New Year or Asian Heritage Month, aren't doing enough to fix career advancement inequities for Asian Americans.

The first thing corporate America can do to make progress, Gee says, is "to recognize the problem and recognize there are things that we can do about it. Then, make development opportunities available to Asian Americans proactively."

He says employer diversity initiatives should take a harder look at whether they're hiring equitably across race and gender overall. For AAPI employees specifically, companies should also be more proactive in promoting equitably so there's greater parity of Asian Americans at the top compared with their representation at the organization overall.

Additionally, he recommends Asian Americans also be proactive in taking up development opportunities when they arise.

Companies can play a role in helping their employees unlearn harmful stereotypes, including the model minority myth, by developing more robust diversity and equity trainings that are inclusive of the experiences of Asian Americans. Leaders can address the promotion gap by providing mentorship opportunities and reinforcing the idea that leaders don't all have to look and sound the same. Beyond their workforce, they can also work to disprove stereotypes by showing a broader range of Asian Americans in their branding and marketing.

Prioritizing diversity in media overall helps minorities see themselves in roles they never considered. And debunking the model minority myth could move the U.S. closer to addressing the challenges Asian Americans face in the classroom, the workplace and in the fabric of American life.

"We can't be lost on the fact that Asian Americans also need a lot of help," says Peck.

Lastly, many members of the Asian American community say there's nothing more important than speaking up and sharing your story authentically.

For Surasmith, the student from L.A., a new spate of humanities classes in high school reignited his passion for learning and improving academically. He eventually graduated from the University of California in Santa Cruz with a history degree and is now a host and producer of Asian Americana, a podcast about Asian American culture and history often not taught in classrooms.

"Sometimes I feel like we're taught to deal with injustice by grinning and bearing it and just trying to prove we belong more by doing extra service," says Surasmith of the ongoing myth of the model minority.

"The reality is," Surasmith says, "Asian Americans have always been part of this country contributing, doing that service for ourselves and for the country and for our communities."