"I'm definitely excited about the opportunity to bring my perspective to the table and to work closely with so many amazing leaders here at Amazon," she tells CNBC Make It. "I'm also acutely aware that this may also be significant for others. They may be inspired by what I'm doing, especially Black students or professionals, and women. It may inspire them to be bolder, to dream bigger or just open their minds to greater possibilities."

CNBC Make It spoke with Boler Davis, 51, hours before news broke that Bezos will step down from his CEO role this summer and will be succeeded by longtime Amazon colleague, and another S-team member, Andy Jassy. 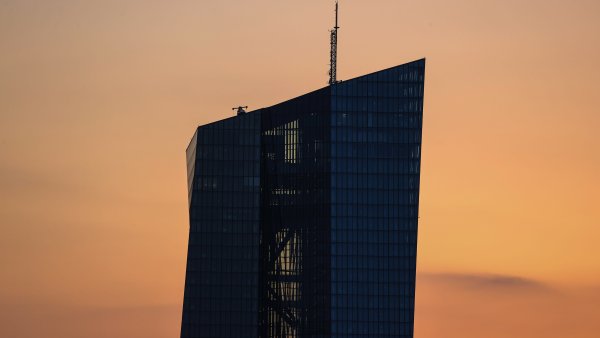 This Amazon Prime Day, It's Not About the Deals. How Other Retailers Are Looking to Win Your Business

It remains to be seen what shifts will take place at Amazon in the coming months. But in many ways, major shakeups are par for the course for Boler Davis' barely two-year tenure with the e-commerce giant.

She joined Amazon in April 2019 as the company's vice president of global customer fulfillment, tasked with leading its worldwide network of warehouses to make the online shopping experience feel seamless for millions of customers.

When she was barely a year into the job, the Covid-19 pandemic hit. Almost overnight, the focus on Boler Davis' work sharpened tenfold as she and the company were called to deliver essential items to a world sheltering in place.

Leading through the pandemic

The items on Boler Davis' to-fix list grew by the second: inundated supply chains; overwhelming demand; a lack of resources, both human and machinery, to fulfill orders — and, of course, the safety concerns of warehouse workers facing a deadly and unpredictable virus.

Early on in the pandemic, Amazon warehouse workers raised concerns about what they felt was a lack of health and safety protocols to protect employees and contain the virus. Lawmakers, regulators, worker rights groups and some of Amazon's own corporate employees pushed the company to do more for their frontline workers.

Boler Davis says moving at breakneck speed to scale operations while leading with safety has been her top concern throughout the pandemic. "I think sometimes when you're moving fast and you're making changes, and if you're not mindful of really explaining the why, it can be frustrating for our employees," she says. "That was really tough to always think about that."

By October, the company confirmed in a report that between March 1 and Sept. 19, Amazon counted 19,816 Covid-19 cases — or 1.44% of the roughly 1.37 million Amazon and Whole Foods Market frontline employees across the U.S. Around the same time, Amazon said it was conducting thousands of Covid tests for employees every day, and it expected to sustain 50,000 tests a day across 650 facilities by November.

As Boler Davis worked to overhaul 150 different warehouse processes — including enforcing social distancing, conducting temperature checks and creating a Covid testing procedure — she also had to ramp up the manpower that would get items into the hands of millions of customers every day. She pushed growth into overdrive: Amazon grew its square footage of facilities around the world by 50% in 2020 alone, Fortune reports (in recent years, Amazon's facilities space expanded by about 15% annually). Throughout the year, Amazon added roughly 275,000 people to its workforce.

By August, after months of leading through multiple operations crises, Boler Davis was recognized for her achievements and promoted into Amazon's exclusive S-team, the largely White and male inner circle that advises Bezos directly. Boler Davis' addition makes her only the fourth woman and the first Black leader to become part of the executive group.

Though Amazon's workforce consists of roughly 27% Black employees, just over 8% of managers are Black. Employees have expressed hope that Boler Davis' position of influence will result in more inclusivity in leadership and in addressing allegations of racism at Amazon's fulfillment centers.

Boler Davis was known for building strong relationships with the hourly workforce at GM, whom she said contributed to many ideas and improvements in how things were done — a relationship she hopes to bring to Amazon, she told Fortune in October.

She says that Amazon's efforts to increase diversity, inclusion and belonging at the company, and in STEM fields in general, were a major draw for her to join in the first place.

The Amazon Future Engineer program, for example, is a four-part childhood-to-career program aimed at introducing underrepresented and underserved youth to computer science and coding in their schools, and inspiring them to pursue a future in STEM through AP classes, college scholarships and paid internships at Amazon.

"Programs like that will make a difference because some of the students just aren't aware of what the opportunities are, or they may not have a belief that they can can do it," Boler Davis says. "And I think these programs can serve to help show that you can. And then I hope I can be an example as well as to what's possible."

In high school, Boler Davis' took part in a GM-sponsored program for students to learn about manufacturing and engineering.

"I spent six weeks attending college courses, taking physics and organic chemistry and calculus, and then also visiting different manufacturing sites, office sites and design buildings within GM," Boler Davis says. "And that's when I said, 'yes, this is really what I want to do. I want to use math and science to solve problems.'"

Though such initiatives can bridge access and entry-level opportunity gaps, she acknowledges more needs to be done to support and promote underrepresented groups at every level.

While pursuing an engineering degree from Northwestern, Boler Davis recalls having many friends and peers who were also Black and had similar upbringings as herself. However, after launching her career in the auto industry, she realized she was often the only woman or underrepresented minority in the room.

"I think we have made progress, but not nearly as much progress as we need to make," Boler Davis says. "I think there are still far too many times when, even today, depending upon the room I'm in, I'm still the only one. And I don't think that's that's acceptable. I think there are a lot more people who are capable who should have the opportunity to also pursue careers in STEM, to be leaders of different organizations, if that's what they are interested in."

Through her time with GM, Boler Davis credits support from many levels of leadership "who pushed me out of my comfort zone, who brought opportunities to me that I was not even considering or who challenged me to think bigger than maybe I was even thinking at the time." Boler Davis adds that colleagues and leaders like GM chairman and CEO Mary Barra would often "stand up for me and talk about why they thought I was ready or why I could do something, and it made a huge difference in navigating my career."

She also credits family members for paving the way for her and encouraging her to follow her passion to fix and to lead.

She hopes today's young Black leaders can accomplish their own beyond-their-wildest-dreams goals, too.

"My advice would be not to be restricted by what you see, or do not let anyone tell you that you cannot be something, that you can't do something, or something is impossible," Boler Davis says. "I like to think about possibilities and to think really big about what can be if we try."

Check out: 23 Black leaders who are shaping history today