From Escape Mutations to Wild Strains: Everything You Need to Know About COVID Variants

Even as global COVID-19 infections drop across the world, leading U.S. health officials are warning of a coming wave of infections as new, more contagious — and possibly more deadly — variants of the virus take hold in the U.S.

Scientists aren't surprised by the emergence of the new variants and have reiterated that the currently available vaccines should still work against them — albeit, a bit less effective than as against the original, "wild" strain. However, top U.S. health officials and infectious disease experts worry that these highly contagious variants, particularly the B.1.1.7 strain that emerged in the U.K, could reverse the current downward trajectory in infections in the U.S. and delay the country's recovery from the pandemic.

"I think we should be assuming that the next wave of case growth, to the extent that we have it, is going to be with B.1.1.7, and that's something that I think everybody has to be even more cautious about," Andy Slavitt, White House COVID-19 senior adviser, told MSNBC last week. "It's nice to see the numbers of cases drop, but it could be misleading."

As the coronavirus spreads, it makes huge numbers of copies of itself, and each version is a little different than the one before it, experts say. SARS-CoV-2, the virus that causes COVID-19, has had plenty of opportunities to spread and replicate. As more people become infected, the more likely problematic mutations will arise.

The three main "variants of concern" that have U.S. officials on edge were first identified in the United Kingdom, South Africa and Brazil. The B.1.1.7 variant first found in the U.K. is rapidly multiplying in the United States and is likely to become the nation's dominant strain by March, according to a January study by the U.S. Centers for Disease Control and Prevention. 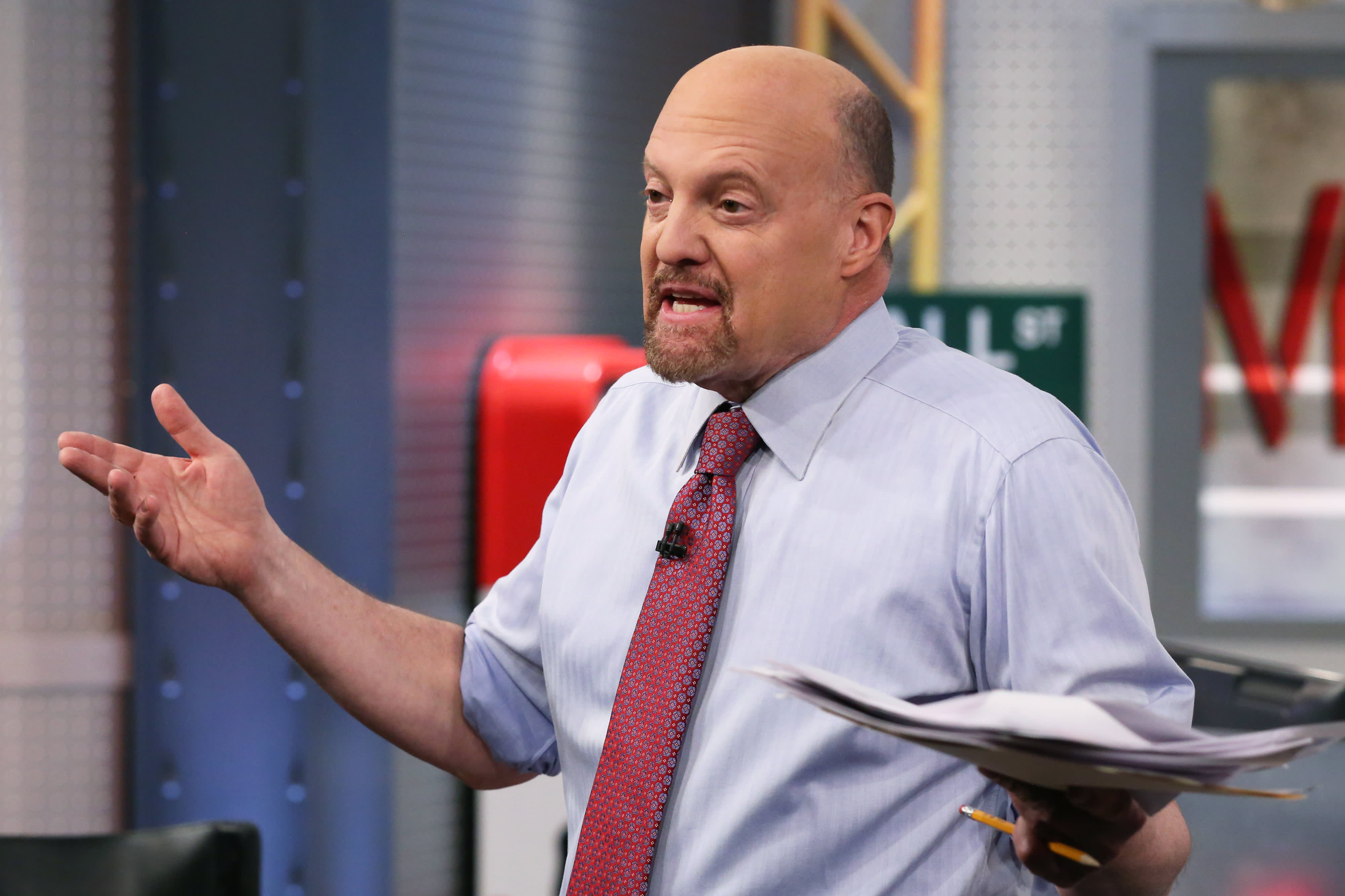 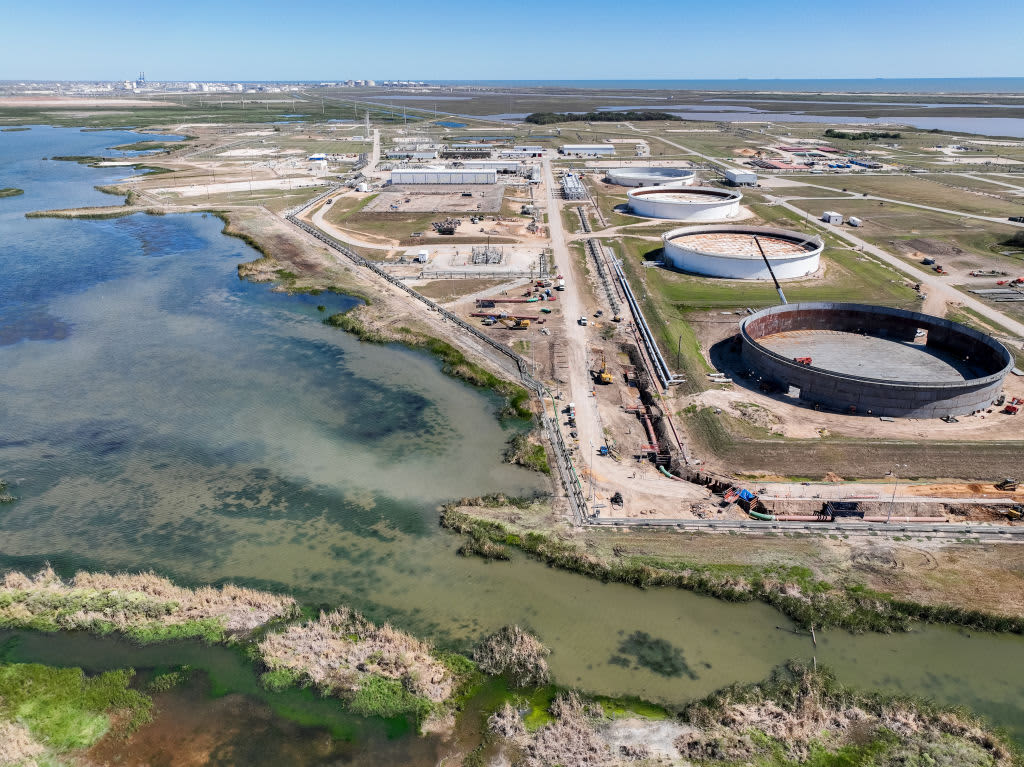 Through mutating, the virus is simply trying to "get to the next host and make more of itself," Dr. Adam Lauring, an infectious diseases expert at the University of Michigan in Ann Arbor, told the JAMA network in a Feb. 4 interview. Like other coronaviruses, SARS-CoV-2 tends to mutate slower than other viruses like the flu because it has a "proofreading" enzyme that fixes some of the changes when it replicates.

In other cases, "escape mutations" allow the virus to adapt to "selective pressure," which is when the virus encounters a population that already has some degree of immunity against it, whether that is through prior infection, vaccination or antibody treatments, that limits its ability to spread but doesn't stop it.

"You can think of it as trying out new solutions," Lauring said. "Either that mutation is going to make you a better virus or a worse virus, and then what you have is selection. Survival of the fittest, for the lack of a better term."

Research shows that more worrisome virus mutations could be coming from people who are immunocompromised since it takes their body longer to respond and clear the virus, giving it more time to figure us out and mutate, said Dr. Dennis Burton, the Scripps Research Institute Chair of Immunology and Microbiology.

Why are some worse than others

Only a small number of variants become a public health concern, infectious disease experts say. Those variants typically become easier to spread, cause more severe illness in people who are infected, or evade some of the protections from vaccines and antibodies.

CDC Director Dr. Rochelle Walensky told JAMA on Wednesday that the B.1.1.7 variant is thought to be roughly 50% more transmissible and early data indicates it could be up to 50% more virulent, or deadly.

There's also evidence to suggest that people infected with earlier strains of the virus could be reinfected with the B.1.351 variant found in South Africa, Walensky wrote in a JAMA viewpoint with White House Chief Medical Advisor Dr. Anthony Fauci and Dr. Henry Walke, the CDC's Covid incident manager.

SARS-CoV-2 is a coronavirus, which is a large family of viruses named "for the crown-like spikes on their surfaces," according to the CDC. Researchers monitor those spikes, or the S-protein, for mutations because they can allow the virus to bind to cells easier or increase the amount of virus a person sheds.

The S-protein has what's called a "receptor binding domain" that acts like the "the hand of the spike" that grabs hold of what's known as an ACE2 receptor on human cells, Dr. Daniel Griffin, chief of infectious diseases for ProHEALTH, told CNBC.

Changes to the S-protein could be a problem because those spikes have been the target of neutralizing antibodies that fight Covid-19 and are created through natural infection or vaccination, Griffin said. They could also impact the performance of monoclonal antibody therapies that prevent people from developing severe illness.

For instance, the B.1.1.7 variant first identified in the U.K. has several different mutations, according to the CDC. One of the key mutations, N501Y, is a change in the spike protein that scientists think help the virus bind to cells easier.

The same key N501Y mutation has separately developed in the B.1.351 variant identified in South Africa and the P.1 variant in Brazil. Both strains have also developed another concerning mutation in their spike proteins, known as E484K.

The CDC warns that this mutation, which has now been identified in some B.1.1.7 cases, could be resistant to antibody drug therapies, and early studies show that it may reduce the effectiveness of some vaccines.

"This is the one that actually gets me concerned," Griffin told CNBC, referring to the E484K mutation.

What this means for vaccines

While the vaccines have still proven to be effective against the variants, there's concern that the B.1.351 strain could present some challenges.

The World Health Organization's immunization director, Kate O'Brien, said on Thursday that these results don't provide much certainty because the number of cases in the South African trial arms were low.

"We're in still these early days of interpreting the evidence and, again, the most important thing is to get more information about what's actually happening with respect to disease," O'Brien said at a press briefing. "In general, we see that the vaccines retain efficacy against disease albeit at a lower level in settings without the variants that are highly prevalent."

Clinical trials from Pfizer-BioNTech and Moderna were performed before the variants emerged, so scientists have been performing laboratory tests to determine how well blood samples from people who were already vaccinated react to lab-constructed virus variants with the key mutations.

Those studies, which look at whether the sera in the blood neutralizes the virus and prevents it from replicating, have shown a reduction in performance when tested against the B.1.351 variant. That "suggest(s) that currently employed vaccines might be less effective at preventing infection due to this variant," Walensky, Fauci and Walke wrote in their viewpoint.

However, your body's ability to fight off the virus might depend on more than just neutralizing antibodies, including T cells and B cells, which could help fight the virus but aren't measured in the early lab assessments, Lauring told JAMA.

The good news is that the Pfizer and Moderna vaccines also showed such a high efficacy rate in earlier trials — roughly 95%. So there's a cushion that would allow for a dip in their performance while still considered effective by doctors, experts say. The shots have also been shown to provide protection against contracting severe forms of disease that would result in hospitalizations or death.

Both Pfizer and Moderna have already said they're working on a booster shot for their vaccines that will hold up better against the B.1.351 strain.

The B.1.1.7 variant was first identified in the United Kingdom in December, but it's thought to have emerged at some point in September. Many experts have credited the U.K.'s ability to conduct genomic sequencing on a wide scale to find the variant.

Genomic sequencing is a laboratory technique that breaks down the virus' genetic code, allowing researchers to monitor how it changes over time and understand how these changes might affect it, according to the CDC.

In the U.S., there are now 1,661 documented Covid-19 cases with the B.1.1.7 variant, 22 cases with the B.1.351 variant and 5 cases with the P.1 variant, according to the CDC's latest data. Officials acknowledge that the U.S. is sequencing a small fraction of cases, and the spread of the variants is likely far broader. The federal government, however, has recently tried to ramp up how many samples it sequences each week to detect these variants and other mutations that may be developing domestically.

The CDC has partnered with public health and commercial laboratories to rapidly scale up the nation's genomic sequencing. Walensky told JAMA Wednesday that in January, the U.S. was only sequencing 250 samples per week in, which has since grown "to the thousands." She added that "we're not where we need to be."

Dr. Ilhem Messaoudi, the director of the University of California at Irvine's Center for Virus Research, said the process can be time consuming and labor intensive, but emerging strains will be missed if laboratories aren't sequencing a certain percentage of all positive Covid-19 test results to find the new mutations, she said.

"Now we're trying to catch up," Messaoudi said in a phone interview with CNBC. "We're like, 'Let's go back and see if we have this.'"

But coronavirus variants aren't just a problem for the United States. If the virus circulates in other parts of the world that are unvaccinated, it could lead to mutations that may threaten the widely deployed vaccines in other countries, the head of the CDC warned on Wednesday.

Eventually, the whole world will need to build an immunity to the virus, or else the variants will continue to be a problem, Burton told CNBC.

"Sooner or later variants will get everywhere if they've got a big advantage" Burton said. "It's a global problem, it's not just a problem for any one country."