Dr. Fauci: ‘We Very Well May Need to Get Booster Shots' for Covid — Here's When

White House chief advisor Dr. Anthony Fauci said people may need to get booster shots for the Covid vaccines in a year, during an interview with MSNBC's Medhi Hasan Monday.

Pfizer released data on April 1 showing that its mRNA vaccine is highly effective six months after the second dose. Pfizer CEO Albert Bourla said that people will likely need a booster dose within 12 months of vaccination, he told CNBC's Bertha Coombs during an event with CVS Health made public Thursday.

Moderna said Tuesday that its Covid vaccine, which uses similar technology, was more than 90% effective at protecting against Covid and more than 95% effective against severe disease up to six months after the second dose. 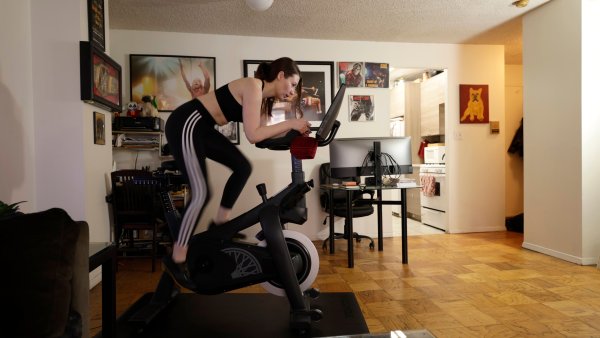 Peloton Or the Gym? More People Are Choosing Both. What That Means for the Fitness Industry

"We know for sure it's effective for six months and highly likely that it will be effective for considerably longer period of time," Fauci said.

The Pfizer study only measured to the six-month mark, and more research needs to be done to determine when or how vaccine protection wanes.

"The way to get the answer is to just follow people closely enough to determine when that level of efficacy or protection diminishes, both with regard to the level of the antibodies as well as clinical data with regard to breakthrough infections," Fauci said. (Breakthrough cases refer to when people who are vaccinated get infected.)

Ultimately, "if it turns out [to last] a year or a year and a half, we very well may need to get booster shots to keep up the level of protection," Fauci said.

Protection could end up lasting two to three years, but the point is that boosters are still on the table as a possibility, he told Politico on April 5.

Moderna plans to have booster shots ready by the fall, CEO Stephane Bancel told CNBC's "Squawk Box" Wednesday. Pfizer said in February that it was testing a third booster dose of its vaccine.

More infectious Covid mutations could also necessitate regular boosters. "We may have cycles where we have to keep boosting people — either boosting them with the original vaccine, which gives you enough antibodies to spill over to the variants, or develop a vaccine that's specific for one or more of the variants," Fauci told MSNBC in March.

At least 23% of the United States population is fully vaccinated for Covid, meaning they have received both doses of the two-dose vaccines from Pfizer or Moderna or one dose of Johnson & Johnson's, according to the Centers for Disease Control.

The CDC told CNN on Thursday that there have been 5,800 breakthrough Covid cases, which represents only 0.007% of people who have been vaccinated.

This story has been updated with Bourla's recent comment on boosters.